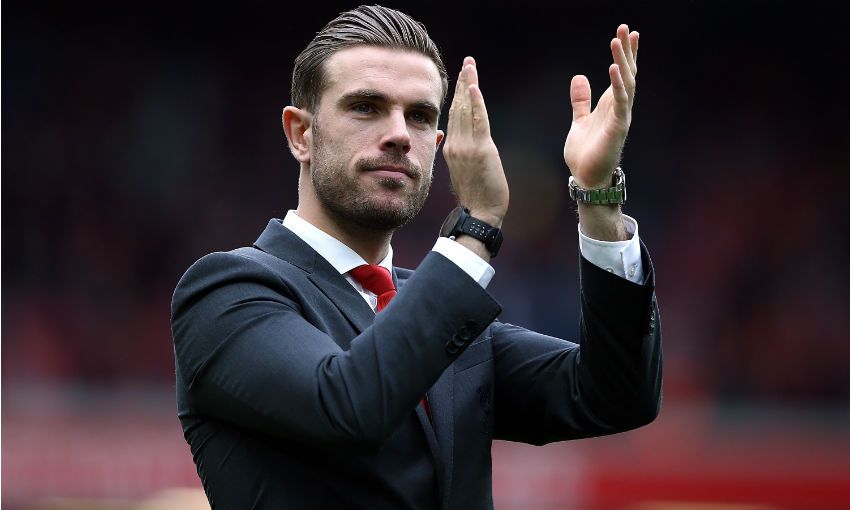 Jordan Henderson insists Liverpool's squad are hungry to challenge for trophies after they secured a fourth-place finish on the final day of the Premier League season.

The Reds sealed their berth in the 2017-18 Champions League qualification play-off round with a comfortable 3-0 victory over Middlesbrough at Anfield on Sunday.

That win meant Jürgen Klopp’s first full campaign in charge finished with Liverpool accruing an impressive 76 points - a 16-point advancement on their final tally in 2015-16.

But while acknowledging the progress they have made this term, Henderson was quick to point out that Klopp’s players want to accomplish more in the years ahead.

“It is a good end to the season. Getting top four is a good achievement and the right step in our development, definitely. It’s a step forward and I feel as though we’re going in the right direction,” the captain told Liverpoolfc.com following the win over Boro.

“But, at the same time, we’ve still got a lot to improve on and we want more. We want to keep winning. We want silverware. And we want to be the best team. It’s a good step but it’s not finished yet.”

Liverpool lost just one of their final 12 Premier League games of the season to claim their spot in the top four.

A difficult period during January and February, which featured a congested fixture schedule and absences of key players, ultimately put paid to any hopes the Reds had of winning the title.

But Henderson - whose involvement was ended prematurely by a foot injury - believes his teammates deserve great credit for their performances throughout the campaign.

“Over the last few weeks I think a lot of the lads have had knocks and niggles and had to just sort of get on with it. But they’ve been fantastic. Over the course of the season they’ve been brilliant,” the skipper, who hopes to be fit for the start of pre-season, said.

“We’ve had our ups and downs but we stuck together as a group. We’re a close group and hopefully that’ll be the biggest thing about our success going forward. It’s been a good season and a tough season. We can’t wait to get started on the next one.”

LFCTV GO: Hendo on top four, his fitness and more

Henderson also explained how the feeling of togetherness within the Reds’ dressing room has helped this term.

“We’re very close as a group, maybe the closest I’ve worked with. That transcends onto the pitch when you can see each other fighting for each other all over the pitch. It’s brilliant [and] that’s what we’ve based our success on,” he noted.

“In terms of going forward, that’s what we want to be about. It’s not about individuals, it’s about everybody together. If we can show that going forward, I’m sure we’ll have a good future.”

However, Henderson, who watched on from the stands, felt the Reds’ all-round team display was laudable in such pressured circumstances.

“Phil was brilliant again. He scored a couple of good goals last week. Again, his free-kick was brilliant, [but] not only him, you can’t pick one or two,” the midfielder added.

“The whole team were brilliant from start to finish. It could have been tense, but I felt we kept the composure, stayed confident and in the end it was very comfortable.”