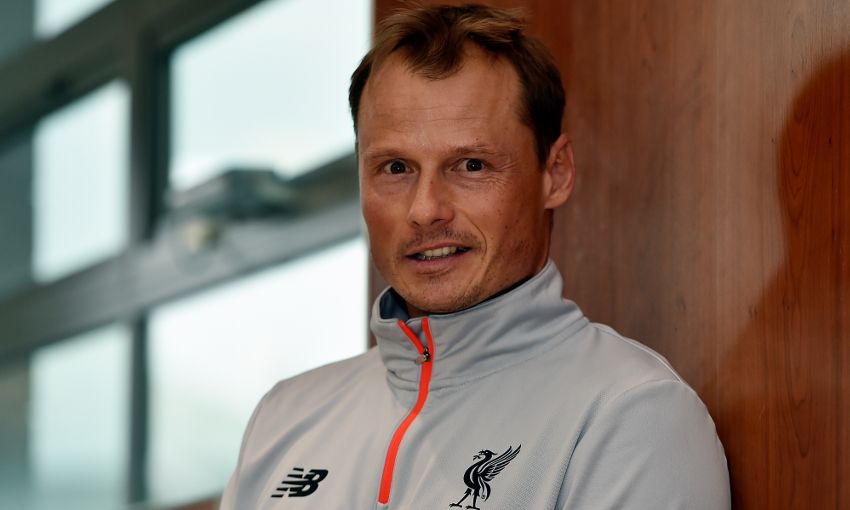 The race for the top four: The permutations

Alex Manninger has confirmed he will retire from professional football upon the expiry of his Liverpool contract this summer.

The goalkeeper will hang up his gloves after a lengthy and distinguished 22-year career within the game, which included spells in the Premier League, La Liga and the Bundesliga and 34 caps with his native Austria.

Manninger – a double winner with Arsenal in 1998 and a league champion with Juventus in 2012 – joined the Reds last summer on a short-term deal from FC Augsburg.

The 39-year-old hasn’t figured in competitive action for Jürgen Klopp’s side, but has been a positive presence at Melwood, offering unwavering support and advice to the club’s goalkeeping ranks and drawing on his experience to help his teammates throughout a busy campaign.

But now Manninger has made the decision to call time on his career – and he caught up with Liverpoolfc.com at the training complex recently to discuss his decision, his year working with the Reds, his thoughts on the current goalkeepers at the club and his plans for the future…

Alex, you’ve made the decision to retire from professional football after more than 20 years in the game…

Yes, it’s true that I’ve made the decision to retire. I wasn’t going to announce it initially, but then I thought if John [Achterberg], yourselves or the club wanted me to, I thought it’d be a nice gesture to announce it via the club I was last with. I thought about it a couple of months ago and I was keen to decide myself, not wait again for the summer and whether I receive a phone call or not. I tried to listen to myself, to my body, and then I said ‘no, that’s enough’. I didn’t want to go too far and let my body decide, or the phone decide if it doesn’t ring, so that’s why I came to the decision of that being it for me. I feel good, I finished at a high level I never dreamed of. If I played for big clubs at my peak, that’s one thing, but to have had this experience now with the staff, coaches and players of Liverpool is fantastic. I’ve had one of the greatest experiences in my career here, but it is time.

Was it a hard decision to hang up your gloves? What kind of emotions were you feeling?

I started to wonder at Christmas time how I’d react to retiring, then I kind of was prepared. I had a couple of little niggles during the season with the calf and a wrist injury. Also [in training], with the quality, I had a couple of signs that left me thinking that maybe five years ago I would have saved the shot and so on. There is always a time and I thought to myself that if I wanted to carry on, maybe it wouldn’t be here [at Liverpool] – I don’t know. I might have needed to drop leagues, change country or go into a smaller competition, so I thought: ‘I will finish at one of the best clubs in the world.’ Then I felt a release, but it was a well thought out decision. 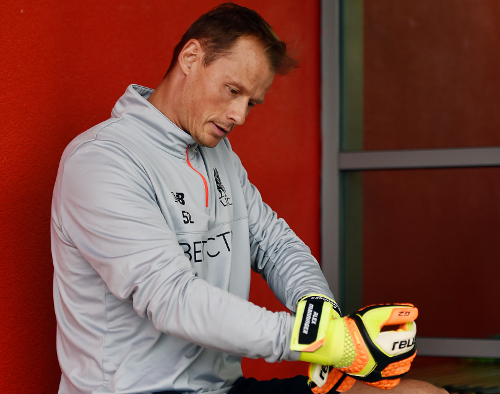 You’ve spent a year at Liverpool – what’s that been like?

Overall, I feel it was a reward. I viewed it as a reward. When Klopp phoned me up, I knew he wasn’t phoning to say, ‘Look, Alex, I need a goalkeeper who will play…’ He needed a goalie to show the right way, how to be disciplined and hope to cope with pressure. I obviously had a few more years under my belt than the guys who are playing. I had a few good discussions with the ‘keepers here, telling them the wheel is always spinning in football – you can be out of the team now, but you’ll be back in at some point. It was easier for me to do that because I was not competition for them and so was in quite a relaxed situation. But even so, I worked every day and kept up my discipline every day, and I really enjoyed it. I took my position on, I never felt left out or felt I needed to be playing. I was fine, although of course it’s natural that I would have liked to have played a game. But, as I said before, the standard of quality here is so high that I will never look back and think I should have played a game here. It’s been a great year, a great experience. I’ve met great quality on and off the pitch. And I’ve had 20-plus great years of professional football, so I am happy with that.

You’ve trained alongside Simon Mignolet and Loris Karius, among others, for the last 10 months. How highly do you rate them?

Simon and Loris are high-quality goalkeepers. They’ve shown that this year. Sometimes in football, it can be unfortunate how things happen – you can be in and out, but that’s our job. Simon, overall, had a fantastic season and did well, match-winning saves and keeping us in tight games. And so did Loris; if you look at some of the cup competitions, he kept us in them a few times. He is a promising, promising goalkeeper. He has so much within himself that he hasn’t delivered yet and he will be back for sure. Overall, Simon made very few mistakes and that shows a good goalkeeper – I can’t remember more than two or three, maybe. He had a very steady season, was very good and is a good professional. It’s nice that someone is rewarded when they work as hard as Simon does.

And how about the young goalkeeping talent here at Liverpool?

There is a lot of talent here. I would say to them, ‘You’re only 18, keep watching John, keep watching the other ‘keepers.’ The mixture is great and I am sure in the next five years there will be another goalie progress through the Liverpool teams. 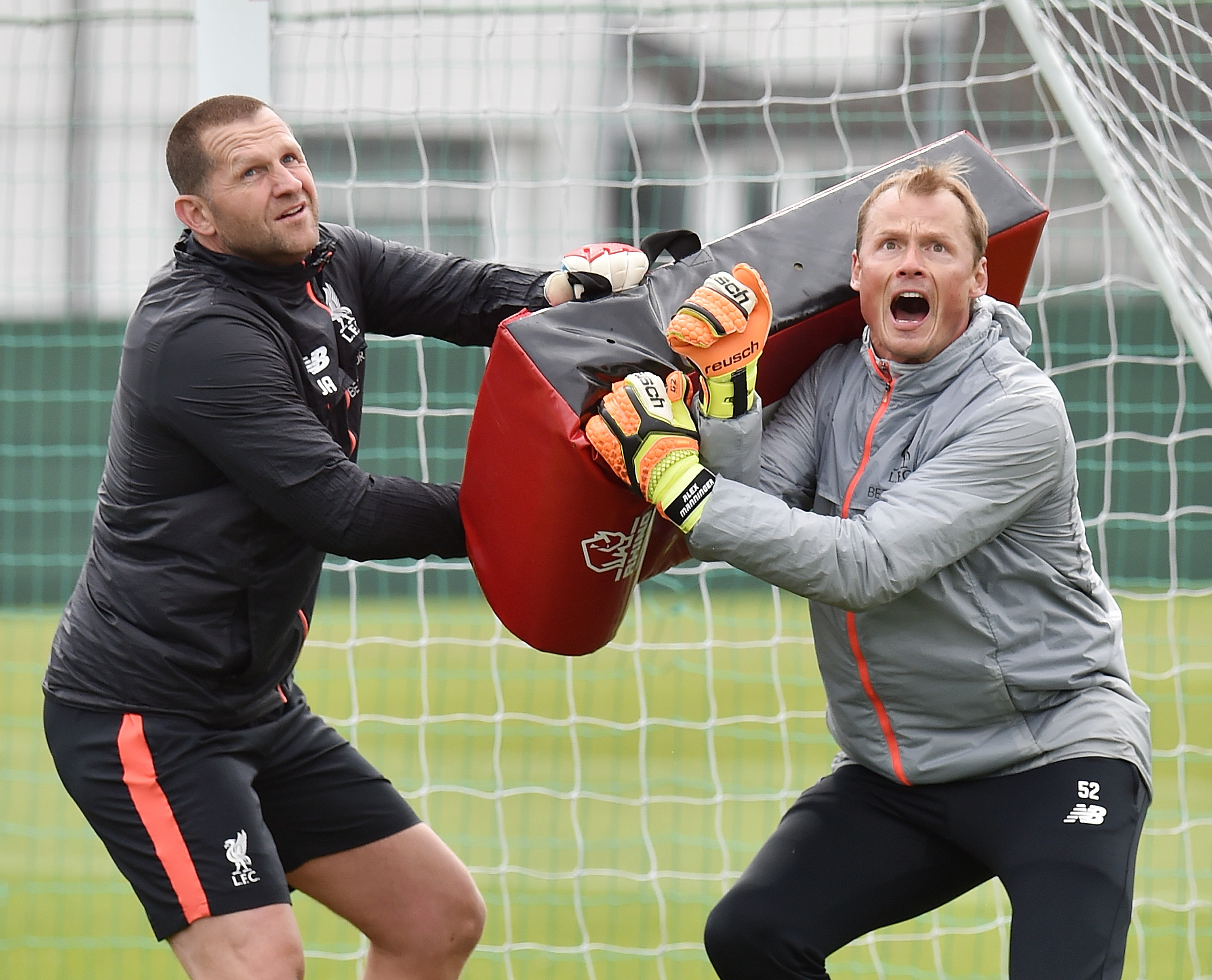 John Achterberg is the first-team goalkeeping coach here at Liverpool – what’s he like to work with?

I think I’ve said often before, I’ve been lucky with goalkeeper coaches in my career. If I see the younger guys playing and doing well, after 22 years in the game I know why – it is a reward from John. A reward of daily work, a reward of seeing things that you need to add to your game these days – playing with your feet, playing high up, coming for crosses and generally playing the modern way. John is developing that here day in, day out. It’s great to see. The goalkeepers here are doing a great job. I told John I felt it was a shame we didn’t meet 10 years ago, but never mind, I’ve made my way in the game. John is a great help because he knows it is his job, he develops himself in his job and he is great for the goalies he is working with because you can see they are getting better. And that is the simplest result of good work – getting better. I enjoyed working with him so much, even though I wasn’t playing, because every day was a pleasure and you could see the sense of the work, which is why I really enjoyed it so much.

So, 22 years in professional football… how do you assess your career overall?

Coming from Austria, 22 years ago when it all started, no-one was waiting for me. No-one. In the modern era, you’d have been watched more by people. Now you have 10 or more examples of young goalies, you’ve got 10 examples of young goalies abroad, you’ve got 10 examples of 10 goalies abroad at big clubs. I was the first Austrian to come to the Premier League, the first young goalie to play for Arsenal – it was all new and great experience. But always looking back, you think things could have worked out differently on one or two occasions. I always say to friends, ‘Yes, it could have worked out differently… but it could have worked out for the worse as well.’ I see it both ways, but overall, coming from a small nation, making experiences in great leagues with good clubs, I would have to say thank you for my football experience. I’ve met great players, played with world champions, players of the year, golden boot winners… I couldn’t have asked for much more 20 years ago, I am very happy. It’s been a great 22 years. Now? Who knows what will come next. You should never say never, especially not in football.

Have you had any thoughts on what may be next, though?

I am kind of sure. It’ll be away from football, but in the future who knows? In one year’s time, I might not be able to sleep, might not fancy a beer in the evening and not be feeling hungry, so what am I missing? Is it football? If it is, I might need to get back into it. If not, I have a list like this [stretches out hands] of things to do, a lot of things to work on, so I am quite looking forward to my time out of football. I will have a rest, but I was a professional joiner before I got into football, so I might go back to my roots – construction work, property work, furnishing and so on. I am very interested in a lot of things away from football, so I am looking forward to some time off.

I am going to keep myself fit. I have been disciplined for 22 years, so why throw that away now? I won’t maybe go to the gym every day at 8am doing the same things I’ve done every day for the last 20-odd years, but I will have a go, stay fit and look after myself. It’s a big goal of mine. 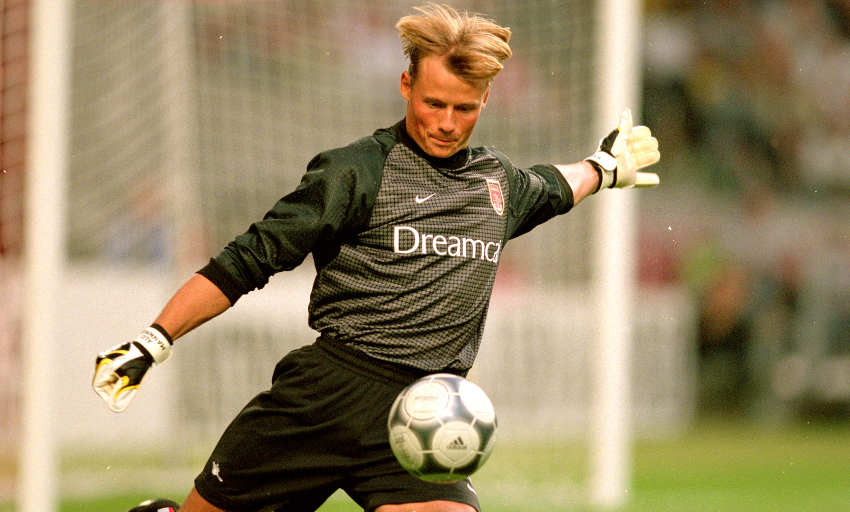 Are you able to pick a highlight of your career?

When you are back in Austria after your retirement, will you still watch Liverpool’s games?

Yes, for sure now. I have to. I have made friends and met great players, who I am sure will give Liverpool trophies and soon. I am convinced of that. I want to see happen what I already know – I want the confirmation because I know something good will happen soon. Liverpool are building something up and I am looking forward to watching that.

Alex Manninger to wear No.13 shirt for LFC

Jürgen Klopp: Why Manninger move was right for LFC