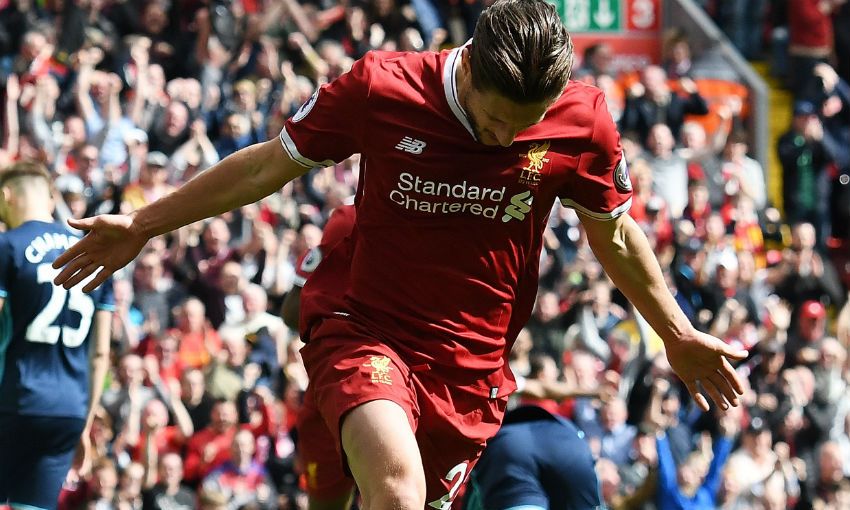 Adam Lallana wants Liverpool to use their top-four finish in the Premier League as a springboard to compete for honours next season.

The midfielder was on target in a 3-0 victory over Middlesbrough at Anfield on Sunday that secured the Reds’ place in the 2017-18 Champions League play-off round.

But while Lallana is relishing the prospect of competing in European football’s most prestigious club tournament, the No.20 feels he and his teammates - along with any new signings Jürgen Klopp makes in the summer - can achieve more in the coming campaigns.

“There had been a bit of pressure the last couple of weeks but I think we’ve dealt with it fantastically. We got our reward after a tough season,” the England international told Liverpoolfc.com.

“It has been a good season, not just myself but I think the team has come on leaps and bounds.

“There is still a lot of room for improvement and hopefully we can continue that in the Champions League next season.

“We’ve got top four now, that was one of the big aims this season. Hopefully we can add to this great squad and really compete for silverware next year.”