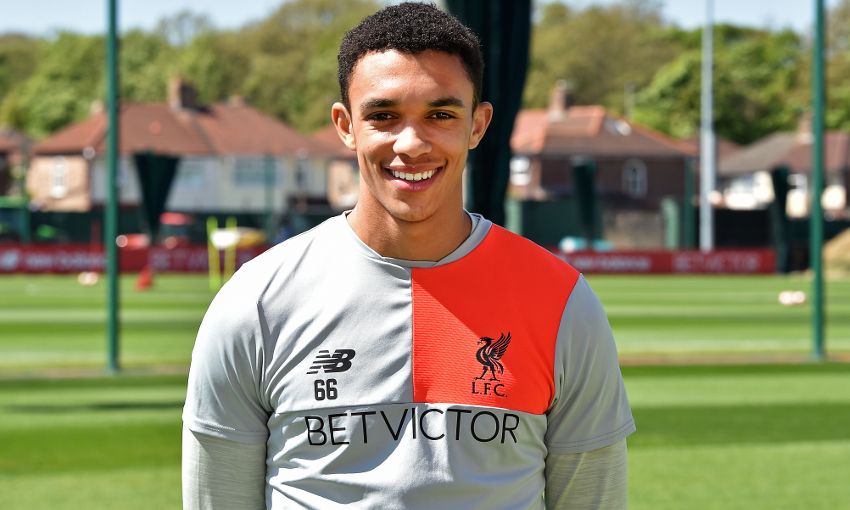 Trent Alexander-Arnold pauses for a moment, looking out across Sydney's iconic Bondi Beach as he searches for his next words during a conversation reflecting on what has been a season of significant personal progress.

You could be forgiven for expecting such a promising teenager to follow this statement up with an arrogant assumption that he is almost the finished article.

But the only thing as striking as this Academy graduate's talent is the sheer humility that accompanies it.

And he makes that abundantly clear when he adds: "Because I make a lot of mistakes.

"But mistakes are part of the game and as long as you learn from them then that's a good thing. 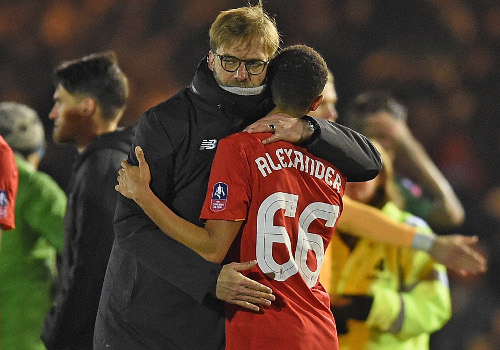 Judging by the testimony of the numerous coaches who have come into contact with him, Trent has never been predisposed to bouts of egotism.

However, when the prospect of the young Scouser and his fellow Academy hopefuls graduating to Melwood full-time emerged last summer, the first-team coaching staff still took no risks.

Each day during pre-season, Alexander-Arnold, Ben Woodburn and Ovie Ejaria arrived for the day's training knowing that they could take nothing for granted.

The No.66 explains: "In pre-season, every day Pep [Lijnders] would come to the changing room and say we were back [at Melwood] the next day.

"It was one of those where you're fighting for your position day in, day out and that helped us during pre-season because we never knew if we'd be back at Melwood or the Academy the next day.

"To fight every day for your position is good. A couple of months into the season, Pep told us that we were fully up there and we moved into the first-team dressing room.

"I'm still not fully settled in because I know that things can change quickly and you never know what can happen in football, it's such a strange game."

Clearly, that approach has paid dividends.

Trent's dedication in training was rewarded in late October when he made an accomplished senior debut in an EFL Cup victory over Tottenham Hotspur, and the club moved to tie him down to a new long-term deal just a matter of days later.

But arguably the biggest marker of the esteem in which he is held by Jürgen Klopp came in January, when the manager showed no hesitation in selecting him to replace the injured Nathaniel Clyne for a vital Old Trafford meeting with Manchester United.

Klopp's faith garnered an accomplished performance from his teenage stand-in, whose reputation continued to blossom off the back of sporadic appearances across the remainder of 2016-17.

And a breakthrough campaign was capped in May when he was named Young Player of the Year at the club's end-of-season awards.

In typically modest style, though, Trent's focus remains on the part others have played in his rise - specifically the boss.

"I can't really explain, I never expected the season to go as it did," he adds.

"I always wanted to try and break into the first team and to do it this season has been a real privilege for me.

"I'm just thankful for the opportunities I've been given and the faith and trust that the manager has given me. It really means a lot.

"Just to have that backing from the manager really helps you perform and it's just a really big thing that he trusts the young lads." 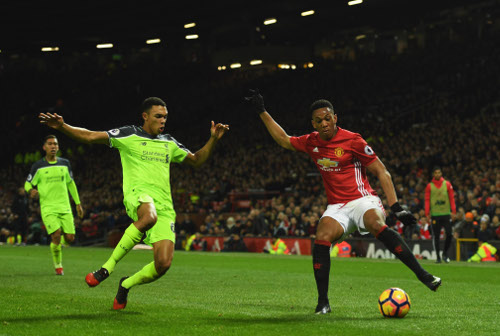 Of course, now is not the time to stand still as far as Alexander-Arnold is concerned.

The West Derby-born prospect has already publicly declared his intention to captain the Reds one day, and the journey toward that goal is just getting started.

He enthuses: "I just try and push on and achieve more than I have this year and that's the main goal.

"To try and stay where you are is not good enough, you've always got to try and push on every season, you can never be satisfied with where you are.

"I think it's important to have goals but I don't set targets in that way, I just set general targets as in trying to play more games than I have this year, be more involved as a squad player.

"Even if it's from the bench then you're trusted most games to come off the bench and make an impact and hopefully I'll prove that next season."