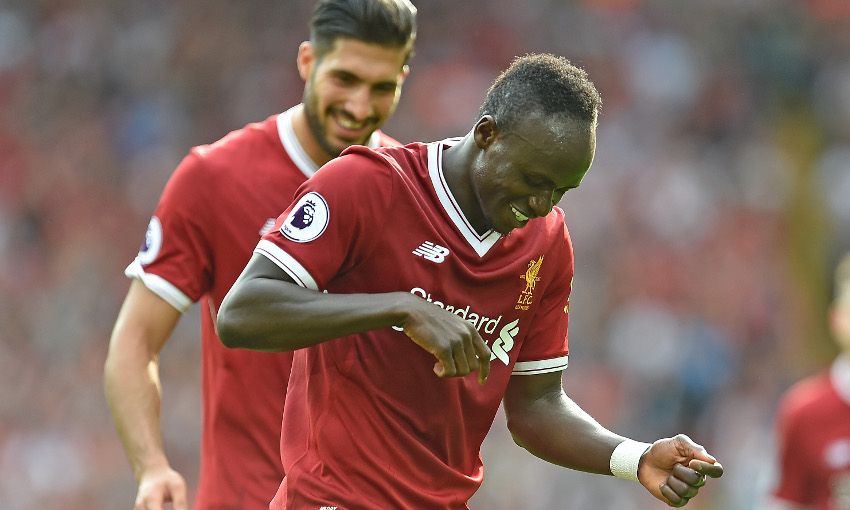 Gini Wijnaldum: We can be proud of ourselves

Confidence is coursing through Liverpool’s squad following a run of four consecutive victories that was capped by Sunday’s 4-0 demolition of Arsenal, Sadio Mane has explained.

An opening-day draw with Watford represents the only game the Reds have failed to win so far this season, with that match at Vicarage Road being followed by Champions League play-off success over Hoffenheim and back-to-back Premier League triumphs versus Crystal Palace and the Gunners.

Mane has started the campaign in outstanding form and, as in the 4-2 midweek victory against Hoffenheim, he teamed up with Mohamed Salah and Roberto Firmino to devastating effect as Jürgen Klopp’s side routed Arsenal at Anfield.

And the No.19 was understandably delighted to have been part of a performance that Klopp described as ‘perfect’.

“I think we played great football, from the beginning and to the end. We also created many chances and the key of the game was we scored most of them,” Mane told Liverpoolfc.com.

“Honestly I think it’s a great moment for us. It’s always important to win because that makes more confidence in the squad and that’s how we feel now. We’re going to try to work hard and try to win the next games.”

In netting on Sunday, Mane became only the second Liverpool player in the last 23 seasons to score in each of the first Premier League fixtures of a campaign, after Daniel Sturridge in 2013-14.

However, the Senegal international was keen to focus on the contribution of his teammates, as well as his own.

“I can say me and the boys have had a special start with the team,” Mane said.

“I think it’s important for us to score goals because it gives us more confidence to help the team more. We’re going to try and keep working hard and give our best for the team all the time.”

Mane was afforded a standing ovation by the home fans when Klopp substituted him for Sturridge late on, and he expressed his gratitude for their support.

“I can’t explain this [the feeling of getting such an ovation]!” he smiled.

“I don’t know how to explain and I don’t know the right word in English, but for me it is special and I will always give my best. Even on my bad days, I will be on the pitch the team.

“I’m very happy to be here at one of the great clubs in the world, so all the time I’ll give my best for this team and to get trophies with them.”

Gini Wijnaldum: We can be proud of our performance

Mane and many of his teammates will now represent their countries before returning to club duty ahead of Liverpool’s trip to Manchester City on September 9.

“It’s very important to go into the international break with these results,” the 25-year-old said.

“We’re going to go and play for our countries and try to make them proud and come back stronger.”