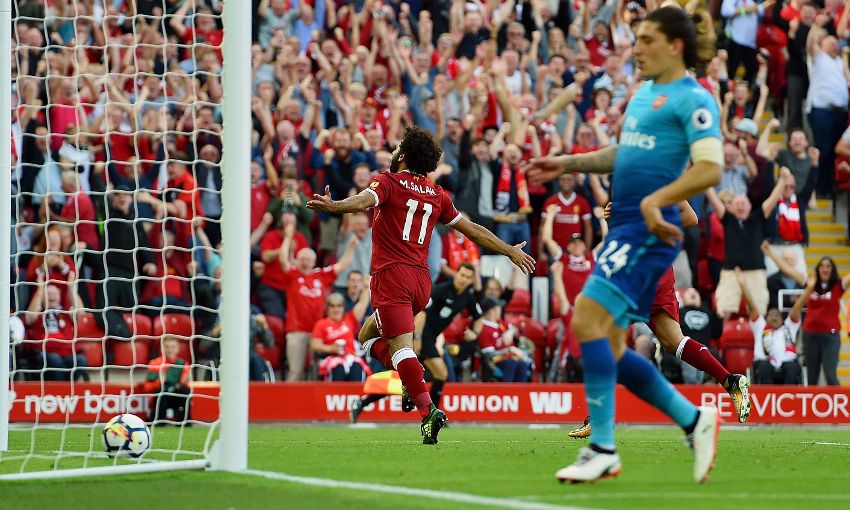 The summer signing made an excellent start to his competitive Reds career with three goals in five Premier League and Champions League appearances during the period.

Salah won a penalty and netted from close range at Watford on the opening weekend of the season, got one of the four goals as Hoffenheim were beaten at Anfield, and struck again in the 4-0 rout of Arsenal before the international break.

The Egyptian yielded 52 per cent of the 32,325 votes cast by supporters on Liverpoolfc.com, ahead of Sadio Mane (20 per cent) and Trent Alexander-Arnold (16 per cent) in second and third respectively.

Take a look at Salah’s August highlights in the free video below – and stay logged on to see the No.11 collect his prize at Melwood in the near future.