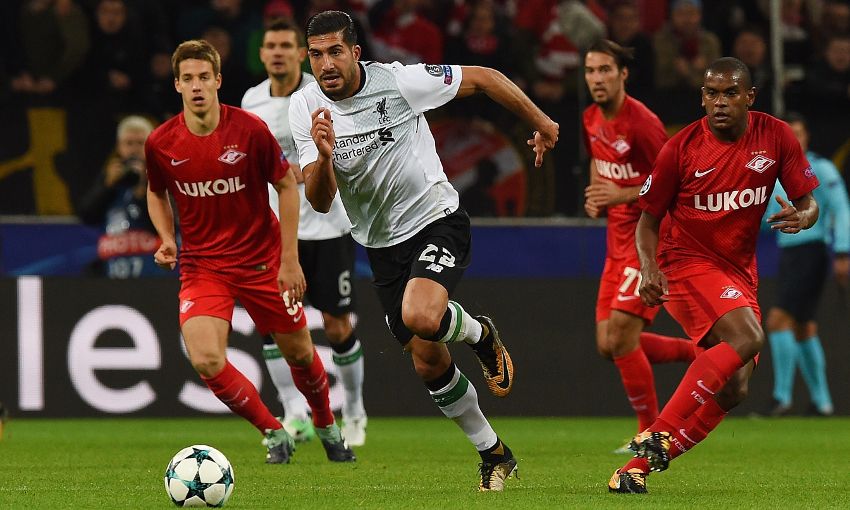 Liverpool were held to a 1-1 draw by Spartak Moscow on matchday two of the Champions League group stage in Russia on Tuesday night.

Fernando’s free-kick put the home team ahead against the run of play midway through the first half, but it was cancelled out by an incisive one-two between Sadio Mane and Philippe Coutinho that enabled the Brazilian to sweep home before the break.

The Reds applied heavy pressure to the Spartak goal in search of a winner throughout the remainder of the tie – with Mohamed Salah coming closest deep into stoppage-time – but they were unable to muster a decider as the hosts claimed a point at the Otkrytiye Arena.

Jürgen Klopp made three changes to his starting line-up as Loris Karius, Trent Alexander-Arnold and Mane all returned.

Liverpool began assertively in Moscow as they set about attempting to secure a first victory of the group stage at the second attempt – and on 11 minutes, they fashioned an opening between Salah and Alexander-Arnold down the right that resulted in the latter scooping a half-volley off target from just inside the area.

Soon after, Salah had an opportunity of his own when he was sent scampering into the left channel of the box, but his low drive was repelled by Artem Rebrov.

The Reds quickly regained possession and Mane swung in a centre that Firmino met with a powerful header, only to watch the Spartak goalkeeper push it to safety. 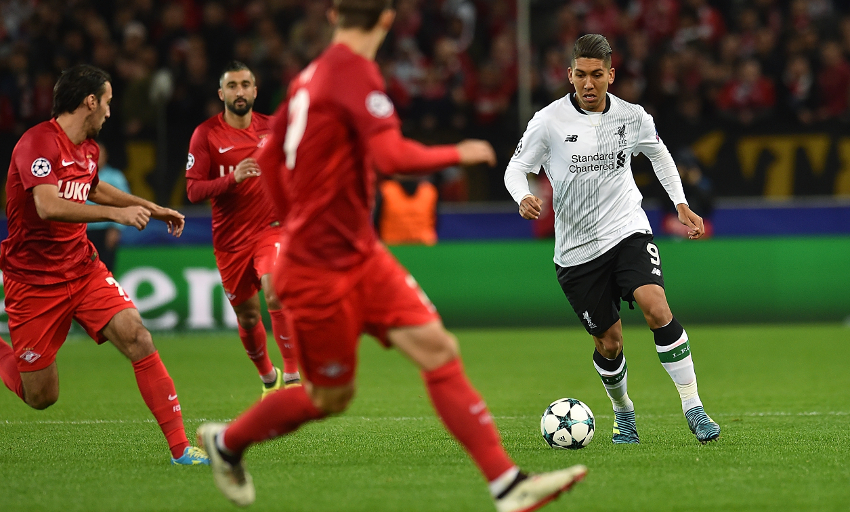 A goal seemed only a matter of time for the visitors – but on 23 minutes, they found themselves behind when Fernando curled a free-kick over the wall and beyond Karius from 20 yards.

Nevertheless, Liverpool didn’t have to wait long to restore parity as Coutinho and Mane played a devastatingly slick one-two to open up their opponents and allow the former to slam into the back of the net from close range.

As half-time approached, Firmino failed to control a brilliant Jordan Henderson delivery from the right when unmarked at the back post before a lightning-paced counter-attack – led by Alexander-Arnold – resulted in a raised flag cutting it short at the last as the Reds seemed destined to net.

The Reds almost manufactured the ideal start to the second period just 90 seconds after play resumed when Dejan Lovren met a Coutinho free-kick from deep with a firm header eight yards out; however, Rebrov managed to get a glove to the ball to push it into the air and onto the top of the crossbar. Although, the Croatian was deemed to have committed a foul in the process.

Then, another Coutinho set-piece – this time sent spinning towards the bottom corner – was tipped away by Moscow’s custodian, while at the other end, Karius was required to keep out Andrei Eschenko’s swipe from the corner of the box.

Back came Klopp’s side and an attack at speed culminated in Mane attempting to slide Salah into space, but he couldn’t turn it home under pressure from Georgi Dzhikiya.

On 66 minutes, Spartak were forced into a change when Rebrov sustained a knock in an attempted challenge with Salah, meaning he was replaced by Aleksandr Selikhov in the home side’s goal. 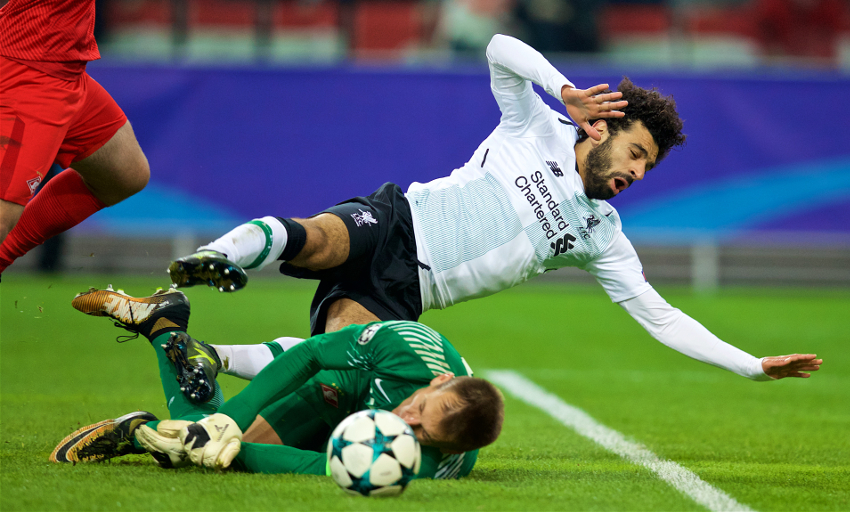 The Merseysiders also made a swap of their own, with Daniel Sturridge entering the fray in place of Mane. Gini Wijnaldum came on for Emre Can shortly after, while Alexander-Arnold went close when he stepped inside and struck goalwards with his left foot.

Firmino then spurned an opportunity when he regained the ball on the edge of the home team’s area, but hoisted over the bar on the spin.

Then, in the 90th minute, Sturridge struck a close-range volley over the crossbar from Henderson’s pass when unmarked, while Salah had a header from yards out clawed away by Selikhov during eight minutes of added time as Spartak ensured they claimed a share of the points.