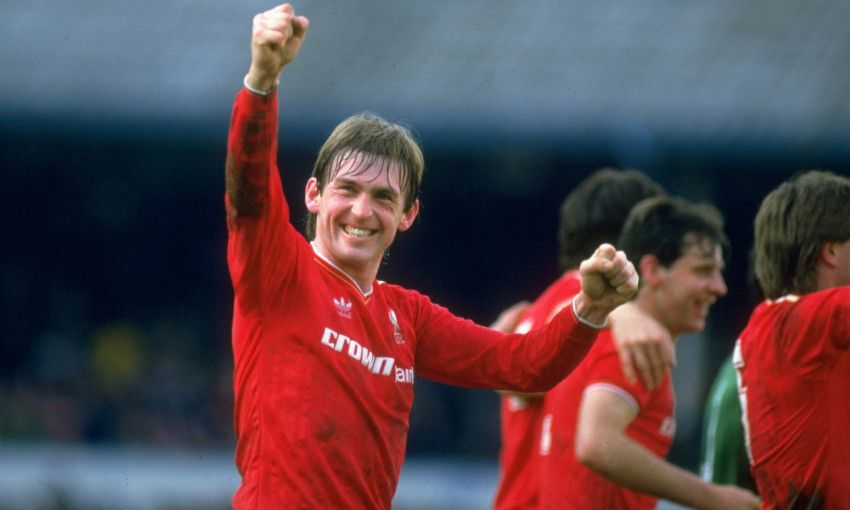 Joe Gomez: My debt of gratitude to Jürgen Klopp

Liverpool Football Club and Kenny Dalglish are a match made in heaven.

With the Scot's services to the club set to be recognised with the renaming of a stand at Anfield today, retrace his long-running love affair with the Reds in our timeline below.

August 20, 1966
Down on Merseyside for a trial, a 15-year-old Dalglish plays for Liverpool's B team as they beat Southport Reserves 1-0. His association with the Reds ends there - for then, at least.

August 10, 1977
Eleven years later, the Scot signs for LFC. He had by that point risen to prominence as a prolific forward for Celtic, scoring 167 goals and clinching nine major honours.

August 20, 1977
Liverpool's new No.7 breaks his duck, netting in a 1-1 draw with Middlesbrough at Ayresome Park.

August 23, 1977
Dalglish marks his Anfield debut with another goal as the Reds beat Newcastle United 2-0.

December 6, 1977
The forward comes up against the man he replaced, Kevin Keegan, in the second leg of that year's UEFA Super Cup. He scores the sixth goal as Liverpool beat Hamburg 6-0 (7-1 on aggregate).

May 10, 1978
Dalglish gets his hands on the first of three European Cup winner's medals. The Scotland international caps a memorable first season at Anfield by scoring the only goal as Club Brugge are beaten at Wembley. 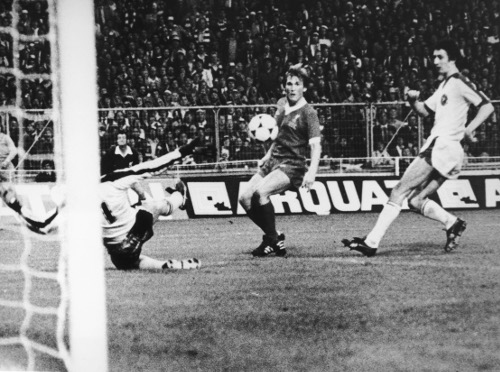 August 27, 1980
Liverpool are without the services of their No.7 for the first time since his debut as he misses a fixture against Bradford through injury. Dalglish's absence ends a 180-game run in the team.

November 26, 1983
King Kenny notches his 100th league goal for the club, slamming the ball into the top corner against Ipswich.

May 29, 1985
Dalglish starts as a European Cup final meeting between the Reds and Juventus ends in tragedy, with 39 supporters dying at Heysel Stadium. The events of that night lead to Joe Fagan stepping down as boss.

May 30, 1985
Kenny becomes Fagan's shock replacement, taking up the role of player-manager.

February 22, 1986
The Scot's first league campaign in charge looks to be heading nowhere as Liverpool slip eight points behind league leaders Everton after suffering a 2-0 defeat to their local rivals at Anfield.

May 3, 1986
Dalglish scores the only goal of the game as Liverpool cap an incredible recovery and surge up the table to clinch the First Division title with a 1-0 win over Chelsea at Stamford Bridge.

May 10, 1986
The Reds pile more misery on their neighbours, beating them 3-1 in the FA Cup final to seal the double in Kenny's first season at the helm.

April 18, 1987
Dalglish scores what proves to be his final goal for the club in a 3-0 win over Nottingham Forest at Anfield.

April 13, 1988
Kenny oversees one of the finest exhibitions of football ever witnessed at Anfield as Nottingham Forest are thrashed 5-0 courtesy of a performance that is still eulogised about by fans and pundits alike.

April 15, 1989
Ninety-six football fans die when Liverpool face Nottingham Forest in an FA Cup semi-final at Hillsborough. Dalglish's dignity and conduct in the aftermath of the disaster is key in helping the city overcome a period of intense grief.

May 26, 1989
Heartbreak for Liverpool on the final day of the league season as Michael Thomas' last-minute strike at Anfield clinches the title for Arsenal at the expense of their hosts.

April 28, 1990
Dalglish and co bounce back as they clinch an 18th First Division title by beating QPR 2-1 at home while their nearest rivals Aston Villa can only draw with Norwich City.

May 5, 1990
The Scot makes his final appearance for the club as a player, coming on as a substitute against Derby County.

February 20, 1991
Liverpool play out an unforgettable 4-4 draw with Everton in an FA Cup fifth round replay. The Reds lead four times but can't hold out to beat their rivals.

February 22, 1991
An exhausted Dalglish brings an end to a 14-year association with Liverpool as he sensationally resigns from his role as manager.

January 8, 2011
King Kenny makes a shock return to Anfield as caretaker boss following the departure of Roy Hodgson. His first match is a narrow FA Cup defeat to Manchester United at Old Trafford. 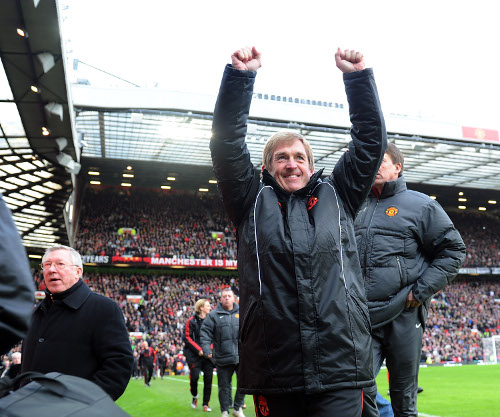 January 22, 2011
The Scot oversees his first win since returning to the hotseat as Wolves are beaten 3-0 at Molineux in the Premier League.

May 12, 2011
Dalglish is confirmed as Reds boss on a permanent basis.

February 26, 2012
Liverpool beat Cardiff on penalties following a 2-2 draw at Wembley to win the League Cup - the only domestic trophy Dalglish had yet to lift as manager.

May 5, 2012
The Reds fail to make it two trophies for the season as they are narrowly defeated by Chelsea in the FA Cup final.

October 4, 2013
King Kenny returns to Liverpool, taking up an invitation to join the club's board of directors.

October 13, 2017
The Kenny Dalglish Stand is unveiled at Anfield.