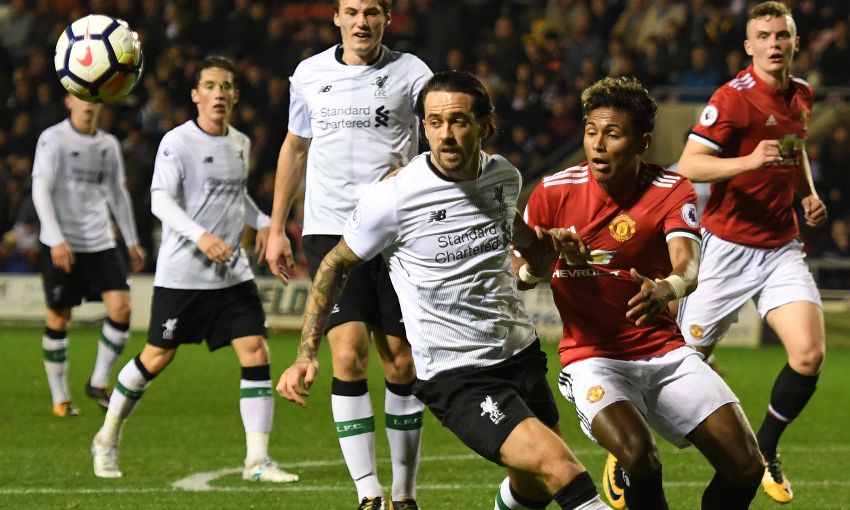 'Klopp will lift the players ahead of Huddersfield clash'

Neil Critchley has no doubt that the goals will soon start to flow once again for Danny Ings.

Since returning from a long injury lay-off, the forward has been a regular figure leading the line for the U23s.

Ings had two efforts cleared off the line in Monday's 3-1 win over Manchester United, and while Critchley admitted Ings was frustrated at not finding the net, the U23s boss had high praise for his all-round contribution.

“I thought the senior players who played at Manchester United were terrific with our younger players, and the way they conducted themselves, approached the game, their attitude and application during the game was outstanding - and Danny epitomises all of that," Critchley told Liverpoolfc.com.

“He is infectious. He is feeling it a little bit in front of goal at the moment, you can see that, but he gets chances in every game.

“He is a Premier League goalscorer and you can see that. Every game he plays he just has that knack of being in the right position at the right time.

“It’s just not happening for him in front of goal at the moment but it will come. When one goal goes in he will get more.

“Danny is very hard on himself, he expects high standards of himself and he wants to score goals, so when he doesn’t he is disappointed.

“We have to just keep reminding him that it will take time and when it does happen he will get a bagful I’m sure, but Danny’s performance and his work for the team was terrific."