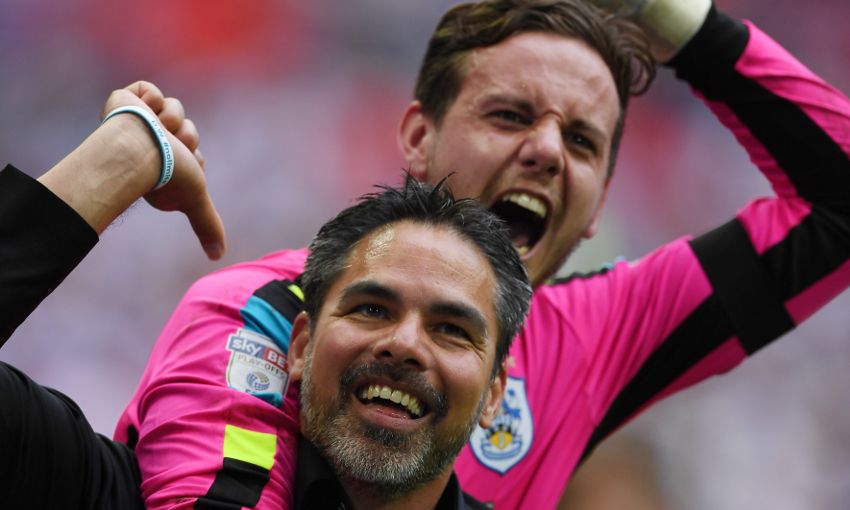 'European football flows through our arteries' - LFC quotes of the week

Nobody in the Liverpool squad better understands the challenge awaiting them at Huddersfield Town on Tuesday night than Danny Ward.

The Reds goalkeeper spent 2016-17 on loan with the Terriers as they secured promotion to the Premier League in unforgettable fashion, and was a hero in the all-important play-off final at Wembley last May.

Having already saved two penalties in the semi-final shootout, Ward kept out one more against Reading at the national stadium to help send David Wagner’s team up to the top flight.

Now, as Liverpool prepare to take on the 14th-placed club at John Smith’s Stadium tomorrow evening, the 24-year-old has provided an intriguing analysis of what to expect from the clash…

You know the team and the ground well – what can Liverpool expect?

It can be an intimidating atmosphere. The Huddersfield fans really do get behind the team no matter what the score is, both home and away. At home, with a big team like us coming to the John Smith’s, it’ll be massive for them and a big occasion. They have shown they can turn over big teams, earlier this season they beat Manchester United and it was fully deserved.

They have learned from earlier games when they tried to play the same way they did in the Championship. They have adapted, they know they can’t really press teams with much more quality than them. They have had to sit in more and be patient and disciplined. It will be interesting to see how they line up. But we’ll obviously focus on ourselves – we believe we’ve got the quality and mentality to go there and do a job.

How much have they changed in terms of quality from last season?

They have upgraded in certain areas, and spent a lot of money. I remember being there last year and their record signing was £1.6million; at the start of the summer they were buying players for 10 times that. That was strange to see. But they have still got the nucleus of the boys who were there last year and they have got a real spirit in the changing room.

That filters down from the owner, who is a big Huddersfield fan, has lived in Huddersfield all his life and loves the club. That filters all the way through to the players and the supporters. They’ve got a real bond there between everyone at the club, not just the players but the staff around the place. The supporters are fully behind the team no matter what.

He is very similar to the manager here in some ways but completely different in others. The way they set up and like to play is very similar. Being at Huddersfield and Liverpool is two completely different sizes of club. Huddersfield know what they are; David Wagner used to drum into us that we were a small dog who wanted to take on all the big dogs, and that was in the Championship last year. Now, every team they play is a big dog.

They scrap for their lives and he has instilled that mentality in all of the boys there. They believe in his way of playing and they have shown they can adapt. Tactically, he is very astute. And as a man, he was brilliant for me; he gave me good feedback, he told me what I was doing right and wrong, what he wanted you to keep doing. He was the same with every player and treated them the same, whether he inherited them or brought them in. His man-management skills are top-class.

You must still feel a connection with Huddersfield and want them to stay up?

That goes out of the window on Tuesday! But the group of players we had when we got promoted was such a special thing. We were touted by many people to go down and finish bottom of the league. Even at the midway point when we were up at the top of the league, we were still getting ‘they’re going to fall away’.

There was a siege mentality that brought everyone together at the club. I found it quite special. To finish the way we did and get the club promoted to the Premier League was very special and will always stay with me. It’s a club that I’ll always have close to my heart, but first and foremost I play for Liverpool so we need Liverpool to win on Tuesday.