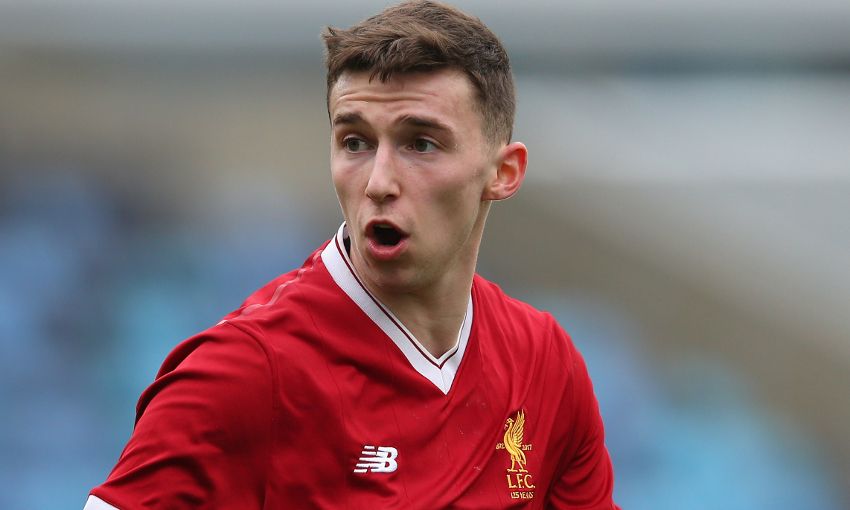 Conor Masterson received the news on the eve of Liverpool's first Champions League quarter-final for nine years: a place in the squad was his.

When injury denied Jürgen Klopp the services of Joe Gomez, Ragnar Klavan and Joel Matip ahead of the first leg against Manchester City on Wednesday night, the Reds boss sought defensive back-up in the form of the U23s centre-half.

Masterson had previously made the bench for the senior team when Klopp selected a youthful travelling group for the FA Cup tie at Exeter City in January 2016.

But this was another level for the Republic of Ireland youth international, who handled the opportunity with maturity beyond his 19 years.

“It was an unbelievable experience from start to finish,” he told Liverpoolfc.com.

“It was great for me – and obviously the team to get the win. Jürgen came to me [on Tuesday] and told me I’d be involved. I just got myself ready.

“You have to adapt whatever comes your way. You have to learn from it and experience it. That’s what I did.”

As he focused his mind on the all-Premier League showdown at Anfield, which the Reds went on to win 3-0 in thrilling fashion, Masterson did afford himself a special call home.

“I told [my family] on Tuesday night so they flew over and they were watching. I said I’d give them a wave. It was nice,” explained the young man who wore No.63.

Next up for Liverpool is the Merseyside derby at Goodison Park this weekend, before the Champions League last-eight tie comes to a conclusion in Manchester on Tuesday night.

That could mean Masterson does not have to wait long for another opportunity.

“Obviously I want to [be involved against Everton on Saturday] but whatever Jürgen says you have to deal with. Hopefully I can be involved, fingers crossed,” he added.