Virgil van Dijk is confident of building on his impressive first half-season with Liverpool as he insisted: "I can improve in every aspect of the game."

The Netherlands international was an imperious performer across his 22 appearances for the Reds after joining from Southampton on January 1.

Along with compatriot Georginio Wijnaldum, the centre-back returned to Melwood for pre-season today – his 27th birthday – and took fledgling steps towards the new campaign.

“Like I said when I arrived, I want to achieve everything possible with this beautiful club,” Van Dijk told Liverpoolfc.com after completing a programme of stretching exercises, lactate test and gym session at the training ground.

“We’re going to work our socks off and do everything possible to make it happen this season. We were very close to silverware but obviously not close enough.

“I can improve in any aspect of the game. At the moment, it’s getting back to full fitness, making sure I’m getting better and stronger than I was before. I will work every day and do everything possible and no doubt it will happen.” 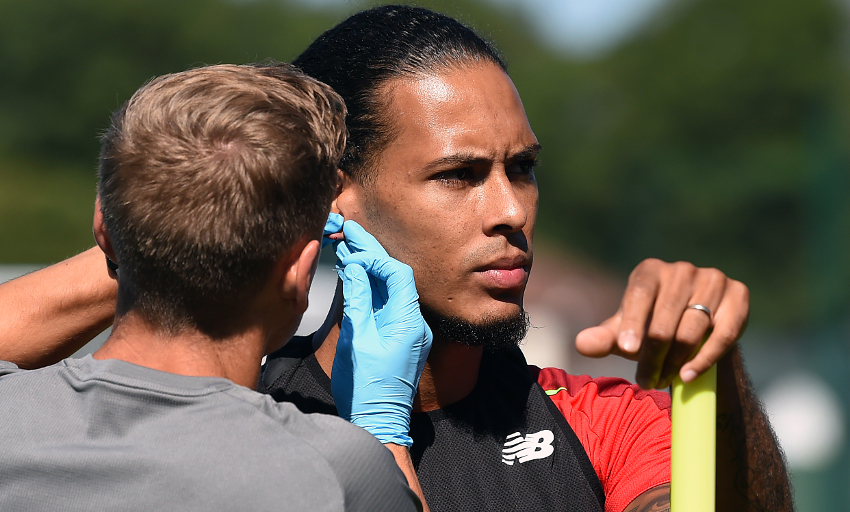 His slightly later return due to international commitments after the end of last season means Van Dijk’s first outing of the summer is likely to be the trip to Bury next Saturday.

“If everything goes well, hopefully next weekend I’ll get my first minutes of the season. We’ll see,” said the No.4.

“I’m just happy to be back and now we can get back to work. We have great games coming up and we’re going to work very hard. I’m looking forward to it.”

Van Dijk admitted undertaking the first day of pre-season on his birthday was an unusual experience.

But it did mean he – and goalkeeping coach John Achterberg – received a special serenade from the rest of the squad as they recovered from Saturday’s friendly win at Chester FC.

“The presents were all the tests I needed to do today! It’s a bit strange to do all these things on your birthday but you can’t really complain,” said the Dutchman.

“When anyone has a birthday everybody has to sing in their own language. It was nice, it was good to see and enjoy.”