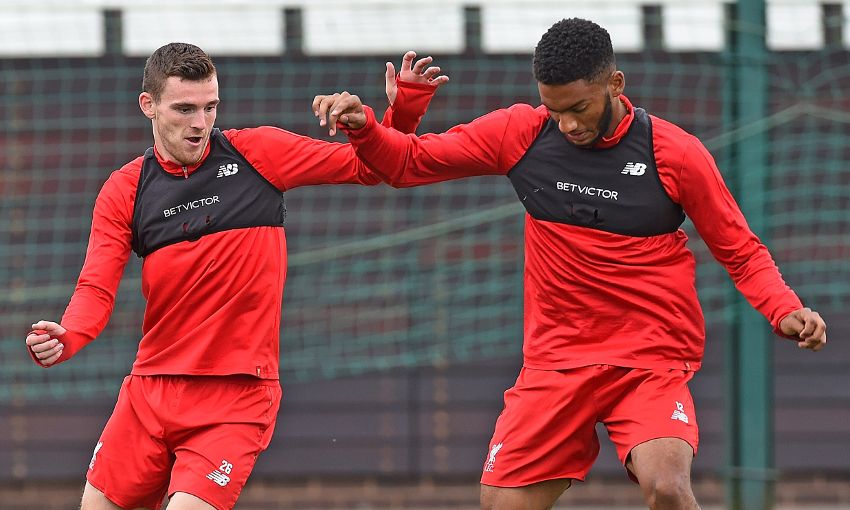 The eight-day gap between Liverpool's first two Premier League games of the season has been a useful opportunity to fine-tune, according to Joe Gomez.

Having beaten West Ham United 4-0 in their opener last Sunday, the Reds have to wait until Monday night to return to action against Crystal Palace at Selhurst Park.

Gomez admitted the positivity generated by the rout of the Hammers meant Jürgen Klopp’s side might have liked another match to come quicker.

But the break has allowed for an extension to the important work carried out on the training pitch in pre-season – and for those who did not start against West Ham to get game time in an alternative way.

“You can build and continue to progress and work on things. I know the coaching staff appreciate the gap,” Gomez told Liverpoolfc.com.

“Like on Wednesday, you can use it to get some minutes in the legs and play a training game.

“There are pros and cons when you have a good result or a bad result – sometimes you just want to get straight into the next one. But it’s time for us to build and try to progress and work on things in training, and the tactical aspect.”

Palace recovered from losing each of their first seven Premier League fixtures last season to eventually finish 11th in the table, missing out on the top 10 only due to goal difference.

Roy Hodgson’s team made an impressive start to the new campaign, too, claiming a 2-0 victory at Fulham courtesy of goals from Jeffrey Schlupp and Wilfried Zaha.

The talismanic influence of the latter, alongside the power and pace of the likes of Christian Benteke and Andros Townsend in attack, make the Eagles a tricky side to contain.

And Gomez will be doing his homework before the trip to Selhurst Park.

“If you look at them as individuals, the team they have is probably a lot better than some of the results they had last season,” said the No.12.

“They built up a bit of momentum towards the end. They have got some real top-quality players. That’s the Premier League, no game is easy, and I don’t think this will be any different.

“You try to be aware of their strengths and there are some significant ones in players like Benteke – obviously he was here and everyone knows how powerful he can be – and Zaha and Townsend.

“They have got good strength going forward. We have to try to do our best to deal with their threats and be ready and aware of them.”