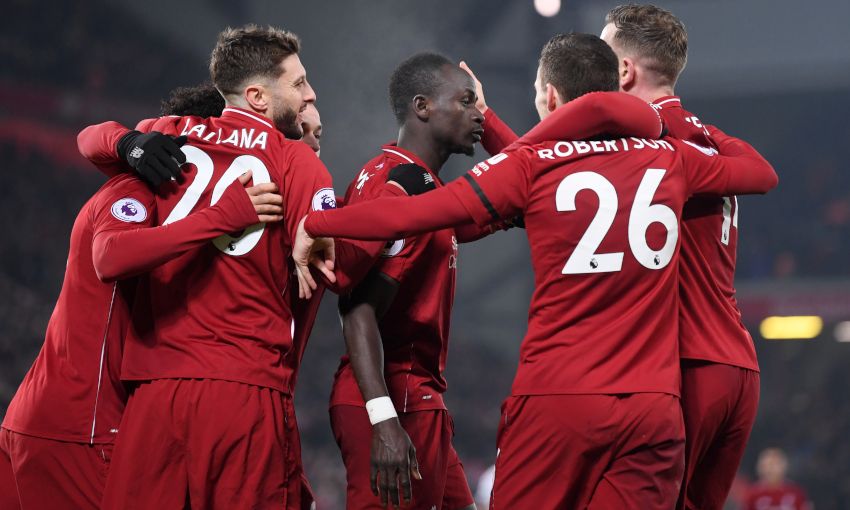 Of Liverpool's 19 Premier League victories so far this season, Sadio Mane considers Saturday's frantic one over Crystal Palace the biggest.

Jürgen Klopp’s men have posted a series of controlled successes to top the table but had to secure a result in much different fashion against the Eagles at Anfield.

The Reds trailed 1-0 after 45 minutes and were pegged back when they overturned the score with two quickfire goals in the second half.

Further strikes from Mohamed Salah and Mane put Liverpool clear, though Max Meyer’s finish set up a tense final minute with the hosts down to 10 men due to James Milner’s dismissal.

Relief was therefore the overriding emotion inside the stadium at full-time and Mane stressed the importance of securing three points from a testing afternoon.

Asked if it was his side’s biggest win of the campaign so far, the Senegal international told Liverpoolfc.com: “100 per cent.

“For sure, it was not our best performance but the most important thing for us was the three points. We got them and everybody is happy.

“They played very well in the first half. They scored goals, they were very compact and it was difficult for us to pass between the lines.

“In the second half, we tried to push with the fans behind us and we scored two quick goals. At 3-2 it became more difficult and then we scored a fourth goal.

“It was still a very tough game but [we got] three points.”

Mane’s 10th goal of the season ultimately proved to be the winner.

With the clash in stoppage-time and Liverpool’s lead 3-2, the forward collected Andy Robertson’s pass on the stretch and sprinted towards the box before threading a shot past Julian Speroni.

“It was a good goal at a good time. We were a little bit [more] relaxed after so much pressure,” he added.

“After 3-2 and 4-2, them coming again was tough but we did quite well and finally won – that’s the most important thing.”