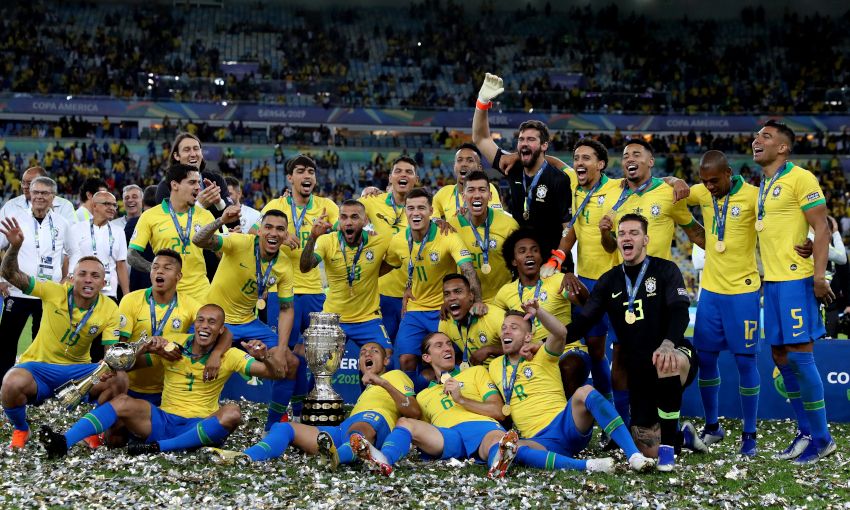 Origi and Shaqiri set to return to Melwood on Monday

Alisson Becker and Roberto Firmino celebrated Copa America glory with Brazil after a 3-1 win over Peru at the Maracana on Sunday night.

The Liverpool pair were in the Selecao starting XI for the tournament finale in Rio de Janeiro, where goals from Everton and Gabriel Jesus sandwiched a Paolo Guerrero penalty in the first half.

Alisson played the whole of the match while Firmino was substituted with a quarter of an hour remaining as Tite’s side sought to preserve their lead once Jesus was shown a red card midway through the second half.

The Reds duo are now set to take an end-of-season break before returning to Merseyside for the 2019-20 campaign.