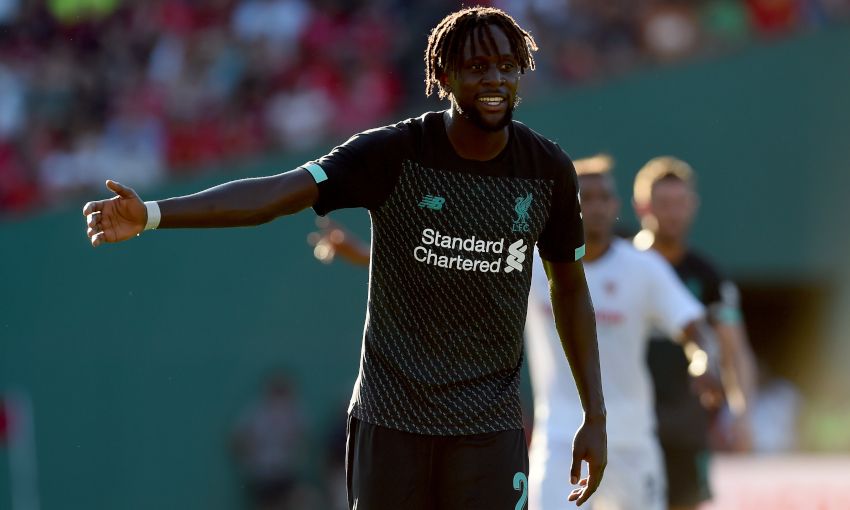 The Liverpool striker netted at the home of the Boston Red Sox on Sunday night as Jürgen Klopp’s side were edged out 2-1 by Sevilla in a tetchy affair.

While pre-season matches are predominantly about gaining fitness, the opportunity to grab a goal at one of world sport’s iconic venues meant something more to Origi.

“You feel a bit at home,” the Belgium international told Liverpoolfc.com in his post-match assessment of the second game of the Reds’ USA tour.

“Playing at Fenway Park, it’s special to see all the fans and connecting with them in America as well, so I was happy I could score in front of the Boston fans.”

Origi’s close-range equaliser came after Nolito had swept in a forceful finish to put Sevilla in front.

The La Liga side went on to secure victory through Alejandro Pozo at the very end of a second half that was tarnished by a red-card challenge on Yasser Larouci by Joris Gnagnon.

Despite the second successive defeat in the States, Origi saw positives for Liverpool to carry with them as they look forward to facing Sporting CP in New York on Wednesday.

“It was another step in the pre-season,” said the No.27. “We played against a good team in Sevilla and we tried our best.

“I think we did a lot of good things and there were things we can still work on but again that’s why the pre-season is there. We will just try to use this game and go forward.

“Physically, we are getting more minutes in the legs, and in the end we just try to implement everything. I think we still have to work on some things, which is normal, but looking positively to the next step in the pre-season.”