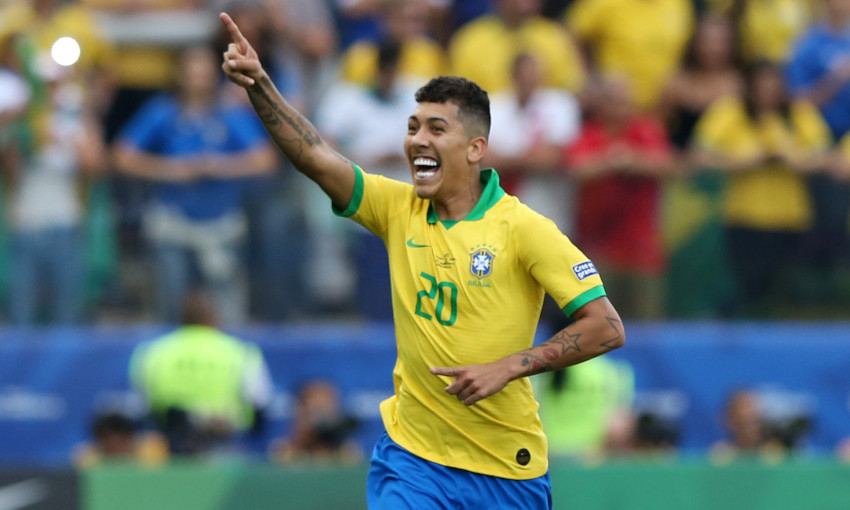 Roberto Firmino scored a sublime goal and Sadio Mane won a penalty as Brazil and Senegal played out a 1-1 draw on Thursday.

The Liverpool forwards were on opposite sides for the international friendly in Singapore, where Reds midfielder Fabinho was on the bench for Brazil.

Firmino needed just nine minutes to put his country ahead.

Moving onto a through pass by Gabriel Jesus into the Senegal penalty box, Firmino delicately lifted a finish up past the goalkeeper and inside the right-hand post for the opener.

The African side grew into the game, however, and Mane fired a warning midway through the half when his pace fashioned a shooting opportunity from the left channel that Ederson pushed out.

But direct running from the Liverpool No.10 did help to draw Senegal level moments before the break.

Mane surged into Brazil territory from his position on the flank and was eventually felled in the area by Marquinhos, allowing Famara Diedhiou to step up and drive a penalty into the bottom left corner.

Firmino was withdrawn just shy of the hour mark as there was little to separate the teams in the second period, with no further goals. Mane completed the whole game, while Fabinho was an unused substitute.

Brazil play a second friendly fixture in Singapore this Sunday, with Nigeria the opposition for Tite’s Copa America champions.