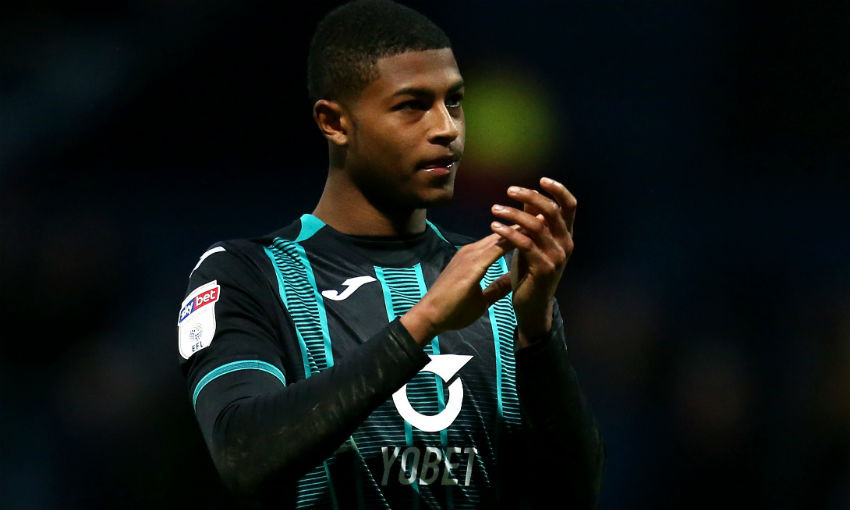 Rhian Brewster scored his second goal for Swansea City to earn his loan club a 1-1 draw with Preston North End on Saturday.

A poacher’s effort from the Liverpool striker ensured Steve Cooper’s side claimed a point from the tussle between two Championship play-off hopefuls at Deepdale.

Brewster told Swansea’s official website: “That’s two goals in four games for me now. I’ll take it. I’m just trying to help the team get promotion so anything I can do, I will.

“It wasn’t the cleanest of strikes; I just tried to get something on the ball because I knew it was an open goal, but they all count and I’ll take it.

“Hopefully, I can keep kicking on now. We’ve got a home game against Derby next week to look forward to.

“I’ll try to get another goal if I can and help the boys get the three points.”

Meanwhile, in the battle to avoid relegation from the Premier League, Harry Wilson helped Bournemouth to a vital 2-1 victory over Aston Villa.

Loris Karius’ Besiktas beat Rizespor 2-1, and there were draws for both Marko Grujic and Nathaniel Phillips in Germany. Grujic’s Hertha BSC played out a goalless stalemate with Schalke, with Stuttgart and Phillips being held 1-1 at St Pauli.

Sheyi Ojo featured as Rangers drew 0-0 with Aberdeen at Ibrox, and Ovie Ejaria completed all of Reading’s 1-1 draw against Cardiff City in the Championship.

Elsewhere in England’s second tier, Herbie Kane came off the bench as Hull City lost 5-1 to Brentford, while Academy duo Rhys Williams and Daniel Atherton each enjoyed wins in the lower leagues.