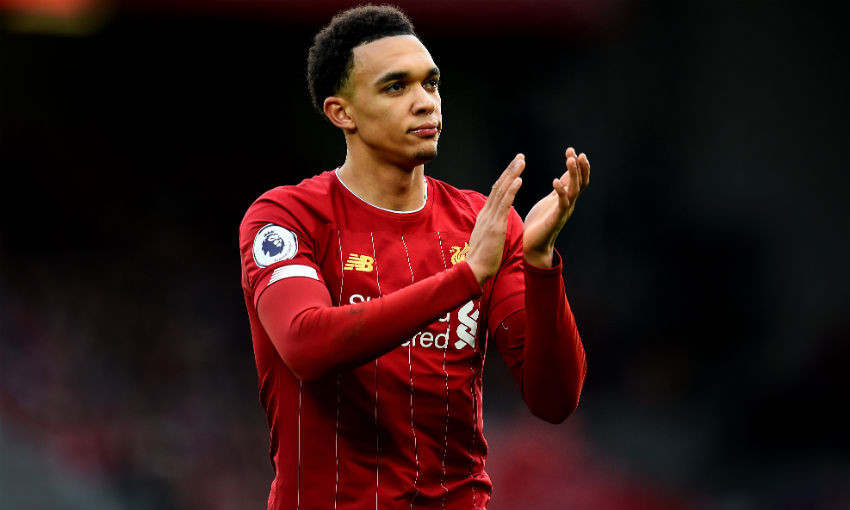 Lucas Leiva can recall a 16-year-old Trent Alexander-Arnold on a 'different level' and his belief early on that the full-back would become one of the best in the world.

Lucas was an important member of the Reds squad around the time Alexander-Arnold started to gain a taste of life in first-team football in the 2015-16 and 2016-17 seasons.

Even back then, the Academy product was displaying some of the qualities that saw him become a Champions League winner and Ballon d'Or nominee at the tender age of 21.

Speaking on LFCTV's Legends in Lockdown show, Lucas said: "Well, I remember a few moments of Trent. I remember he came with us to play in a friendly game and I think he was 16. He was very shy and Brendan [Rodgers] was in charge.

"I remember he wasn't comfortable but we could see he was at a different level, I would say, for his age, his quality on the ball.

"So after he started to train with us in the first team he waited patiently, but we were sure that he would be a Liverpool player and he would be one of the best players in the world.

"I was sure because you just could see on a daily basis how many qualities he had, his crosses and his passing. He is just a complete full-back."

Watch: This week's Legends in Lockdown in full

The current Lazio midfielder added: "Of course, he still has to improve a lot but he's already done amazing seasons.

"I think the last two seasons he has been a star player. Trent is a good boy, he's a Liverpool boy and we can see how much he enjoys playing for Liverpool.

"I always try to help the young players – I think it's important to make them feel comfortable and after it's up to them to learn and improve."