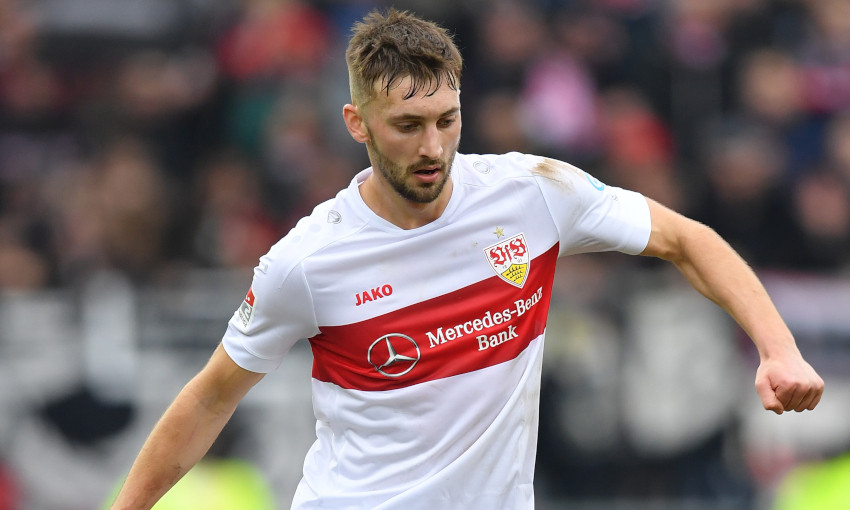 As German football gears up to return to league action this weekend, so too are several current Liverpool players.

Phillips and Stuttgart restart 2. Bundesliga duties with a trip to SV Wehen Wiesbaden in a fixture that will take place behind closed doors at the BRITA-Arena.

Die Roten, who currently sit second in the table, have not contested a game since a 1-1 home draw with Arminia Bielefeld on March 9 following the suspension of football in Germany due to the COVID-19 pandemic.

However, after receiving government approval, the professional game will start up again this weekend after a gradual – and carefully managed – return to training for clubs in recent weeks.

“We were training in small groups for a while,” Phillips told Liverpoolfc.com this week. “We have probably been doing that for about three or four weeks already. That was obviously a different experience, it’s not often you have to train in small groups like that – for an extended period, anyway. But that was enjoyable; more enjoyable than having to do individual training and running on our own.

“Then we’ve been training as a team since last Thursday, I think. Obviously it’s different because it’s probably the longest I’ve gone for a while, barring injuries, not training as a team. Even when you have an off-season, they don’t last that long or you still get to go and kick a ball about at some point. We weren’t doing that. It’s nice to be back training now and preparing for games.”

In keeping with health guidelines in Germany, Stuttgart’s resumption of training has included social distancing and other preventative measures, including regular testing for coronavirus.

“When we first went back, it was small groups so we’d arrive at 15 or 20-minute intervals with three or four of the players that you were training with; standard social distancing, maintaining two metres apart even around training,” Phillips explained.

“We all got our own parts of the dressing rooms, so there was only ever four or five players in one dressing room at a time. The sessions, there was no contact, it was mostly technical work, whereby you wouldn’t be coming into close contact with each other at any point during the training. And standard hygiene as well.

“We had our temperature checked every morning as we arrived at the training facility. You took your kit home, and drove to and from training in your kit. So you didn’t spend much time at the ground and when you did you still maintained distance from each other, even on the training pitch.”

After more than two months without a game, preparations for the fixture with Wiesbaden have stepped up this week.

The Stuttgart squad have taken part in full-contact team training at their home stadium – the Mercedes-Benz Arena – and are quarantining in a hotel, where strict health and hygiene protocols remain in place.

Phillips detailed: “Right now, we’re in a hotel at the moment for this week in isolation as a team, so there’s no contact with anybody outside of the football club. It’s just to training in the morning, straight back to the hotel – the same thing every day for the week building up to this first game.

“Even still, we’re getting our temperatures checked every morning. I think I’ve had three or four coronavirus tests already, I think they’re done roughly two or three times a week.

“And the same thing, where you can you maintain your distance. I’m car-sharing with a player so we’ve got to wear masks in the car on the way into training when we’re in that together.

“So even though we are having contact and training as a big group, still where we can we are still taking those precautions.

“Fitness-wise, I feel good. Obviously in the time we weren’t training we all got our individual programmes so continued the running. The same when we were in small training as well, we topped up the running there. It’s never quite the same as game running, it doesn’t matter how much running you do, it’s a completely different stimulus.

“But we will hopefully do more game situations and more 10v10, 11v11-style training during this week, and we have done already to get that feeling back. We’ve looked good and felt good up until now. I think we’ve fared alright.”

Phillips acknowledges the severity and impact of the coronavirus pandemic around the world is of much greater concern and importance than the return of football; however, he admits he is looking forward to restarting Stuttgart’s promotion push.

The 23-year-old said: “I’m really excited. As well, with the situation our team is in – pushing for promotion – the stop came at an unfortunate time for us because it felt like we were starting to gather momentum and head in the right direction.

“So it’s nice to get back up and running again and hopefully finish those nine games off with a strong finish and get the promotion we want. I think any player in this league will be happy to get out on the pitch because that’s what we all love doing.

“It has certainly been a different experience, in everyday life it has for everyone. But it has not been a massive issue at all professionally, you’ve just got to be sensible with it and respect the rules and guidelines that have been given to you.

“Like I said earlier, when we were training in small groups it was far more enjoyable and beneficial than just doing individual running, and we all maintained good health during that time. It was worth doing and hopefully it will pay off.”

Germany’s top flight – the Bundesliga – will also recommence this forthcoming weekend, with the behind-closed-doors fixtures set to be broadcast worldwide.

“Obviously it’s a nice bit of exposure for the club here and the leagues here,” Phillips added. “We’ve got to focus on our promotion push and try to get that finished off.

“I’ve spoken to a few of the lads at Liverpool, just seeing how they’re getting on. Hopefully they can get back up and running as well and finish their season off.”

Emre Can named in Germany squad

Emre Can named in Germany squad