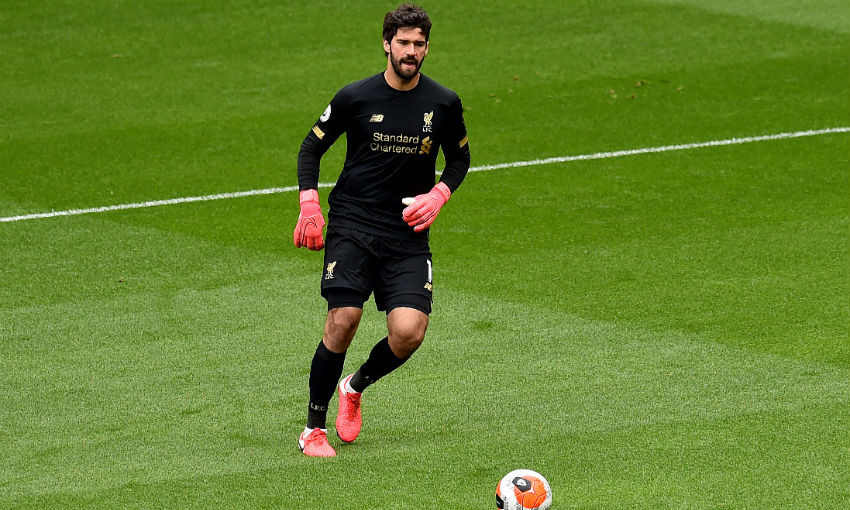 Seven days to go: Trent aiming to break his own PL assist record

Liverpool's return to Premier League action is moving ever closer and Alisson Becker will continue his quest to retain the Golden Glove award.

Building up to the resumption at Goodison Park on Sunday, we're continuing to take a look at a number of Reds-related subplots to keep an eye on during the remainder of the season.

And Liverpool's Brazilian goalkeeper is a man on a mission.

The 27-year-old scooped the prestigious prize last term with a record-breaking 21 clean sheets and is handily placed to do so again.

He has recorded 10 shutouts so far in 2019-20 and is one behind league leader Nick Pope of Burnley.

✨ IN FOCUS ✨ A unique look at key moments, facts and figures from @Alissonbecker's season so far 🙌 https://t.co/09x5WFPG3k

It's all the more an impressive figure taking into account the fact the No.1 has missed a total of nine top-flight matches this season through injury and suspension.

Alisson is set to return to his spot between the sticks for Sunday's Merseyside derby at Goodison Park, having missed Liverpool's three matches before the action was suspended with a muscle issue. He hasn't conceded in his two previous encounters with the Blues.

More in our countdown series