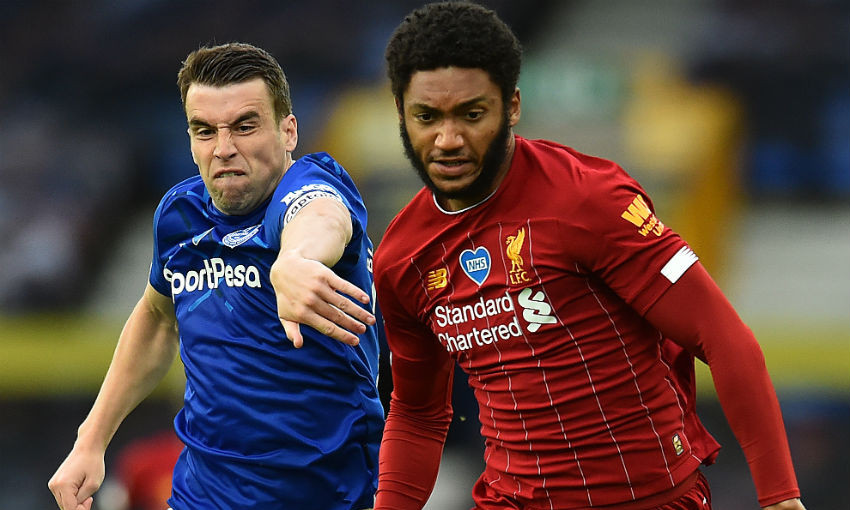 Joe Gomez believes Liverpool's hunger and constant desire to improve means they feel 'so far' away from achieving their main objectives.

The Reds are five points away from securing their first ever Premier League title and can move to within touching distance with victory over Crystal Palace at Anfield this evening.

Despite the potential to make history being closer than ever, Gomez has detailed the nature of Jürgen Klopp's squad that ensures the focus remains on the here and now.

The No.12 said: "Hopefully when we do get there then naturally as a group we will reflect and that will be a time to look back and be appreciative of the achievement. I don’t think any of us have taken time to think about that in that sense yet.

"I think everyone is so motivated on just getting the job done. I think that mindset has got us this far and has helped us increase that lead at times when it wasn’t as substantial.

"That’s key to making sure we get across the line, so I think that time to reflect isn’t here yet and I’m sure we will be appreciative when we get there."

Read on below for more as the defender spoke exclusively to Liverpoolfc.com for the all-new Match Centre.

Do you think it will be easier against Palace because you now know what to expect from behind-closed-doors football after Everton and you can maybe prompt yourself in different ways, rather than waiting on those kind of prompts from the crowd at times?

Yes, I’d say so. That familiarisation and also being at Anfield, we’ve had a bit more exposure to the surroundings with the gaffer organising us to play some internal games there and we understand what the procedure is there a bit more. That will help, as well as us having played our first game. It will still be a tough game but at the end of the day both teams have been in the same circumstances, so it’s something we’ve got to adapt to. But it will just be great to be back there playing again.

You’ve just hit five years at the club and you’ve kind of come full circle as you were back at left-back again when you came on against Everton. How did you find the experience of slotting back in again where it kind of started off?

It was strange really. Obviously it wasn’t expected and I’m no Robbo [laughs] but it’s part and parcel sometimes. You have to play a part and do your best to help the team get a result. Robbo is our main man but I’ve learned to adapt in a way and full-back is a position I’ve played – mainly on the right – but it was good to see out the result. It was unfortunate we didn’t get the three points but we’re a step closer at the end of the day.

Palace are doing well and it’s four wins in a row for them. How dangerous are they? They’re very solid but also have a couple of dangerous players like Wilfried Zaha and Christian Benteke...

Exactly. I think some of the individual talents that they have got are up there with some of the best in the Premier League. Their threats, obviously Zaha in one-v-one and Christian as well, we know him and how good he is aerially and a physical presence. So it’s definitely going to be a difficult game and their form shows that as well. We don’t expect it to be any different and that’s the nature of the Premier League. But it’s up to us to play our game and hopefully build on the last performance.

All the talk now is about the push for the title. How do you view it as a player now that you are so close to that finish line and you’ve got a chance to do something that no Liverpool team has done for three decades?

Obviously there are times when you sit back and realise that we are close, but I think as a group of players and as a team we still feel so far [away]. The other day showed that it is not going to come easy and we have big hurdles to overcome. Crystal Palace aren’t going to roll over with their form and we’ve just got to focus on the present. There is clearly that big target in mind which is our motivation, but at the end of the day we can’t let that dwindle our focus on the present and this game. And if we don’t get the three points then it’s irrelevant thinking about when we can win it. The focus is that and that’s what the whole team are thinking. So it is in the back of our minds but once we step on the pitch, the focus is purely on the one game.