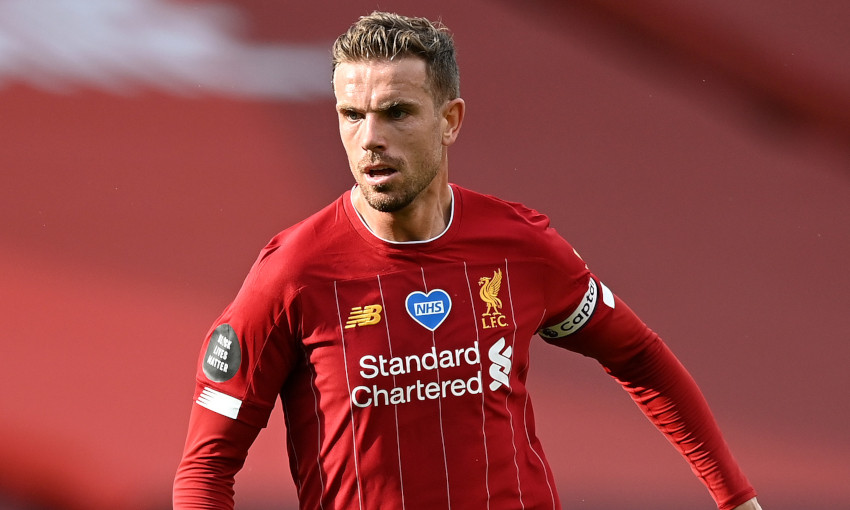 Liverpool are without Jordan Henderson for their penultimate home game of 2019-20 when Burnley visit Anfield on Saturday.

The captain sustained a knee injury during the midweek victory at Brighton & Hove Albion that will rule him out of the final four matches of the campaign; however, no surgery is required on the issue.

“Hendo is actually really the best possible of all the bad news,” Jürgen Klopp told his pre-match press conference on Friday. “It is a knee injury, but no surgery needed.

“He will not play anymore in the latter stage of this season but I am pretty positive he will start with us the new season.”

Elsewhere, the champions are set to welcome Dejan Lovren back into the matchday squad after the defender resumed full training following a muscle issue.

Joel Matip is Liverpool’s only other confirmed absentee, while in attack, Mohamed Salah needs one goal to become the first Liverpool player since Roger Hunt in 1965-66 – and only the fourth in club history – to reach 20 league goals in three successive seasons.

Meanwhile, Burnley have reported no fresh fitness concerns ahead of their trip to Anfield.

Jack Cork (ankle), Ben Mee (thigh), Matt Lowton (foot) and Ashley Barnes (hernia) are sidelined for the Clarets, but Chris Wood is in contention to start after substitute appearances in their last two outings.

Sean Dyche said: "We are limited to the changes we can feel we can make to start because I don't feel the young lads are necessarily ready to start but they might come on.

"Woody has a better chance. Johann and Robbie we have to be a bit delicate with because they haven't had a lot of football whereas Woody, until the shutdown, was up and running.

"He has a better chance than the others but we have got to get the others slowly but surely involved and we will be looking to do that.”

Burnley journey to Anfield on the back of a 1-0 win at West Ham United in midweek and occupy 10th position in the Premier League table.

“We are in good form,” Dyche added. “It will take maximum performance, focus and game understanding and hopefully they will have a quieter day because when they turn up it is very difficult.

“Even with the power of the players and the manager they have got it is very difficult to win the Premier League.

“It is difficult to win titles or get promotions. I have absolute respect for the manner and style in which they have achieved it.”