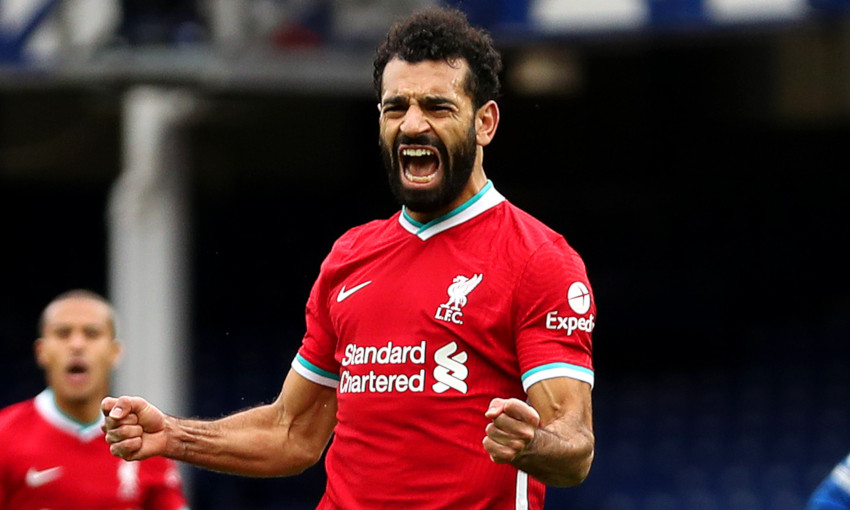 Mohamed Salah has become the 17th player in Liverpool FC history to score 100 goals for the club.

The Egypt international brought up the milestone when he struck in a clinical finish during Saturday’s Merseyside derby at Goodison Park.

He is the first man to reach a century of strikes for the Reds since Steven Gerrard in 2008 and has done so in the third-fewest amount of games.

Only Roger Hunt (144 appearances) and Jack Parkinson (153) have ever netted 100 Liverpool goals faster than Salah, whose landmark came on his 159th outing.

Seventy-nine of the No.11’s goals for the Reds have been registered in the Premier League, a tally that earned him the Golden Boot in each of his first two campaigns at Anfield.

Salah has netted 20 times in the Champions League, with only Gerrard and Michael Owen having scored more in European competitions for the club.

That tally included a penalty in the 2019 final against Tottenham Hotspur, of course, one of 11 spot-kicks the forward has converted since he joined.

The other goal of his century so far came in an FA Cup tie against West Bromwich Albion in January 2018.

As you might expect, a greater proportion of his 100 efforts have been netted on home turf, with 63 scored at Anfield.

His most prolific opposition venue has been the Vitality Stadium, with five goals registered at the home of Bournemouth, including a Premier League hat-trick in 2018-19.

Salah is now level with Kevin Keegan (100) on Liverpool’s all-time scorers list and will begin chasing down John Barnes (108) and Jack Balmer (110) as he continues to rise up that ranking.