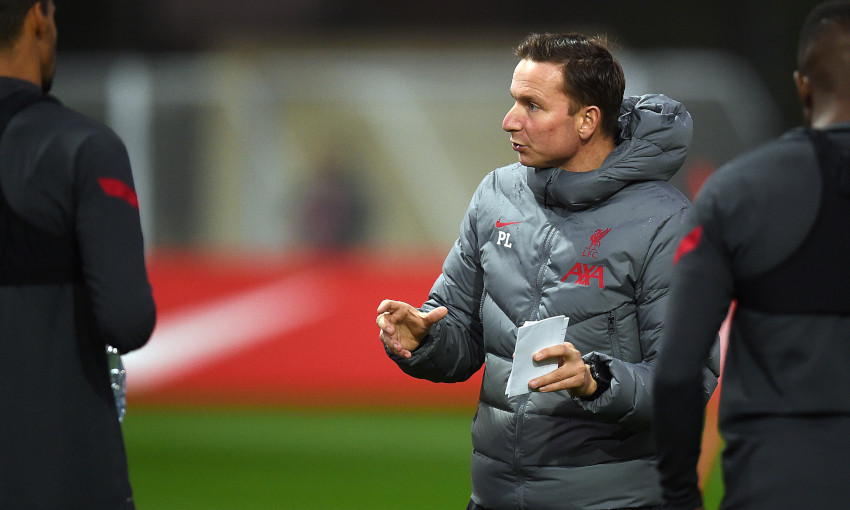 It's Liverpool's commitment to a core identity that has helped them come through the challenges of 2020-21 so far, according to assistant manager Pepijn Lijnders.

Three months on from the start of the Premier League season, the reigning champions are level with Tottenham Hotspur at the summit as they attempt to defend their title.

In the Champions League, meanwhile, the Reds successfully navigated a tricky group as winners to book a last-16 place for the fourth consecutive year.

They have done so despite suffering the loss of several key players to long-term injuries, as well as multiple others for spells on the sidelines of various lengths.

Reflecting on the season so far, Lijnders acknowledged its unique difficulties and explained the ways the coaching team and players have tried to overcome them.

And after a week when Caoimhin Kelleher impressed in deputising for Alisson Becker, centre-back Billy Koumetio became the club’s youngest player in the European Cup and Leighton Clarkson debuted in the Champions League, he stressed the vital importance of the work being done at the Academy under Alex Inglethorpe.

Read the first part of our interview with the Dutchman below…

We’re talking just a couple of days after your first experience of having some fans back at Anfield. The 2,000 felt like 20,000 at least at times – talk us through your feelings over the course of the night…

Oh, when we came out for the warm-up… it creates shivers now. When you walk out and hear them clapping, all over [there were] big smiles, like ‘Wow, what’s this?’. It’s really a surprise. I was clapping and I stayed clapping for a long time to them, then they started singing ‘Champions’ and then I thought, ‘OK, that’s what we really missed.’ Because we are all in the game because of the love of football, but also of course to win prizes, to create these moments with the fans together – special occasions. And becoming champions after such a long time, that we could not [celebrate] face to face, when they started singing ‘Champions’ the feeling I got was really overwhelming. [It was] really special. It also affected me because we didn’t have that and I realised in that moment: wow, we really missed that, that connection and that time together celebrating. How you said, 2,000 only but it felt like the stadium was full.

How closely are Liverpool and the season in general going to what you thought – what you hoped and expected?

If you look, the last two seasons so many things came together at the right moment. If you take that into consideration, that we became champions of England, if you take into consideration the short pre-season, that we are still in the pandemic – we knew that this would be a different one, a different season to all of them, the amount of games. It’s purely about mental resilience, to be honest, the team who will want it more. I think the inner drive of us, of the team, of the individual players is getting tested without fans, with the amount of games. And then you lose key players in very specific moments in the season. It’s about how can you turn that adversity into a challenge? In terms of: how good are we without those players? How good can we be? I think all our success came from adversity, to be honest. Take, for example, Barcelona away 3-0 – losing Bobby, losing Mo, losing Robbo. Because we kept our plan, we kept our way, we focused on what we have and what we had. I really believe that the season will not get decided now but I feel we are really in the right spot.

How much is the flexibility and versatility of this squad its greatest strength? Every time a challenge is thrown at them and they have to adapt, they do it…

First, for me, the strength of this squad is that we have many, many good players! That’s the first thing and the most important thing. The second thing is the mentality of these boys, all of them, that they create in the week and they see the next game like as a final. That mentality is installed in this team by, of course, the character of Jürgen, the way he speaks to them and the way we prepare the game. Each next game, we want to play our best counter-pressing game possible. That’s always the target. The boys in the training, it’s always this 100 per cent attitude that creates this proper preparation for the next game. We have a squad full of good players, that’s the first strength. And of course the versatility and variability helps a lot, yeah.

Continuing on the road to fitness 💪 We're with you every step of the way, @VirgilvDijk ❤️ https://t.co/otUBfcaMOS

I think the individual is very important, but I think what separates us from other teams and what I feel is really different is we have a strong culture and we have a clear identity of play and that even with losing individuals we stay focused on this collective idea. There’s a saying that without good players there’s no collective, but without a collective there will never be success. If you stay focused on improving our way of play, encouraging each individual to take more initiative, to attack more, to evolve the team, then I feel that there is not a back-up plan, it’s focusing on our way and our idea. It’s always like this but some devastating moments create life-changing moments for other players because we have so much faith in our young blood, in the players we brought up, our own players. These moments where you lose a top, top player automatically creates a big chance for a young player, because we invest a lot of time and we have a big commitment to them to be part of our squad. What I’m trying to say is: I feel really the best back-up plan is the Academy. If the Academy is right and there’s a fluid process between the Academy and the first team, the best back-up plan is always young players because they never let you down – never, never. And that’s what you saw.

In terms of the injuries and the amount of games, it has been a hugely challenging season already and that’s not likely to change for the remainder. But as a coach is it a nice kind of different challenge for you and the rest of the team? It’s asking different things of you and different solutions?

We have to try to be creative but at the same time create stability around the fit ones. Focus on what we have. I’m enjoying it, absolutely, because it asks for quick thinking, quick decisions. Luckily, me and Jürgen think the same about our game, about how we want to evolve the team, steps we have to make, the confidence we have in certain players etc. That helps a lot, because you have less time. I try, as always, to make each day a masterpiece! Preparing the training, all these things that come around. Yeah, it’s a challenging time but at the same time we have to create stability around the ones we have because we’re losing so many players. Focusing on them and trying to create [solutions].

Can you explain a little bit what your schedule is like at the moment? We’d assume you’re having to do a lot more work in a lot less time…

Not only for me, of course. Each organisation, each company, family, a structure, you get really tested and really know how strong you are in phases of crisis. For some structures it becomes really a crisis, but because all of our departments and the structure inside our club is the same over such a long time, with people who work really, really hard behind the scenes, you don’t drop in these moments. You get tested and in the end you come out hopefully that you can go through it. For me, it’s a big compliment for all the departments who are working so hard behind the scenes. Our medical department, for example; our fitness department to recover the players constantly and help accelerate this process; our nutrition department; our analysis department, that every time we played they made a new analysis ready and all these things. All these processes are quite fluid and the more games you have, more injuries or however you want to call it, the better you are structured and the better you are structured, the easier it is to deal with all these kind of things. It’s a big compliment for all these departments, who give everything every day, in my opinion. 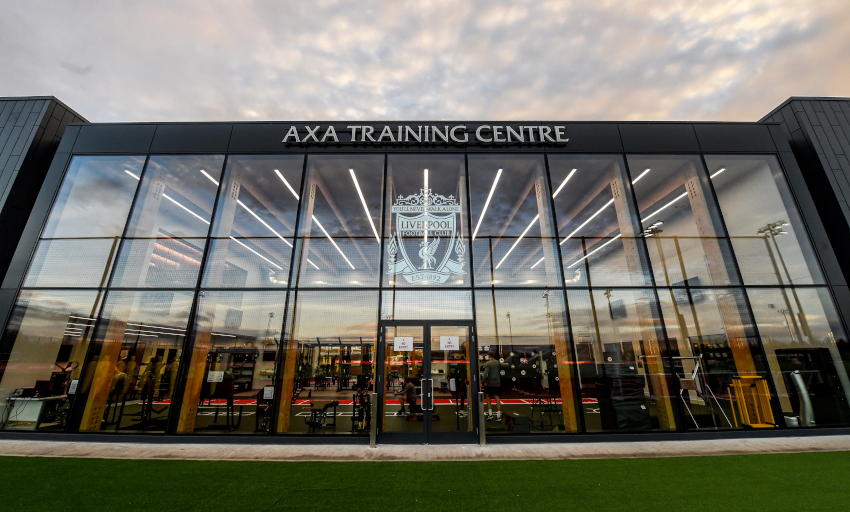 How much is everyone’s personality as important as their technical skills this season? There must obviously be tiredness and fatigue in everyone, but it’s the same mentality all the time…

It’s easy for the ones who love football. It’s easy for the ones who have a big, big passion for the game, a big, big ambition for where they want to go with this club and with this project. That makes it easier. Never forget, this team is selected by great, great personalities and influenced by great, great personalities. If you hear Jordan shouting in the game, you see Jordan coaching in the game. If you hear Millie before the game talking in the dressing room and repeating all the things we said already during the week, or the meeting of Jürgen. The way Jürgen touches each player before the game in their hearts about making this their best game ever. What I’m trying to say is that all these words and all these messages become the inner voice of the player, so if it’s the hard, hard moments, that’s what they’re thinking about and that’s what they’re hearing inside. That’s why we have this group of personalities and why one influences the other. This group is created on personality, in my opinion. On love for the game and about passion and ambition.

Read the second part of our interview with Pepijn Lijnders - including his thoughts on the impact of Diogo Jota and the progress of Curtis Jones - on Sunday.

'They help us massively' - Williams on influence of Lijnders and Matos