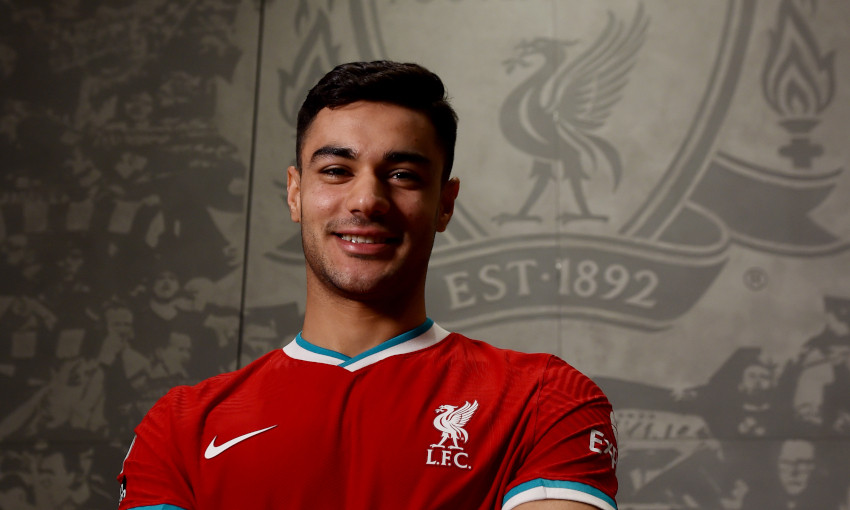 Ozan Kabak is now eager to get to work and help Liverpool achieve their targets this season after fulfilling a lifelong ambition by signing for the club.

The 20-year-old centre-half became a Red on Monday when he completed a loan transfer from Schalke 04 until the end of the 2020-21 campaign.

Having grown up supporting the Premier League champions, it's been a surreal 24 hours or so for the Turkey international.

But with the switch to Jürgen Klopp's side now a reality, Kabak spoke to Liverpoolfc.com about his emotions and ambitions with the club.

Watch our exclusive chat with the No.19 at the AXA Training Centre – or read on for a full transcript...

Start a free one-month trial of LFCTV GO now using the code 2021GOFREE at checkout - this can be cancelled at any time.

Ozan, first of all, welcome to Liverpool. How are you feeling today?

Thank you very much. I feel so, so happy, and excited also. Such a great club like Liverpool. I want to show myself, I want to play. I'm looking forward to getting some minutes and some wins with this amazing club.

How have the last couple of days been for you?

It was so, so busy because it was the last days of the transfer period. We had limited time and it just happened, Schalke and Liverpool had a conversation and an agreement. Finally I'm here. I'm so happy to be here, the most important thing is I'm here right now.

What made you so eager and determined to come to Liverpool?

Liverpool was my childhood team. So I always wanted to come to this club, to play at this amazing stadium, in front of these amazing fans. So it's a dream for me. Now the dream comes true.

That must make it even more exciting, that Liverpool were your club as a child and now you're here?

Yeah, it's even more exciting for me because it came from my childhood. 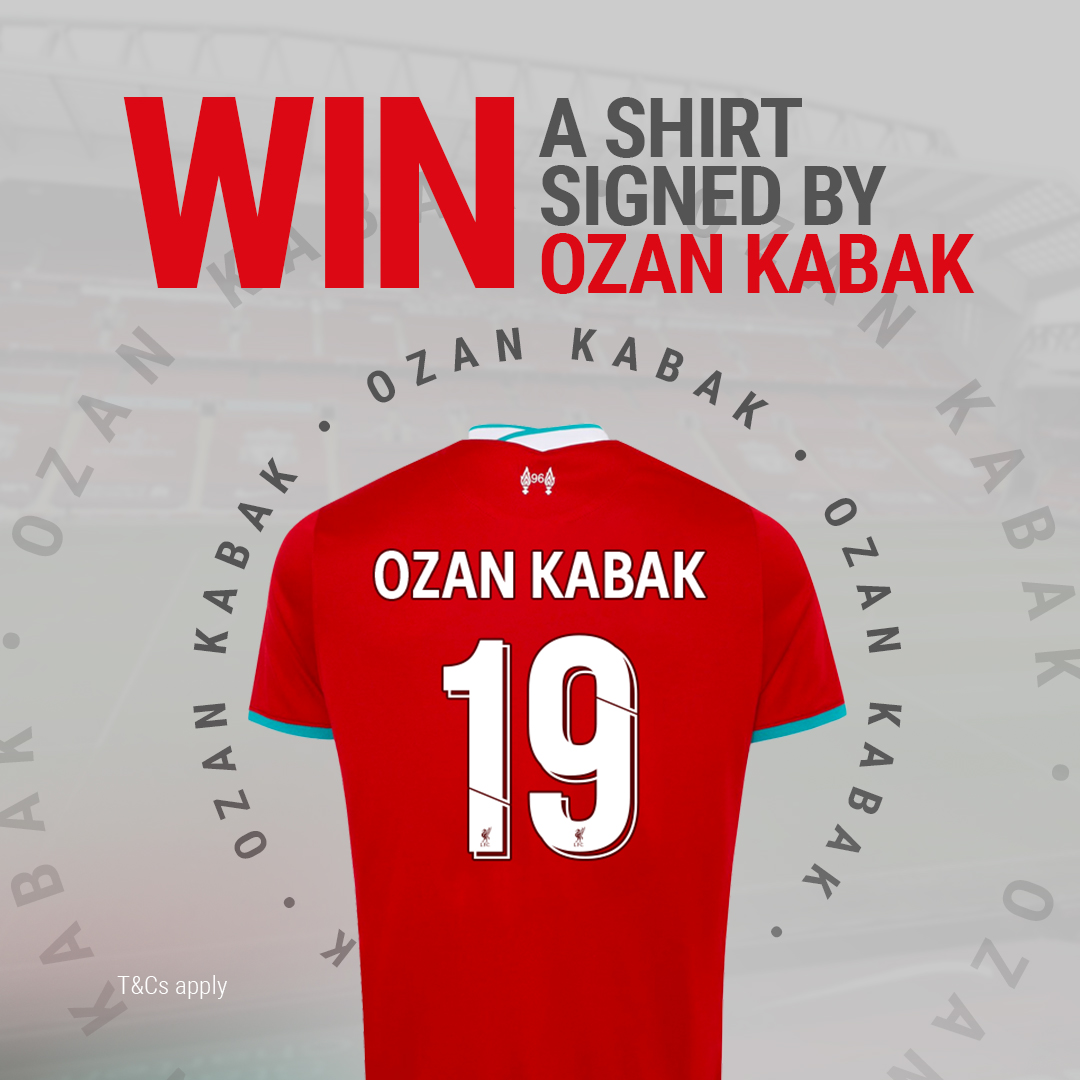 What are some of your memories of watching Liverpool as a child?

I watched ex-Liverpool players a lot of times, like [Steven] Gerrard and Sami Hyypia. I know there's a lot of legendary players. I also watched the Champions League final in 2005. I was really impressed a lot of times watching these games. They're my memories.

Have you watched Liverpool in the last few years and how do you think they have performed?

For our supporters, how would you describe yourself as a player?

I would say I'm physically strong and a ball-playing centre-back. I'm good in the air. Sometimes I can score! I try to score sometimes. That's it I think. 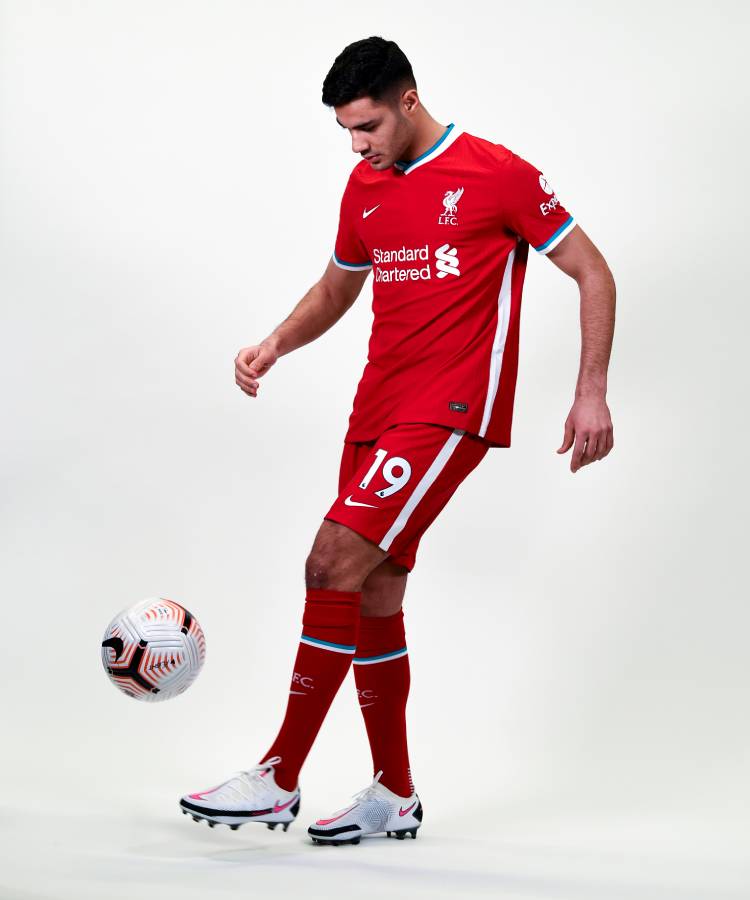 Do you feel your qualities are well suited to playing in this Liverpool team?

Yes, of course. First of all, Liverpool play offensive football and press high; sometimes they leave some space in the back so I think Liverpool centre-backs need to be fast, so I think I suit it in this way. Also, they like to play and build the game, so you need to have good feet to build up the game. So I think I suit Liverpool very well.

How much are you looking forward to the challenge of playing in the Premier League?

You'll also hope to play in the Champions League, too. You played there before with Galatasaray…

Yeah, I played with Galatasaray I think four or five times. I miss the song and the atmosphere a lot. I'm so happy and so excited to play and hear this Champions League song, it will be great.

Arriving here at Liverpool today, what is your mindset? Are you here to compete for a place in the team as soon as possible?

To be honest, Liverpool is a great team and they are great players. It doesn't matter how many injured players they have or who plays in the centre-back position, if they do their jobs well. I watched the last games and they played very good. Our coach will decide when I'm going to play or when I'm going to sit on the bench. But I will give my best and I will be ready when the chance comes.

In the past, you've said Virgil van Dijk is the player you look up to and admire the most. What is it about Virgil that you admire so much?

Virgil van Dijk is, I think, the best centre-back in the world at the moment. The last three or four years he was always on his best performance. He's strong, he's good, he's so fast, he's clever. So that's why I see him as an idol. I want to meet with him as soon as possible, to be honest.

Since it became clear you were coming to Liverpool, fans have been sharing the photograph of you with Virgil's shirt. What did it mean for you to receive a shirt from Virgil and can you tell us a little bit more how that came about?

So I had a friend in Galatasaray, Omer Bayram – he's a childhood friend with Virgil van Dijk from Holland. So I was talking with him and I said something about Virgil van Dijk, he's very good and I like him. He said, 'He's my childhood friend.' I couldn't believe it. Then the day after he brought his jersey to me and I was so happy. I put this jersey on my wall in my house. That's the story.

And now he's your teammate – does that feel a bit crazy?

When you are working hard, anything is possible. Two or three years passed and I'm here and we are teammates.

How much are you looking forward to working with the manager Jürgen Klopp?

What did David Wagner tell you about Jürgen?

He said a lot of things about him because I think they are best friends. He said he's one of the best coaches in the world and maybe one day I can work with him. He showed me the way I will come. Now I'm here.

What have you made of the fans' reaction on social media of your move?

How much are you looking forward to visiting Anfield for the first time? 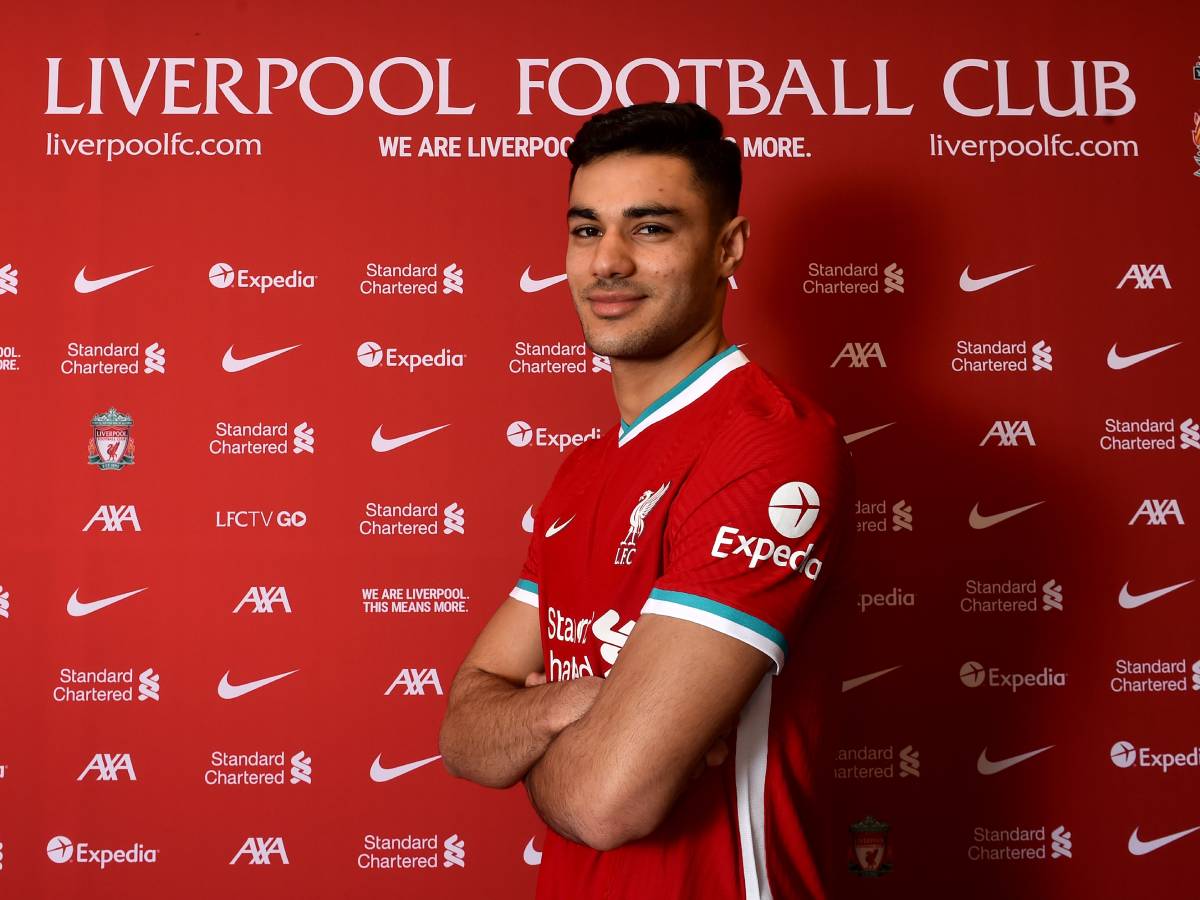 What is your target here at Liverpool?

Do you feel Liverpool is the right place, the right club for you to make those improvements?

I suppose playing against the likes of Mohamed Salah, Sadio Mane and Roberto Firmino in training will help you improve...

Of course. These players are [some] of the best attacking players in the world. Every training [session] they will play against me or on the same team in the games, so if I really concentrate on my job I will give my everything and I will be a better player.

What was it like coming in today, how did you feel this morning?

Yesterday I couldn't sleep – all night I was up because my head was always thinking about today and [coming] to Liverpool. This night I will sleep very good because I didn't sleep.

How did it feel when you finally got to the training ground?

It was like relief. I was so happy to be here and finally I said, 'Yeah, I'm here.' To talk with Jürgen and the guys, they were really, really nice to me. Like I said, a dream come true.

How has your phone been with all the messages?

Friends, family and also fans texted and called me. They send their congratulation messages to me and my phone [has been] very slow!

We spoke a little bit about the fans earlier and you said you'd work hard for them and give everything. Is that your message to them?

To the fans, I want them to support me and believe in me. I will give my everything and I will work. I want to play as soon as possible in front of these amazing fans.

Internationals: Kabak and Konate in action on Monday