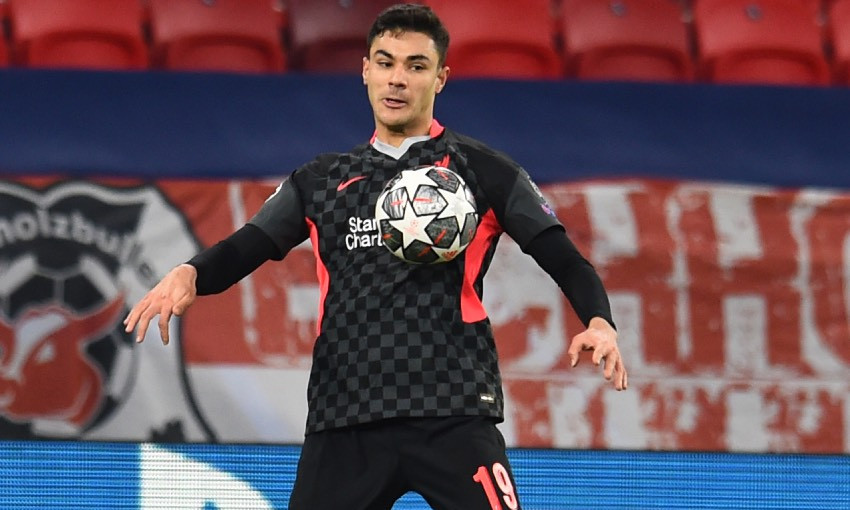 Liverpool's 2-0 victory over RB Leipzig in the Champions League on Tuesday night was 'so special' for the recently-arrived Ozan Kabak.

In his second appearance for the club since joining on loan from Schalke 04, the Turkish centre-half impressed as the Reds took control of the last-16 tie.

While Mohamed Salah and Sadio Mane scored first-leg goals in Budapest, Kabak was part of a sturdy backline that kept the Bundesliga side at bay to record a crucial clean sheet.

Speaking to Liverpoolfc.com after the game, the 20-year-old said: "It was so special for me because this was my first clean sheet and my first win in this jersey.

"I'm a new player, I'm a young player and there's a lot of stars here. I need a little time to adapt here and with time I will be better I think.

"I think we played very well and we gave everything on the pitch. We won all challenges in midfield and I think we deserved to win and I'm so happy.

"Leipzig are a really good team and second in the Bundesliga table but I think we controlled the game very well.

"First half we had a lot of good opportunities and second half we scored because of their mistakes – but we already had it under control.

"I think it was a really impressive game from us."

The centre-half is hopeful Jürgen Klopp's side can use the momentum from the win at Puskas Arena to kick-start a positive run in the Premier League.

Liverpool are next in action on Saturday evening when they face Everton at Anfield in the 238th competitive Merseyside derby.

Kabak continued: "The last three games we lost in the Premier League but we played very well I think. That's football – sometimes you can play good but lose.

"I hope if we continue to play like this tonight we will win our next Premier League game."