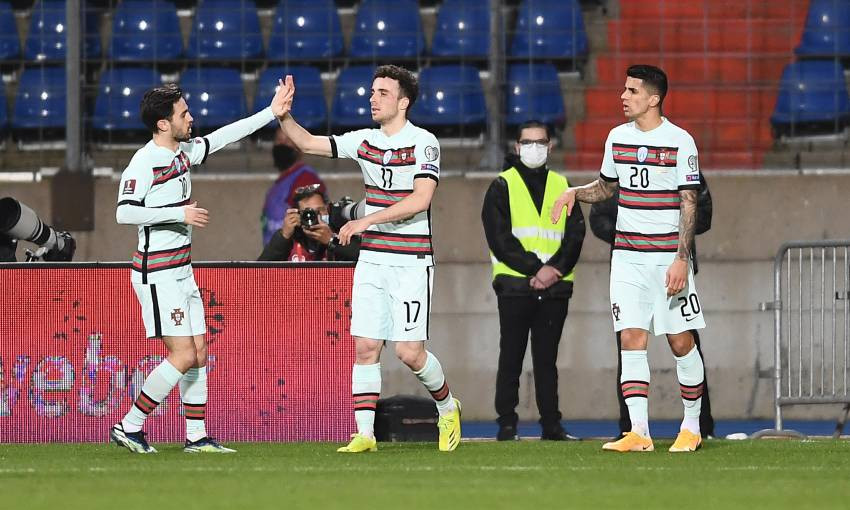 Diogo Jota and Georginio Wijnaldum were both on the scoresheet for their countries in 2022 World Cup qualifiers on Tuesday night.

Wijnaldum delivered the assist for Steven Berghuis' opener before netting the Netherlands' fourth in their 7-0 win over Gibraltar.

Happy we wrapped up the #worldcup qualifier week with another three points 🦁🔶 Hope @BlindDaley is okay 🙏🏾 #GIBNED https://t.co/wHjL7UAwUo

In Group A, Jota scored an equaliser for Portugal as they came from behind to beat Luxembourg 3-1, with the Liverpool forward withdrawn in the 68th minute.

The pair both played 90 minutes as Kabak's Turkey drew 3-3 with Latvia, while Wales recorded a 1-0 victory over the Czech Republic.