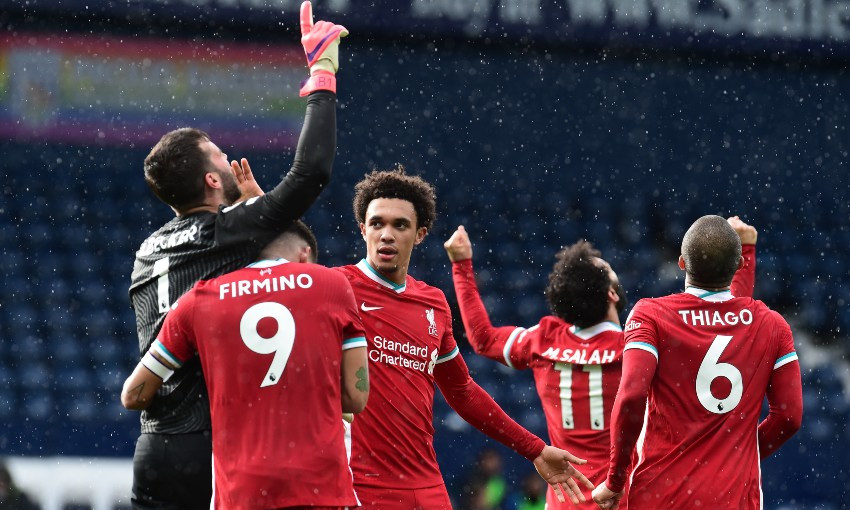 Alisson Becker made history to secure a victory in a manner unique to Liverpool FC on Sunday.

The goalkeeper scored in the 95th minute of the Reds’ match against West Bromwich Albion to snatch a 2-1 win that sustains his team’s push for a top-four finish in the Premier League.

As Alisson made his way forward for a stoppage-time corner, 10,066 goals had been scored throughout Liverpool’s rich 129-year history.

Zero of the 458 players responsible for those goals were ‘keepers.

And then, it happened.

Trent Alexander-Arnold produced a set-piece delivery of trademark precision and Alisson was there to redirect the ball into the far corner via an adroit glance that Andy Robertson perhaps described best.

“Any striker in the world I think is happy with that header – it's unbelievable,” the left-back told Liverpoolfc.com.

The Brazilian goes down as the 459th footballer - and first goalkeeper - to score for Liverpool.

It’s fair to say that the club’s 10,067th goal will never be forgotten.

Alisson’s moment was vital in the context of the Reds’ season, too.

Returning to Merseyside with three points as opposed to one means Jürgen Klopp’s side remain masters of their own destiny in terms of qualification for next season’s Champions League.

However, with the sides immediately above them - Chelsea and Leicester City - meeting on Tuesday night, Klopp’s side’s fate is in their own hands.

Next up, Turf Moor.

‘Beyond the greatest feeling imaginable’

The No.9, who was making his 290th appearance for the club, was evidently moved by the gesture, too, as his post-match Instagram post showed.

“What a fantastic win today and even better that my brother scored the winning goal. You’re so Blessed for the Lord. We love you.” 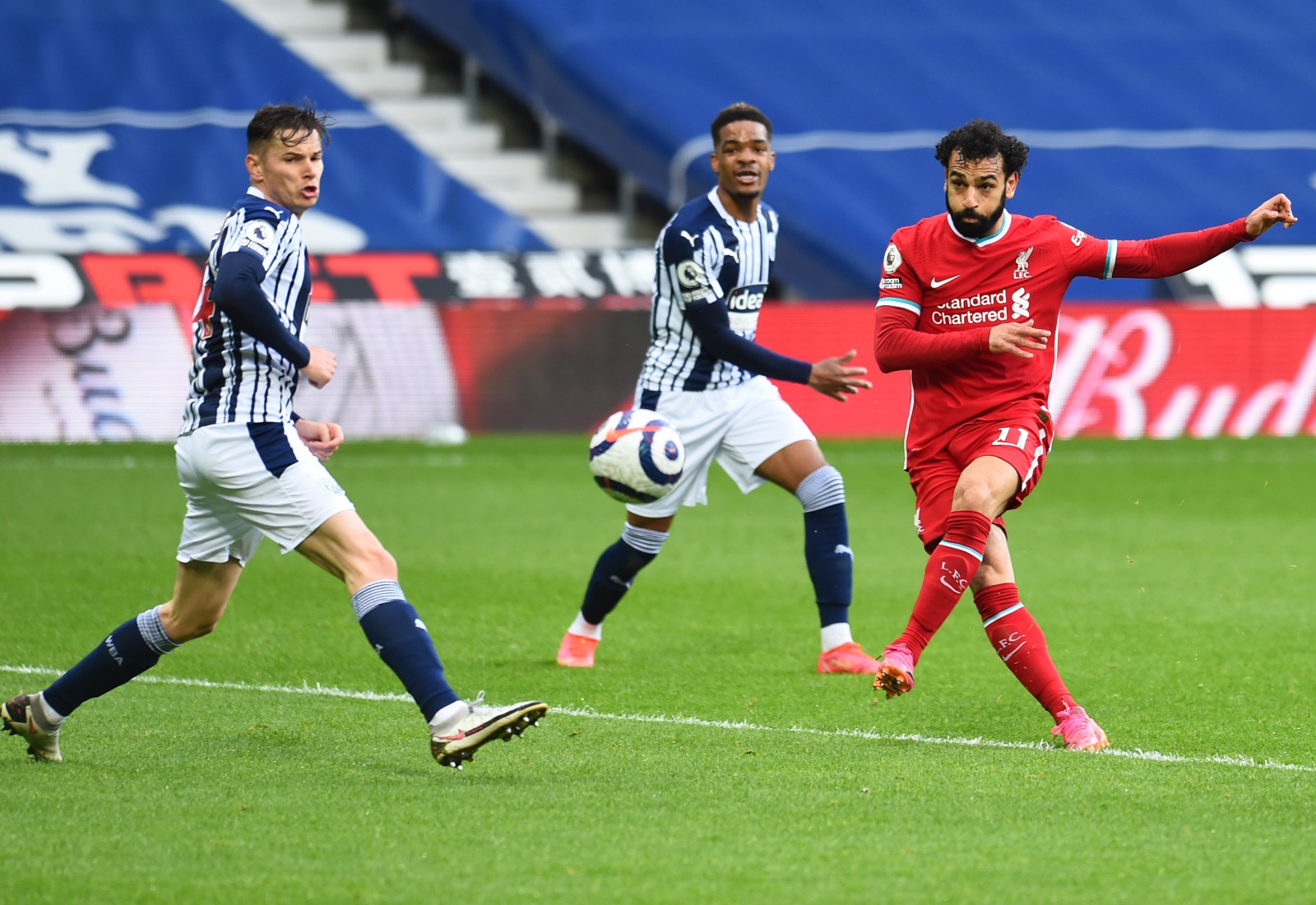 Given the fashion in which the game concluded, it’s perhaps understandable that yet another brilliant Mohamed Salah goal was overshadowed somewhat.

But the Egyptian’s instinctive, first-time finish that arrowed into the bottom corner hauled Liverpool back onto level terms at The Hawthorns – and saw him equalise Harry Kane in the race for the Golden Boot, too.

Salah and Kane have now netted 22 times apiece in the Premier League this season, meaning the final week of the campaign also holds an intriguing individual sub-plot, as well its main storylines of the battle for European football and fans being back in stadiums.

Can the No.11 - who now boasts 31 goals across all competitions this term, and 125 in 201 games for the Reds overall - scoop a third Golden Boot in what is his fourth campaign at Anfield?

A hub of metronomic action and artistry, Thiago Alcantara was the game’s defining midfield force.

He registered a team-high 106 passes at a 90.6 per cent success rate, with 77 of those being played in West Brom’s half.

No Reds player had more shots (four), touches (120) or made more tackles (four), while only Alexander-Arnold could top his tally of seven ball regains.

Thiago also created five chances from open play; the joint-most he has ever managed in a league match, along with a game for Bayern Munich against Hannover 96 five-and-a-half years ago.