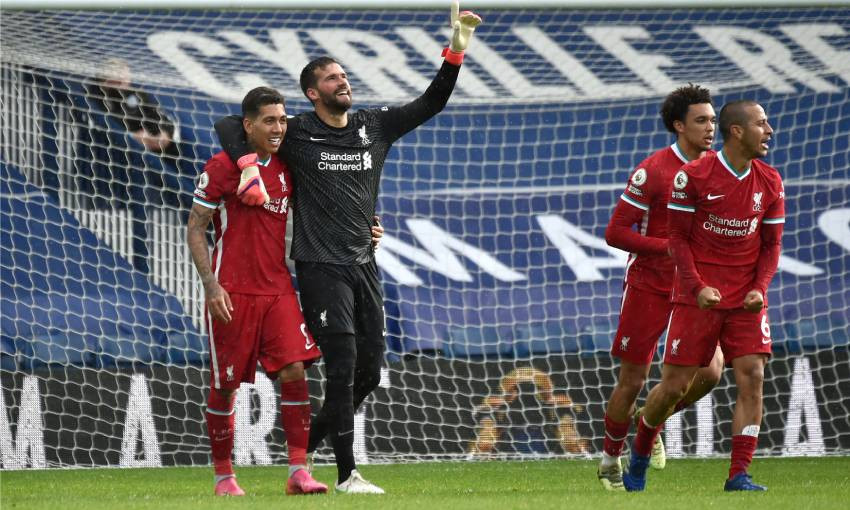 John Achterberg has explained why he hopes Alisson Becker isn't required to add to his Liverpool goalscoring tally in the future.

The Brazilian, of course, became the first goalkeeper in the club's history to score when he arrowed in an unstoppable injury-time winner at West Bromwich Albion last month.

The header helped Jürgen Klopp's side claim a third-placed finish in the Premier League and was later named LFC's Goal of the Season for 2020-21.

So, can we expect more from the No.1 in the opposition penalty area?

"I hope [another goal from him] is not needed because then the score is not right for us," Achterberg, the Reds' head of goalkeeping, told Liverpoolfc.com. "Hopefully we're always on the right side of the score!

"We never know. He's not the first goalie to score but for Liverpool he was and that was a really important one.

"Hopefully he can just have to focus on the goalie side and try to win games by keeping the team in the game.

"It was an unbelievable, magic moment. After everything he'd been through this year off the field as well, it was a nice way but also at that time an important thing for us as a team and as a club because we were chasing the Champions League.

"It was great that he finished it with an unbelievable header. It was a great moment for him and I'm happy for him for that.

"He is quite good with the ball. To head a ball like that, it was unbelievable."

It was one of many incredible contributions Alisson has delivered since arriving at Anfield three seasons ago.

Achterberg can attest to the impact the 28-year-old has had at the club on and off the pitch. 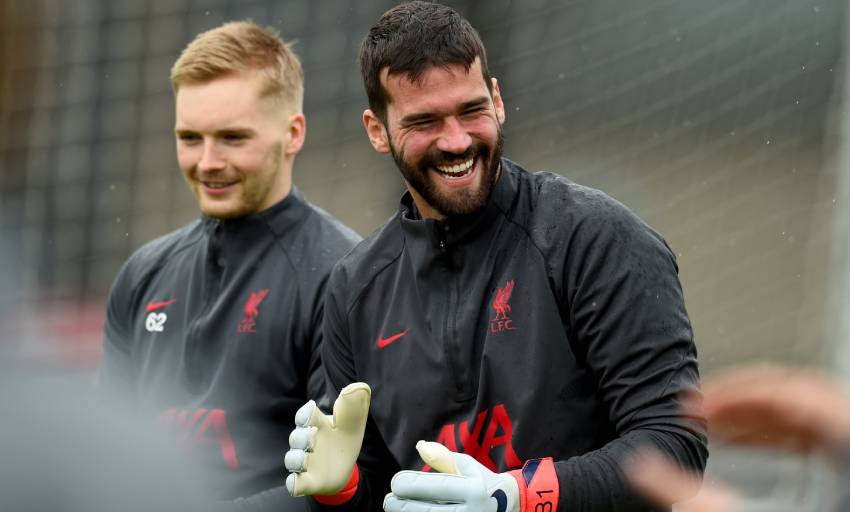 "He shows everyone when he's training that he's a winner, always gives 100 per cent," Achterberg explains. "Every goalie can help themselves with that.

"He brought a lot to the goalie squad as well. He was a top professional in everything he did. Adrian also brings a good mentality in the team, Caoimhin is always in the gym to improve. They all learn off each other.

"People see Ali train, especially the younger guys who come up, they can obviously take a lot from him with the quality he brings, the speed reactions he has and the calmness and presence he brings.

"He's a good guy, good person and that's what we expect also from every goalkeeper in the club – give everything you have.

"That's what we as coaches need to do as well. Every day we want to achieve more and improve. That is the plan."

Meanwhile, Caoimhin Kelleher's campaign of encouraging development ended on Tuesday with a debut for Republic of Ireland.

The stopper, who made five appearances for Liverpool in 2020-21, came on for the second half of their goalless draw with Hungary in a friendly.

Achterberg commented: "I already spoke to him at the end of the season that he needs to make sure he maintains the level he has been showing and try to better it as well.

"I watched the Ireland game and he made a good debut in the second half. He came on and made some great saves to keep the score 0-0.

"He's a really good guy, down to earth, works hard, and now you have to as a goalie keep creating your own hunger, intensity and keep your head on the right line. I'm there to help it, to talk about it and that's what I do with anyone. He has been good in that way, so I can only keep encouraging and keep going.

"We need all the goalies and hopefully we can do well again and try to win some more trophies because that's what we are here for."