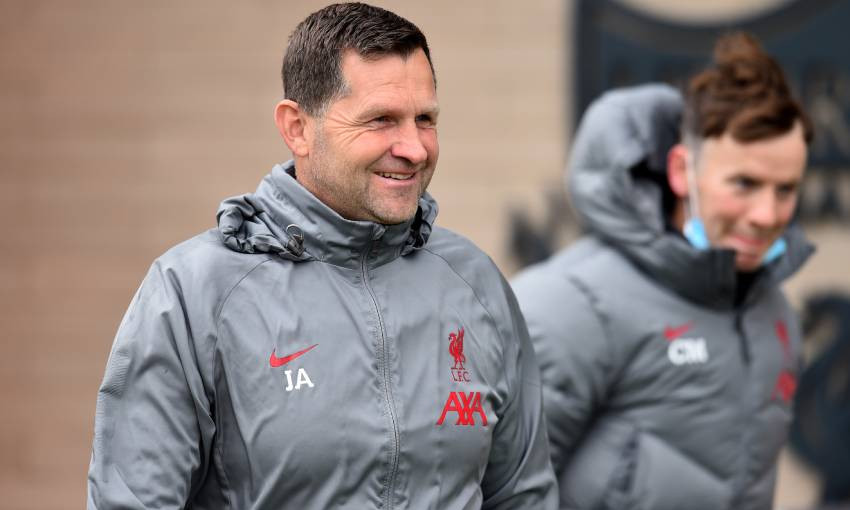 A decade as part of Liverpool's first-team coaching set-up went by in a flash for John Achterberg.

The recently-completed 2020-21 campaign marked 10 years since the goalkeeping coach began working with the senior Reds side in 2010-11.

Having joined the club in 2009 from Tranmere Rovers initially to work with younger age groups, the Dutchman has since been an important staff member under four managers – Roy Hodgson, Kenny Dalglish, Brendan Rodgers and now Jürgen Klopp.

"Time flies, to be honest," Achterberg reflects. "It goes too quick but it also means that you enjoy it because otherwise you don't think it goes that quick. Every day is enjoyable."

Liverpoolfc.com spoke in-depth to Achterberg to look back on his 10 years and counting with the first team... 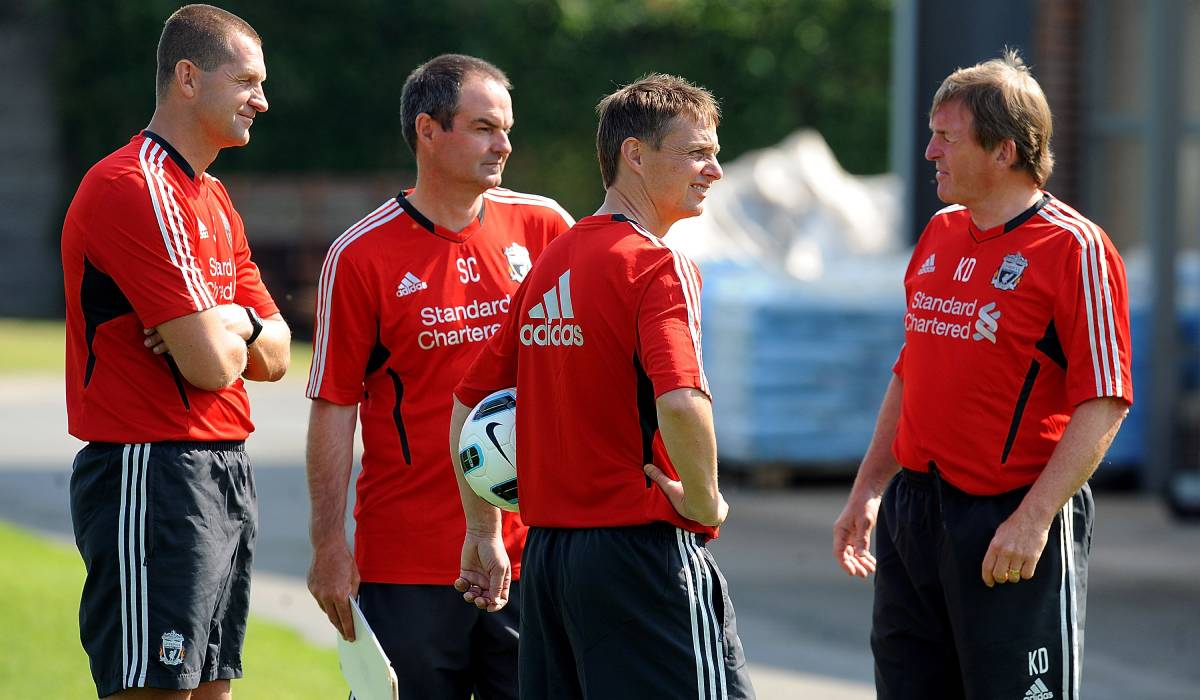 Initially, Achterberg's promotion to Melwood in the summer of 2010 was as a stand-in after Hodgson had just taken charge.

He recalls: "Sammy Lee rang us and said, 'You need to start the pre-season with us because we have no goalie coach.' I said, 'No problem.' Then Roy came in and said, 'It was good that you've come to help us. My goalie coach will be coming in one or two weeks, then obviously you can go back to the reserves.'

"I ended up going on the pre-season trip. After we went home on the plane, he said, 'I really like the work you do and I want you to stay with the first team and be assistant to Mike Kelly.'

"You always know how it goes in football, if a new manager comes in and he brings his own goalie coach then sometimes you need to go to your new club and stuff like that. But the club was always happy."

Achterberg's role sees him train, analyse and support the goalkeepers within Klopp's squad. He also takes upon the responsibility of following the progress of other stoppers within the club and elsewhere.

He explains: "Training-wise it's been the same, exercises you try to change but it's all thinking about what is happening in the game – what is the goalie doing?

"When you work with the No.1 obviously you try to improve and work on the things needed for him. Then you work the same with No.2, 3 and 4 where everyone has this period in the week where you have time as an individual for them to work on things." 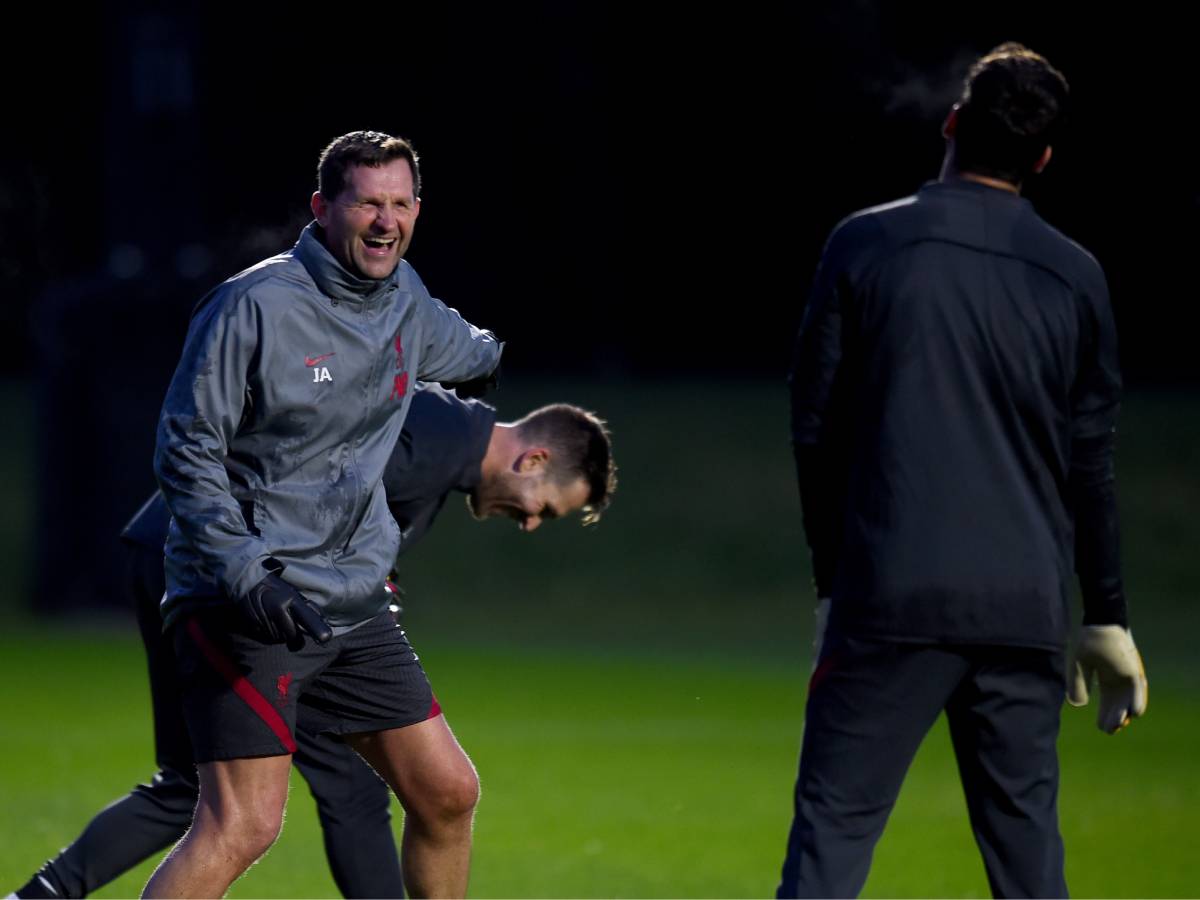 Achterberg is a regular presence at Academy fixtures, observing Liverpool's young talent between the sticks.

"I try to watch as much as I can. If I cannot be there, I always watch all the clips from the U16s to the U23s of the goalies and what they do," he adds.

"You're watching other goalies, too, because that's part of your job to know what is around in the world, finding new talented goalies, trying to be up to date if we have an issue – so you can talk about and say what you've seen and what you know. In my opinion, that's part of the job. That's just my passion."

"I won the League Cup with Kenny, of course, but winning the Champions League and then you see what that did to all the people, you can see the passion of the supporters. It just was unbelievable. We want to keep doing this." 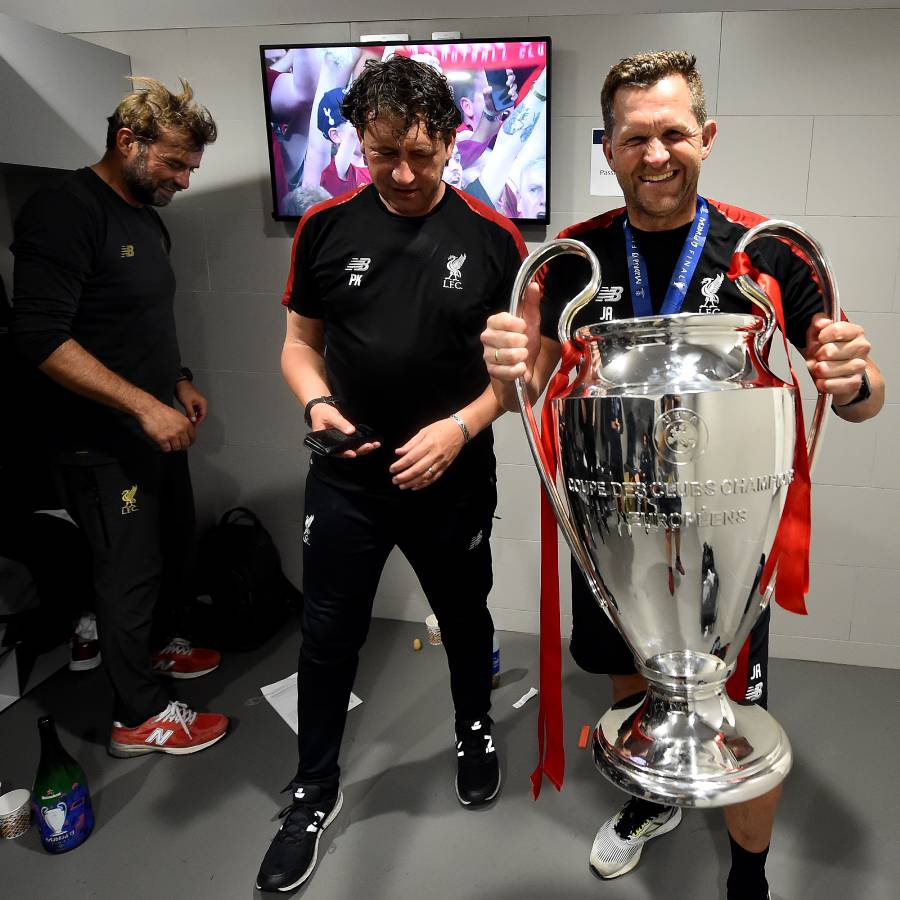 In short, he doesn't have any. For Achterberg, each save – no matter how easy or difficult – is vital.

"By positional decision-making, although he didn't make the save because the player shot the ball wide, it's still a perfect moment. For instance, if you look at West Brom, the guy goes in one-v-one with Ali. Ali runs back to the six-yard box to buy time and Trent comes across to make the block.

"That is a save – because if Ali runs forward or stays high, the guy can shoot from any moment. Now he has to change his mind because Ali dropped off.

"For me, this kind of situation is a goalkeeper making a save, but no-one thinks about this. It's really important and what we work on in training but obviously the goalie has to make the right decision. All the credit to the goalies on that side."

The hours and hours spent working together have forged long-lasting relationships between Achterberg and his goalkeepers, even after they leave Liverpool.

In one such example, it helped alert the Reds to a certain Alisson Becker.

"Doni came to the club from Rome and was obviously going to be longer in the club if he didn't have the heart problem in the end. But you could see that he was a good goalie, played for Brazil and I tried to help him adapt to the English game.

"I always kept in touch with Doni, and I speak with people all the time and I ask about goalies and if they know or see anything.

"Obviously I asked Doni in 2013 about goalies in Brazil and Ali was one he mentioned to me. I kept following Ali from that moment.

"If I find a goalie and think he can be something, then you keep following his movements and every time he's in the team you try to catch up with games. That's what I did with Ali and a lot of others as well. When some things happen, you can give your opinion and relate to it."

Jürgen Klopp: "John is the first in the building and the last to leave. No matter how early I get into Melwood, I get up the stairs and he's already there – sat there with the laptop open watching goalkeepers from the other end of the world. He's constantly in there developing, changing training programmes, working with the boys. For me, he's a fantastic goalkeeper coach."

Alisson Becker: "John has proved to be not just a great goalkeeping coach but a great guy, a great person."

Jack Robinson: "The time he has been here, at such a big club, tells you how good a coach he is and how good a person he is. He really gets to know people. His character, people come to him and they warm to him. He's a genuinely nice person. He wants to help people. He wants to help the goalkeepers get better. Even down to the penalty things we work on, he wants to help the outfield players with how they deal with their penalties as well."

'Alisson's goal was magic but I hope he's not needed to score again!'

John Achterberg: I looked at my watch and told Alisson to go forward

'You saw the professionalism we have' - LFC's coaching champions: Part two