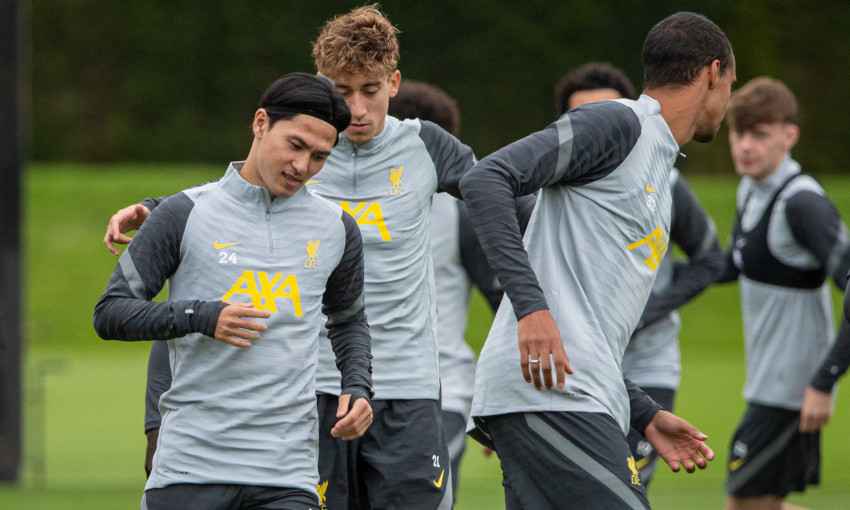 Liverpool will kick off their Champions League group-stage campaign against an AC Milan side missing Zlatan Ibrahimovic.

The 39-year-old marked his first appearance of 2021-22 with a goal as the Serie A outfit defeated Lazio 2-0 on Sunday, but afterwards felt an injury that has ruled him out of Wednesday night’s Group B opener at Anfield.

“Zlatan would have liked to join the match, of course. After the match [versus Lazio] he had some inflammation,” explained Milan coach Stefano Pioli on Tuesday.

“We hoped he could in any case play but he still had pain, so we don’t want to risk [him] tomorrow. It’s a very important match but we have so many matches.

“But we are very well prepared, we have [Ante] Rebic and Olivier [Giroud] – we will decide who will start and who will then join afterwards. Of course we’re very sorry for Zlatan because he always wants to play. He’ll be back soon.”

Rebic got the nod to lead the line for I Rossoneri at the weekend but now faces competition for a place in the starting XI from Giroud, who is available again after recently testing positive for COVID-19.

“He doesn’t have 90 minutes in his legs, of course but, in any case, Olivier is available,” said Pioli. “And Ante had a very good performance last Sunday, great quality.

“So, I’m very sure whoever starts from the beginning, and joins the match afterwards, will be both very good and they will complement very well with the rest of the team.”

Tiemoue Bakayoko is also absent from the visitors’ 21-man squad, having been forced to go off 13 minutes after entering the action as a substitute against Lazio.

Liverpool, meanwhile, will of course be without Harvey Elliott.

The teenager underwent successful surgery on Tuesday following the fracture dislocation to the left ankle he sustained during last weekend’s victory over Leeds United.

Jürgen Klopp did not disclose any other fresh injury news during his pre-match media duties, though Roberto Firmino and Takumi Minamino were both absent at Elland Road on Sunday as they recover from previous issues.

The latter did participate in the side’s workout on the eve of the game, however.

On the strength of Group B, which also includes Atletico Madrid and FC Porto, the Reds boss said: “This group can be exciting from the first second to the last second, I can’t see any kind of early decisions made in this group and that keeps us on our toes.

“In between these games, we have a very important competition as well playing Premier League, League Cup and then hopefully FA Cup later on in the season, but it’s the thing we wanted. It’s exactly what we wanted.

“Now we are here, we play Milan here, Porto and then Atletico, unbelievable stadiums as well, great crowds, all that kind of stuff, passionate fanbase. It’s exactly how you want football. That’s what we got and now we have to deal with it.”