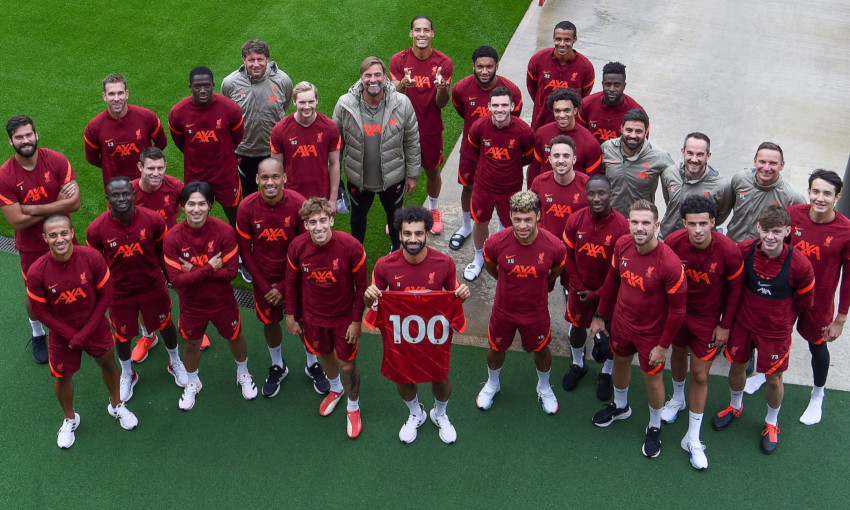 The forward reached the landmark on Sunday by netting the opener in the Reds’ 3-0 victory over Leeds United at Elland Road.

Salah became the fifth-quickest player in the competition’s history to hit the century milestone, doing so in just 162 appearances in the division.

Indeed, the Egyptian’s record for Liverpool is somewhat remarkable, with 98 of those Premier League goals coming in a mere 149 games for the club.

And Salah’s colleagues were keen to recognise the achievement as they presented him with a special ‘100’ jersey and gathered for our photos at the AXA Training Centre earlier today. 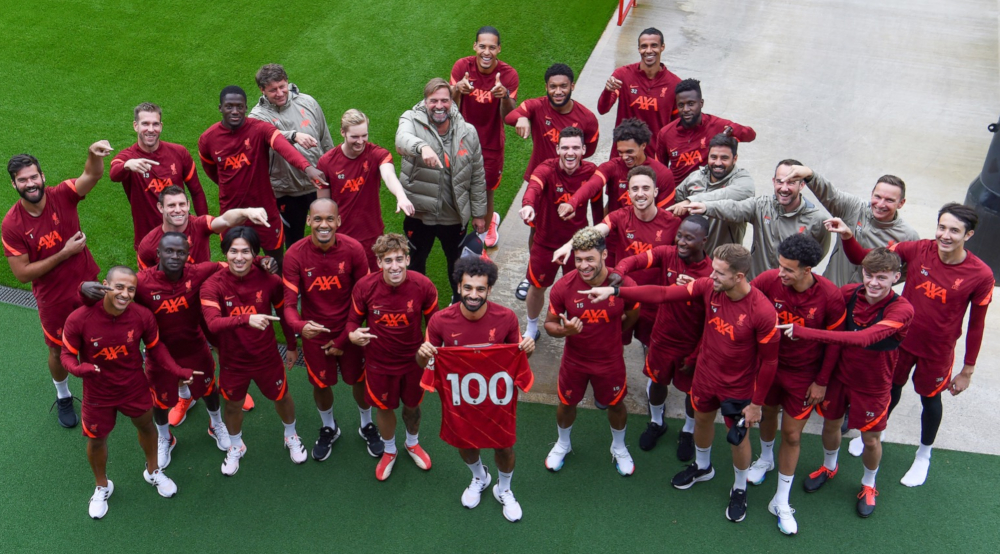