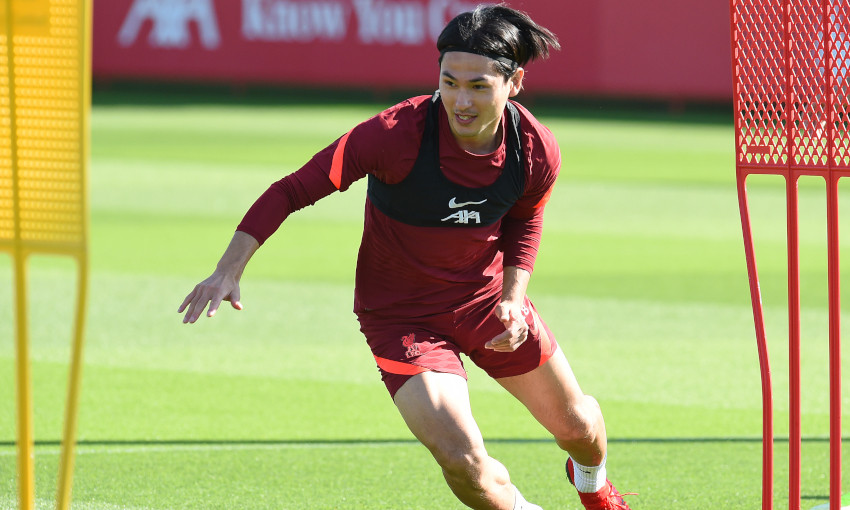 Takumi Minamino is pushing for an opportunity to show his pre-season form on the pitch for Liverpool, explained Pepijn Lijnders.

The Reds attacker is awaiting his first appearance of 2021-22, having been an unused substitute in five of the six fixtures so far this term.

Jürgen Klopp and his coaching staff have been highly impressed by Minamino’s levels since returning from a loan spell at Southampton in the summer and are excited by his scope for further improvement.

Speaking ahead of Tuesday night’s Carabao Cup tie against Norwich City, assistant manager Lijnders said: “Taki had a really good pre-season and I think it was really important for him after going to Southampton, which was a good decision at that time.

“He came back and had a complete, full pre-season with us training-wise. He made an impact in pre-season, we were really enthusiastic about him. Then he had a small issue, with the national team, but he’s back now. He was not 100 per cent fit because he came back early, but now he is good to go and we are really happy that he’s part of our team.

“That’s what we need; we needed it already in the last games. He has this good timing to move in behind, good combination play when the players are close to him.

“He only can become better. That’s what we like, that’s why we brought him in at that time – because we saw the potential, not the end product.”