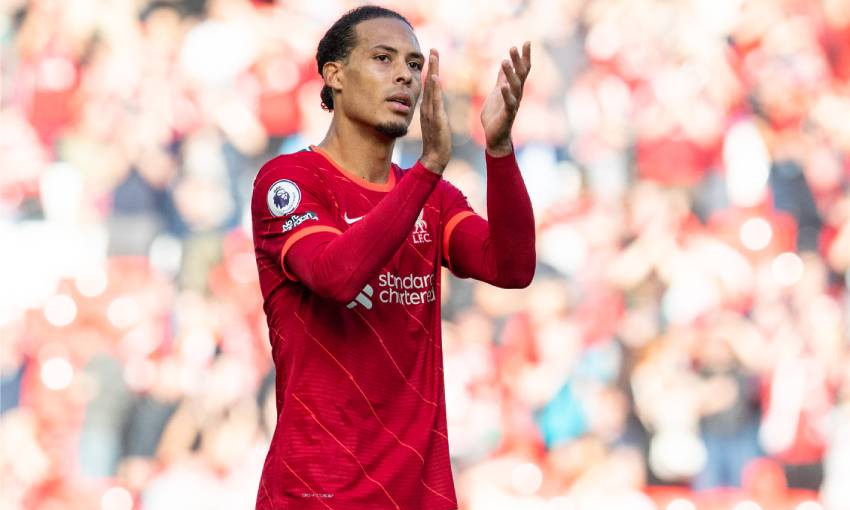 Joel Matip has been delighted with Virgil van Dijk's return and the addition of Ibrahima Konate to Liverpool's defensive ranks.

Van Dijk and Matip have been able to re-establish their impressive centre-half partnership this season, with the No.4 slotting back into the Reds' line-up after missing most of 2020-21 with a knee injury.

Konate, meanwhile, kept back-to-back clean sheets in his first two competitive starts for Jürgen Klopp's side, having arrived from RB Leipzig in the summer.

"It has been great for me to play alongside Virgil again," Matip said in October's issue of the Liverpool FC magazine. "It was a long time for him to be out and I am really happy to see him back on the pitch.

"He's the complete centre-back. He is calm with the ball and great against the ball. He is a leader when we are playing and we missed him, but now he is back and that is good for us.

"Ibou is settling in really good. It always takes some time to settle in general and in the defence to get a good connection.

"It needs time before I know how he will react and he will know how I react. We have trained a lot together and it will always need some time next to a new player, but he is already going really well."

On building up chemistry between the back four, goalkeeper and defensive midfielder, the No.32 added: "Everybody has the same idea of football in how we defend, but of course everybody reacts a little bit differently so you need to get adapted.

"It depends on the six who are playing because we do not all play the same way so we always have to make some small adaptations.

"But the idea of how we play – and how we defend – always stays the same. Of course, small adaptations are necessary for every player because every player is different."