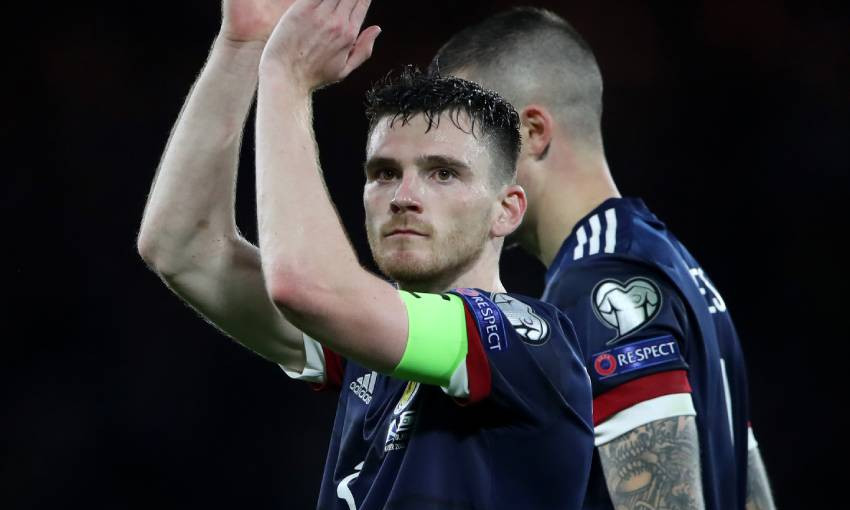 Andy Robertson captained Scotland to a dramatic 3-2 victory over Israel and registered a pair of assists.

The left-back set up John McGinn's first-half equaliser at Hampden Park and then sent in a fine cross that was finished by Lyndon Dykes to make it 2-2.

The Group F encounter was then decided by Scott McTominay's stoppage-time winner, giving Robertson's side the three points.

The Scotland skipper said afterwards: "We'd rather win two or three nil and not have it be nervy, but that's not Scotland, is it? I grew up watching the national team, it's never comfortable, is it?"

Also in the CAF section of qualifying, Naby Keita played 76 minutes of a 2-2 draw between Guinea and Sudan.

Kostas Tsimikas helped Greece beat Georgia 2-0 away from home, with the Liverpool full-back playing the entirety of the match.

Finally, Jordan Henderson and Caoimhin Kelleher were unused substitutes for their countries.