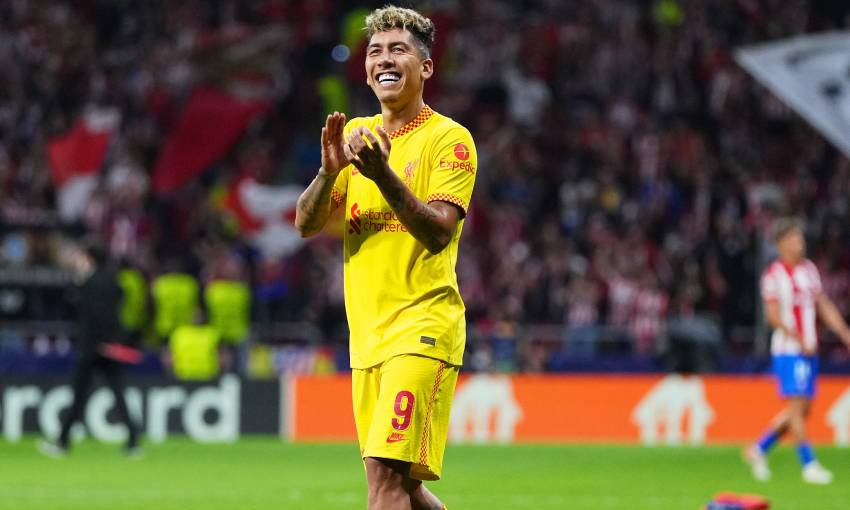 Liverpool made it three wins from three in the Champions League this season by beating Atletico Madrid 3-2 on Tuesday.

Mohamed Salah's second-half penalty gave the Reds the victory in the Spanish capital after a thrilling Group B contest.

Here are five talking points from the match...

Goals, wins and drama in Group B

Liverpool sit comfortably at the top of Group B after three rounds of goal-filled games.

A total of 16 goals have been scored in the Reds' European fixtures this term, with Tuesday's tie perhaps the most action-packed of them all.

"When these two teams face each other then some drama I would say is guaranteed," Jürgen Klopp said post-match.

The visitors' hard work to get 2-0 in front after 13 minutes was undone when Antoine Griezmann pounced twice to level things up.

But the Atletico striker's dismissal in the second half was another momentum shifter, allowing Liverpool to take control and go ahead when Diogo Jota was fouled in the penalty area.

Three points nearly turned into one when the referee initially pointed to the spot when Jota was adjudged to have brought down Jose Gimenez.

But thankfully he overturned his decision after a long VAR review – which must have been an excruciating wait for those in the away section at Estadio Metropolitano.

It may have enhanced the satisfaction at the final whistle, though, as Klopp's men are now a victory away from securing a spot in the knockout rounds.

James Milner put to bed any thoughts of him raising an appeal about being the scorer of the game's first goal.

For a few minutes on Tuesday, the vice-captain was credited with opening the scoring.

Salah's jinking run and shot took a deflection that helped the ball end up in the back of the net. The big question was who got the touch – Milner or an Atletico defender?

UEFA first gave the goal to Salah and then Milner after a few replays, before reverting back to the Egyptian.

Milner, as is his way, offered no protests afterwards.

He said: "My foot was dangling about! Goals are more important to Mo than me, so it's another special goal for Mo."

He's now the first Red to ever score in nine consecutive matches.

And when he grabbed his second, the No.11 overtook Steven Gerrard to become the club's all-time top goalscorer in the Champions League with 31 goals.

Truly incredible and more to come no doubt.

Alisson deservedly claimed the UEFA and LFC Man of the Match awards after a superb display between the sticks.

The end result could have been entirely different without the Brazilian's vital interventions in both halves.

First he denied Griezmann in a one-v-one duel at 2-1, as he then made himself big to extinguish promising situations for Joao Felix and Yannick Carrasco inside the box.

The No.1 reflected: "It's always a tough place to come. I came here before twice and I lost both games. And today getting the victory here, three points is really important for me, for us and for the things that we want to achieve."

Another big one awaits

The huge games keep on coming.

Liverpool's next challenge as they look to maintain their unbeaten start to the campaign sees them travel to Manchester United in the Premier League.

"We need to keep our foot down and keep this run of form going," Milner stressed.

In addition to their fine form, the Reds can take a bit of confidence from a rather unique statistic ahead of the Old Trafford trip.

Klopp's men are unbeaten in their last 25 Premier League matches against teams with 'United' in their name. Avoiding defeat on Sunday would make it the joint-longest unbeaten run against 'United' teams in the history of the Football League, matching a 26-game run set by Brentford between October 1998 and November 2000.