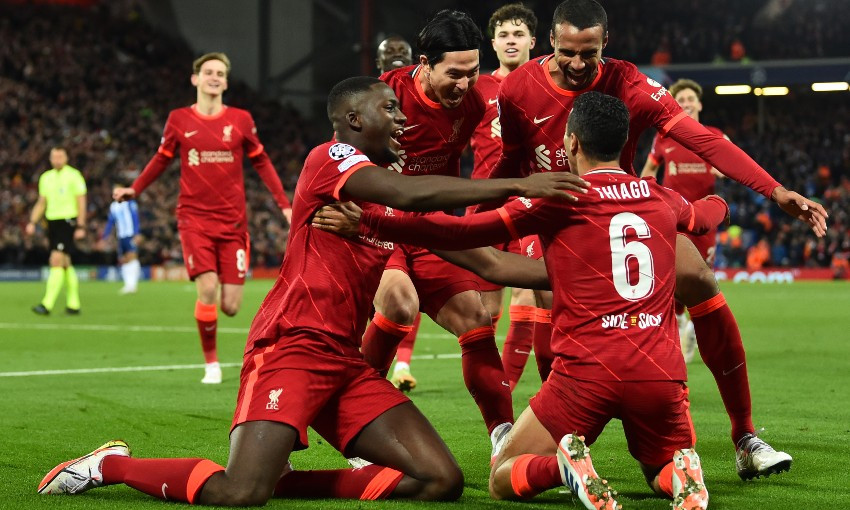 Liverpool maintained their flawless record in Champions League Group B with a 2-0 victory over FC Porto at Anfield on Wednesday evening.

Mohamed Salah added a second soon after with a smart reverse finish into the bottom corner to take his tally for the season so far to 17.

The result made it five wins from five in the first stage of this season’s tournament, with a trip to AC Milan the final task in the group in two weeks’ time.

Tyler Morton was handed his European debut as Liverpool made four changes from the weekend win against Arsenal. Neco Williams, Ibrahima Konate and Takumi Minamino also came into the XI, while the bench was bolstered by the returns of Andy Robertson, James Milner and Divock Origi. 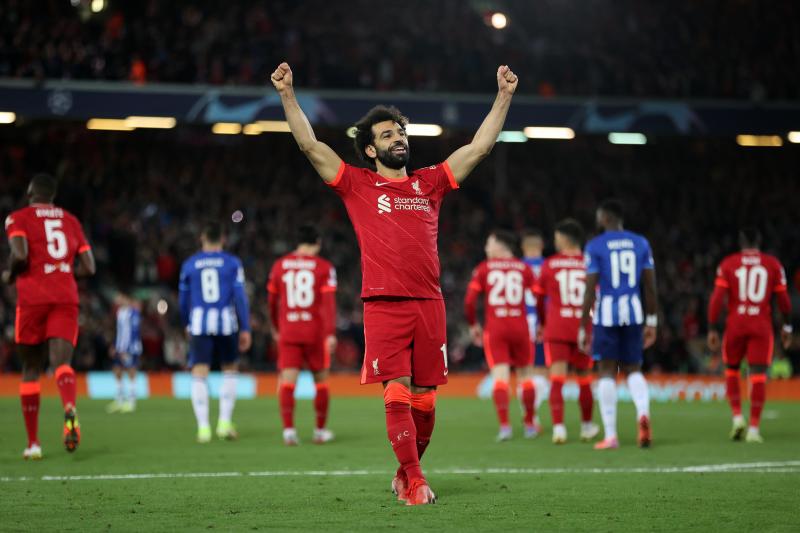 With Liverpool’s qualification for the knockout phase as group winners already confirmed, and Porto’s hopes hanging in the balance, the visitors made the more assertive start at Anfield.

The Portuguese side would threaten again soon after as they broke on the counter. Luis Diaz attempted to square for Otavio to tap in, but he struck wide under the attentions of Kostas Tsimikas.

At the other end, it was Tsimikas who supplied the corner that found the head of Konate, though his effort flew straight into the grasp of Diogo Costa.

Next, with 24 minutes elapsed, Costa’s attempted clearance stuck Mane and deflected into the path of Salah, who couldn’t get enough purchase on his first-time attempt to turn the ball over the line from the edge of the box.

Liverpool through they’d taken the lead in the final stages of the opening half, but Mane’s composed finish was chalked off by the VAR for offside after a sublime through-ball from Thiago had put him through.

The Senegalese then had a left-footed deflected wide as the first half came to a close without a mark on the scoresheet.

Matheus Uribe crafted the maiden opening of the second period, shooting wide on the spin inside the box after the ball had broken for him at a corner. 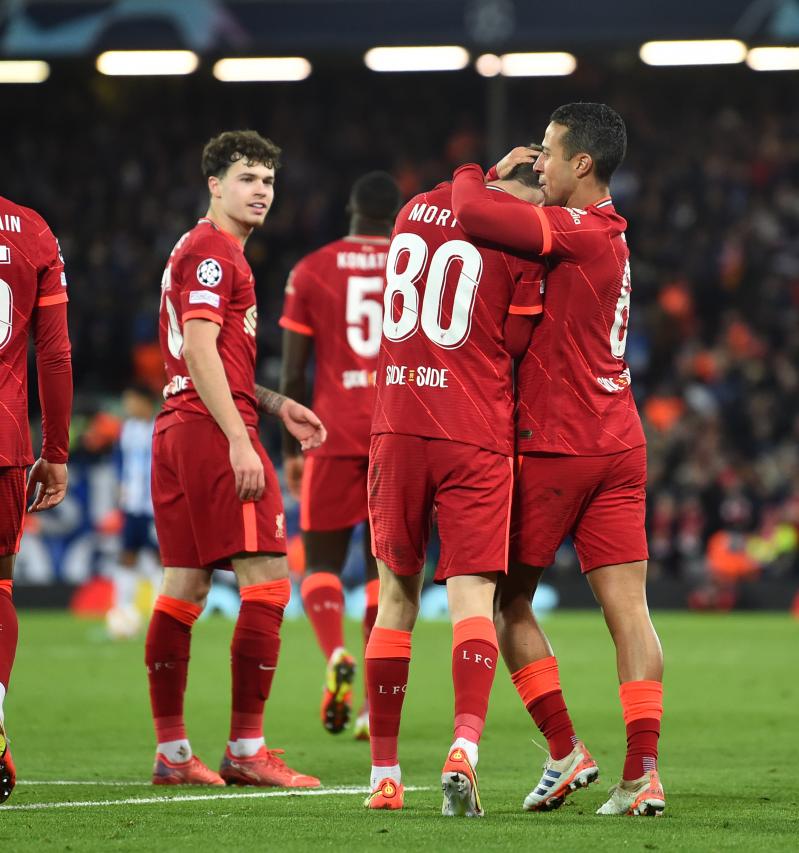 And then came the deadlock breaker – in some style, too.

Thiago met a half-cleared set-piece into the Porto box with a half-volley he could not have caught any crisper, arrowing the ball low into the bottom corner from 20 yards.

Oxlade-Chamberlain then went close, while Minamino was denied by a raised flag, before Henderson and Robertson entered the action just after the hour in place of Thiago and Tsimikas.

And it was Henderson who claimed the assist for Liverpool’s second of the night.

Morton’s ball down the right sent Salah scampering away. He backheeled into the path of the captain, who immediately return the ball to him inside the box. The No.11 dodged two challenges before finding the bottom corner at the near post.

It capped a fine night’s work for Jürgen Klopp’s side, who will sign off from Group B in Milan in a fortnight.

Tyler Morton: I loved every minute of it!