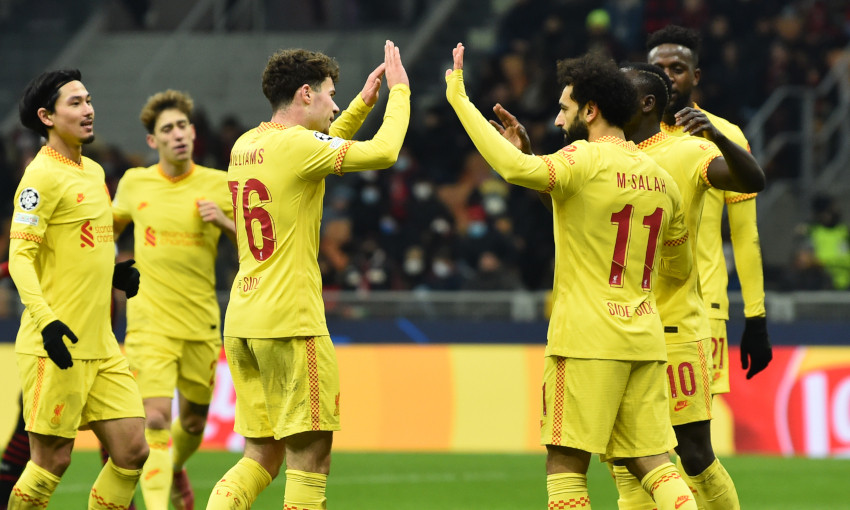 Divock Origi was again the match-winner as Liverpool came from behind to conclude a perfect Champions League group stage by beating AC Milan 2-1.

Three days on from his stoppage-time heroics at Molineux, Origi started at San Siro on Tuesday night and headed in the decisive goal 10 minutes into the second half.

Earlier, Mohamed Salah’s 20th strike of the season had equalised Fikayo Tomori’s opener as the Reds became the first English team to win all six of their pool-stage matches in a Champions League campaign.

Jürgen Klopp made eight changes to his starting line-up, with only Alisson Becker, Sadio Mane and Salah retaining their places from Saturday.

Following a low-key opening from both teams, the Reds began to take a grip of the game and were on top - albeit without troubling Milan goalkeeper Mike Maignan - when Tomori’s goal arrived.

The former Chelsea defender reacted quickest to tuck away the loose ball after Alisson had palmed away a near-post effort from a corner.

Liverpool excelled in response, though, and Origi worked himself half a yard to fire off a left-footed snap-shot that Maignan saved.

But soon after the visitors were level.

Alex Oxlade-Chamberlain showed quick feet on the edge of the area prior to unleashing a stinging low drive that Maignan could only parry and, inevitably, Salah was on hand to slam the rebound high into the net.

It was Liverpool who began the second half the brighter of the sides and they led 10 minutes after the restart.

Mane pounced on a loose touch from Tomori as Milan attempted to play out from the back and the No.10’s powerful strike was beaten away by Maignan.

However, the ball dropped in Origi’s vicinity and the Belgian angled a fine header into the far corner to put the Reds on course for another victory.

On the hour, Klopp reintroduced Joe Gomez and Naby Keita following their respective injury lay-offs, with Mane and Salah the men to make way.

There was time for Origi to very nearly add his second of the evening – another header from the forward going narrowly wide this time – before he too was withdrawn for Fabinho as Klopp looked to close the result out.

Milan rallied to apply late pressure as they sought to keep their hopes of qualification for the last 16 alive, and Alisson made a superb save to thwart Franck Kessie as the midfielder went through one-one-one.

But the win was Liverpool’s thanks to yet another moment to remember from Origi.