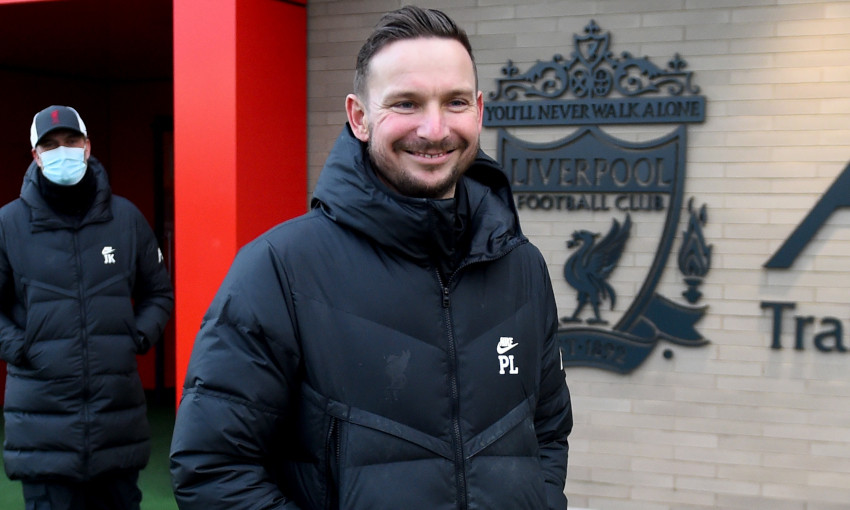 Pepijn Lijnders is hoping this Liverpool team can create another 'special moment' in its history when they take on Chelsea in the Carabao Cup final on Sunday, but warned of the huge quality their opponents possess.

The Reds and Blues will meet for a third time in 2021-22 this weekend with silverware up for grabs at Wembley. Both previous clashes in the Premier League have ended in draws, with August's Anfield encounter finishing 1-1 before a 2-2 thriller at Stamford Bridge in January.

Lijnders is anticipating another close match with Thomas Tuchel's side this time around, but detailed how Liverpool will prepare for the contest just as they would any other game, while also 'cherishing' the occasion.

The assistant manager sat down with Liverpoolfc.com at the AXA Training Centre this week for an in-depth chat to preview the cup final. Read on to see what he had to say…

Pep, Liverpool at Wembley in a cup final. Sounds good, doesn't it?

Yeah, a final sounds good, I think; [a final in] February sounds good; Champions League in February sounds really good. Wembley makes it special for the club, for us. We are going to prepare as well as we can and we really look forward to it.

This group has won the Premier League, the Champions League, the Super Cup and the Club World Cup. How important is it now to add a domestic trophy to that list?

We always wanted to do that, to be honest, if you look to the past, you will see we always attacked each competition but you have to have the opportunities, the timing, the right opponents sometimes - so I think we played Chelsea away one time, we played Arsenal at home with penalties - but we always wanted it and, yes, of course, it is important. We want to add finals, we want to add journeys, we want to add special games - that's the task of us as a club and in this project and I think we are delivering. This journey to Wembley has been really incredible, if you look at Leicester and the two games against Arsenal, this is what we want - special games. Hopefully we can make Wembley special as well. 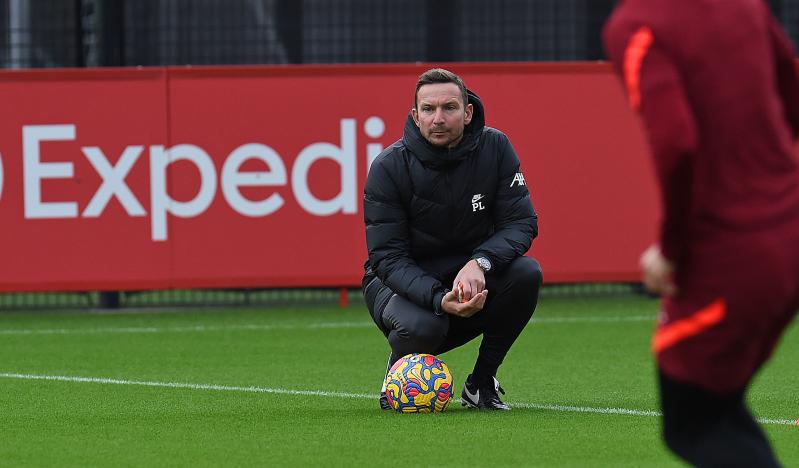 I think that's the 'common history' the manager speaks about a lot. Why is that so important for this group?

We all know that they are a special group, but it's not just the group, it's a common history for the club as well. We have a group of players who prepare each day and work each day to prepare for finals. That's the good thing, to be honest, because we prepare for each game like a final, so it's not that different. We always say the cup competitions, the national ones, are like the soul of football. We all say - and we all know - we have so many good players, so many legends in our team, but to become a true Liverpool legend you need to win cups, national cups as well. Yeah, the League Cup with Chelsea as the final, which could be a Champions League final as well, so that is the level we are talking about.

If we were to win on Sunday could it have an impact on the rest of the season? There is still so much left to play for...

What I like about us is that we look at it each game at a time. We saw Leeds as a final, we see Chelsea as final and the next game [after that] will be the same and we don't look any further than that. I like that about us, we have this mentality to attack the next game as if everything depends on it. That's why we are the group we are and that's why we became the team we are, but winning things always influences. Look at Chelsea when they won the Champions League and now they have won the Club World Cup. They are a tough, tough opponent.

There are some who may say it's 'just the League Cup', but that's not a view shared here...

Not if you play against Chelsea. Not if you go to Wembley. Wembley represents a lot of things - and one thing it represents is proper love for the game and the love of football. You go there to make history and each cup provides a history, but, as I said, Chelsea will be a tough opponent.

We've witnessed just what a tough opponent they are in the two draws we've had against them in the league this season. What can we expect from Chelsea on Sunday?

They are a top team. A top team. It feels like they always find spaces we leave; for example, we leave space behind our strikers, they use, we leave space behind our lines, they use, we leave space on the opposite side, they use. They are not an easy opponent to defend against, so we have to be spot on and we need to really have a clear idea and a clear plan on how to attack them defensively. We know we can hurt them with the ball, so that's what we have to prepare and hope for. It's good that we have played them twice already so we know more or less what we can expect. We really look forward to it, it's always good that you play these good games because it means you can become better as well.

Because we have played them twice already this season, will we use anything from those games in our analysis ahead of Sunday?

Yeah we always do, we always try to, but always with the idea that they do as well. Things can change, look at Norwich, for example - they completely changed their approach towards us to what they'd done in their last game. Normally the best teams don't change and they keep their own idea and they want to make it dominant from their side, so I think we can expect that from Chelsea. It will be 90 minutes or 120 minutes, but we will fight to stop them and to cut pathways to their best players will be really important.

Whoever does win on Sunday, they're going to have to be at their best because it is two world-class teams going up against each other. As you said, it could be a Champions League final... 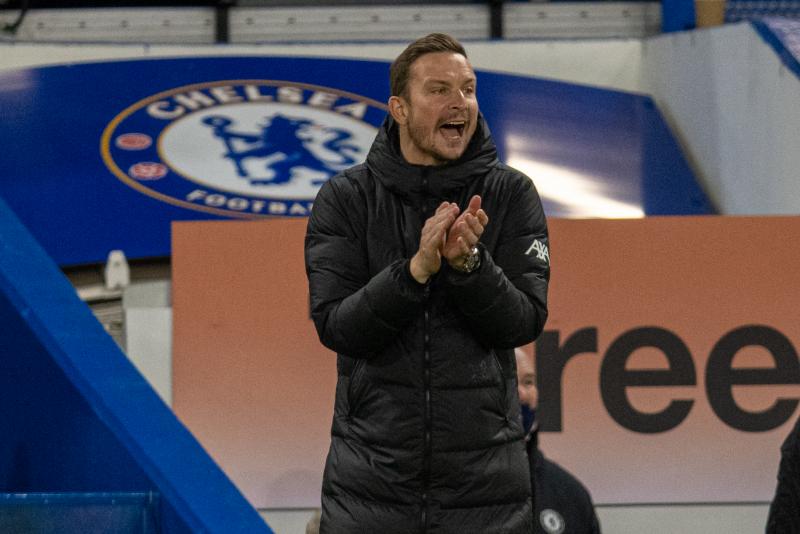 In terms of the preparations in general, are they going to be any different to what they were for Leeds in midweek, for example? Do they change because it's a final or are they the same as normal?

I think it's really important, and that's what I tried to explain, because we see each game as a final, we prepare for each game in the same way. Even with the final and everything that's around it, we will prepare in the same way. Our boys are used to playing in finals more and more and more and this is important. That's why I like, for example, Sadio and Mo went to the AFCON final. We all know you need to learn to play finals and with time you become better at it. With this group, that's why you referred back to this common history which Jürgen speaks about: the better you become at playing finals, the more you learn about the noise around, the more you learn about controlling emotions and still being emotional in the game. These things make a big difference and that is the group we've built: we've built a group who are ready to attack competitions, not just one, not just two but four each year. That's what we try and the group is ready for that, that's why I like that we have our squad and using so many of them because otherwise you have no chance to attack each competition. So, we want to compete, we want to compete in each game, we want to be ourselves and against Chelsea that will be the main thing.

On that point about blocking out noise around the game, how important is that? There will be a lot of talk around this game...

You have to cherish it, that's why we are in football. You need to love it, you need to want it, this is the difference between a good player and a top player, in my opinion. I like more and more how our group looks, we have winners. We have boys who know what it is to represent Liverpool Football Club, who know how it is to go into finals, how to prepare, how to be together and how to stimulate each other. Listen, we've not won, so it's not that I am speaking [ahead of myself]. We know how hard it is going to be against Chelsea. The good thing is if we win, we take the cup and if we lose, we go to our families.

If we do win - and we know how difficult that will be against a really top, top side - how much are you looking forward to being able to celebrate with our fans after not being able to with the Premier League in 2020?

Yes, but if I speak about it now too much it may feel like we have already won, which is absolutely not the case. I think this pandemic took away a lot from us, most tragically it took a lot of lives, but it also took 'normal life' away as well. These things, for example: Premier League, 30 years, [after] such a long time we were the team that did it - and we were the staff and players at this moment in time who represent this beautiful club and who did it, who won the Premier League. Not being able to celebrate with our fans is just a big scar, in my opinion. We will take that and probably that scar will become a little bit less when we win something. I hope there will be a moment, not just for us but for the fans as well, to have this moment together - and we will celebrate twice as hard, that's for sure knowing our fans.

What would your message be to our fans who'll be at Wembley on Sunday?