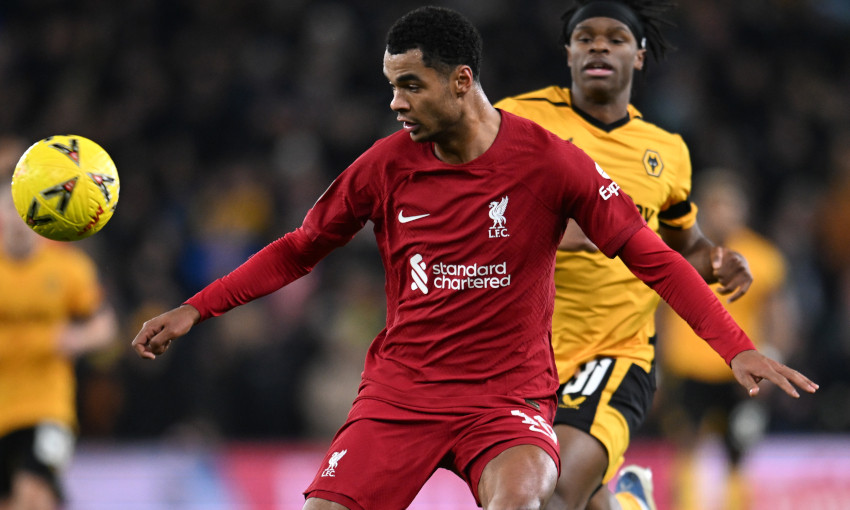 Cody Gakpo believes his understanding with his Liverpool teammates is growing with every game, as he outlined the squad’s collective determination to ‘win and perform for the fans’.

The Dutchman feels the Reds’ gritty Emirates FA Cup replay victory at Wolverhampton Wanderers has given the players an important shot of confidence ahead of Saturday’s Premier League clash with Chelsea at Anfield.

Gakpo joined Liverpool from PSV Eindhoven at the start of the January transfer window and has started the past three games for Jürgen Klopp’s side.

The attacker, who scored three goals in five matches for the Netherlands at the World Cup, is now intent on delivering game-changing contributions for his new club – and Gakpo is convinced his performances will only improve as he builds relationships with his new teammates.

“I feel that's coming,” he said in an exclusive interview with Liverpoolfc.com. “Of course, in a new team you have to adapt to the style of playing and how other players play around you.

“You have to get to know each other. That's what I'm trying to do and I feel that is getting better every game – and it will be even better in the next one [against Chelsea].

“We have a really good group, with a lot of quality and we are really together. Everybody is determined to win and to perform for the club and for the fans.

“When you win a game at Wolves, then that is good for everybody, for the mood, and that's something we can build on. We gained confidence.

“We have to keep working hard, improving every day and the wins will come.”

The 23-year-old remains the Eredivisie’s top goalscorer this season, having struck nine times in the league before moving to Liverpool. He has also provided more assists (12) than any other player in the Dutch top flight.

Gakpo acknowledges the Premier League represents a new challenge, but says he is enjoying the high-octane nature of English football.

“The game is really fast and I like it,” he said. “The biggest difference is the speed of the game. It's faster than in the Eredivisie.

“Normally, at PSV, we would have the build-up and it takes a long time before we get to the goal. Here, we try to go for goal as fast as possible – in a good way – and the opponent as well.

“There are a lot of different things than in Holland, but it is up to me to adjust as quickly as possible.”

Gakpo’s acclimatisation to life at Liverpool has been aided, he says, by the presence of Netherlands international colleague Virgil van Dijk.

Midfielder Curtis Jones, meanwhile, recently revealed he has swiftly struck up a friendship with Gakpo, describing the Reds’ No. 18 as ‘an exciting player and a great guy’.

“Everybody is really nice,” added Gakpo. “Virgil, I've known him a little bit longer, from the national team. He is helping me a lot, and Curtis also. Just with the small things they can help me. I really appreciate that from all the guys, so I'm really grateful.

“It's really great to be here. It's a really nice, warm club.”

Cody Gakpo on Brighton, trophy ambitions, settling in and more

Jürgen Klopp on Cody Gakpo: 'I'm completely happy with him'