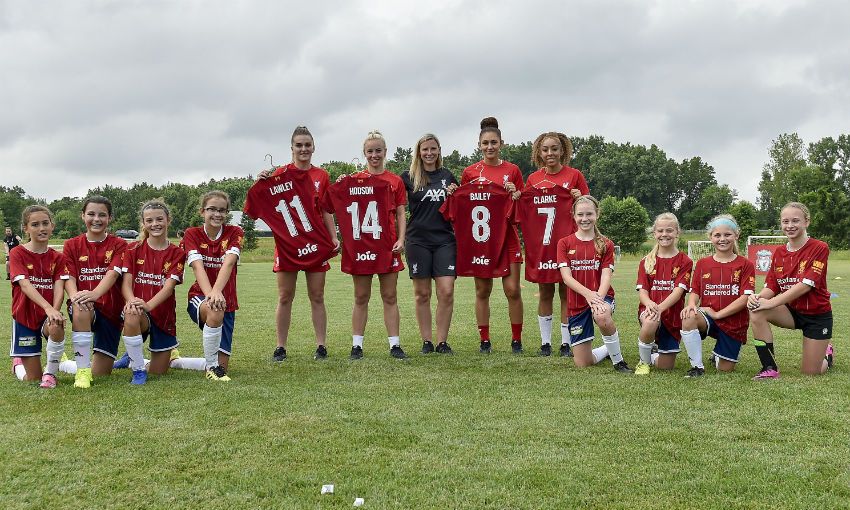 Already front and centre on the men’s team jersey, the multi-year partnership with Standard Chartered will see the bank extending its long-running relationship with the club.

Also already a sponsor of the men’s team, Joie supports families of all shapes and sizes, promoting values in line with the club’s own family-orientated philosophy.

As a principal partner of LFC Women, baby gear brand Joie will take an on-shirt position on the tail of the jersey, formerly occupied by Standard Chartered, and will be known as official family partner of Liverpool FC Women.

The announcement comes as the side conduct their first pre-season tour with the men’s team, which will see them play two friendlies in the United States, as well as training, meeting supporters and taking part in community activities. The women’s tour is also being hosted by Joie. 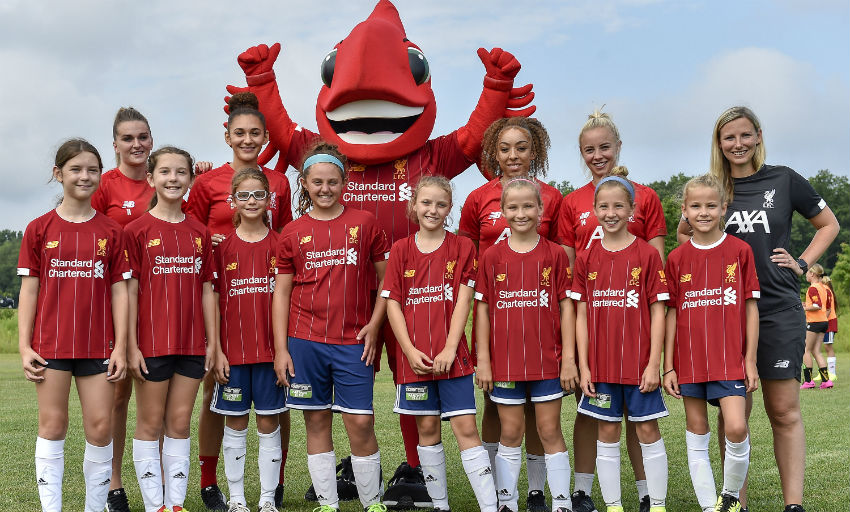 Jade Bailey, Melissa Lawley, Jess Clarke, Ashley Hodson and Jepson all went along to help to deliver a special coaching session with the girls.

They also presented this season’s LFC Women home shirts to the team and invited them to Thursday's game against Cleveland Ambassadors at Notre Dame University, courtesy of Joie.

Peter Moore, chief executive of Liverpool Football Club and chairman of LFC Women said: “It’s fantastic to see that Standard Chartered is strengthening its involvement with the LFC Women’s team.

“And for a family-focused brand like Joie, it’s also a very positive message to see them investing in both the women’s and men’s teams, and hugely positive to see brands continuing to back diverse and inclusive organisations. We’re very pleased we can count on their support.”

Jepson said: “It’s really galvanising as a team to have the support of brands like Joie and Standard Chartered for the next few years. We’re really looking forward to working with them beyond our pre-season tour.”

David Welsh, senior managing director at Joie, said: “At Joie we are all about families, and we’re delighted to expand our support of the Liverpool FC family to the LFC Women’s team. We look forward to continuing our partnership together, supporting families in need and inspiring the next generation of LFC fans.”

Emma Sheller, global head of brand and marketing at Standard Chartered, said: “Nearly 50 per cent of our employees are women and diversity and inclusion underpins the bank’s values.

“The popularity of women’s football is on the rise - as we’ve just witnessed with the recent Women’s World Cup - and Standard Chartered is excited to be expanding our existing relationship with Liverpool FC Women and work with these elite athletes on some really meaningful partnerships over the next few seasons.”