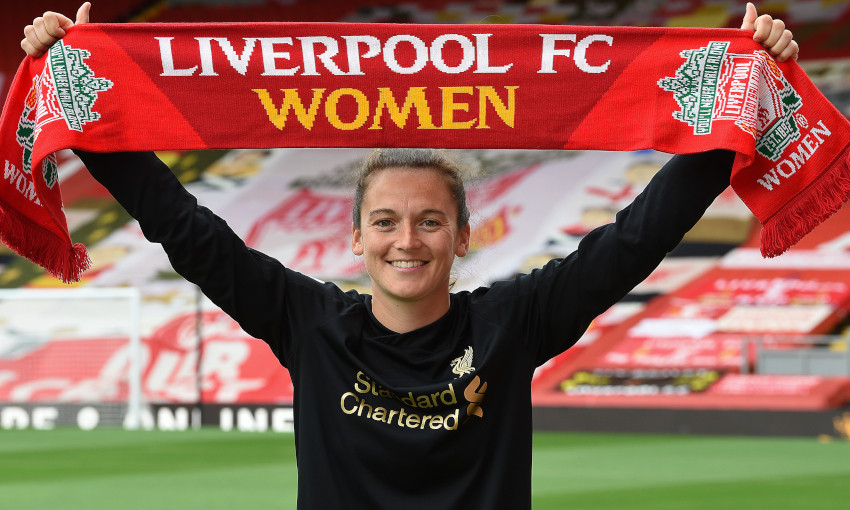 The 29-year-old joins the Reds after two years in the Women’s Super League with Reading.

It’s a case of welcome back to Laws, who was a title winner with LFC Women in 2013 when on loan from her first club Sunderland.

Laws played nine games as the Reds secured their first Women’s Super League and the North East-born stopper said she was delighted to be returning to the club.

“It’s a little bit surreal at the minute,” she told Liverpoolfc.com. “Liverpool is where my WSL journey started.

“I’m excited to be back, excited to start my new journey with Liverpool and looking forward to getting back and hopefully getting the club back to where they belong in the WSL.”

Laws has fond memories of her first stint at the club but is looking forward to making some new history.

She continued: “Hopefully I can make new memories now and hold them with me throughout my career. Back then was a really special time to play for Liverpool Football Club, it was a big thing.

“I needed a new challenge and I spoke to Vicky and Jen, the goalkeeping coach, and everything they said was what I wanted to hear and hopefully I can make an impact like I did seven years ago.” 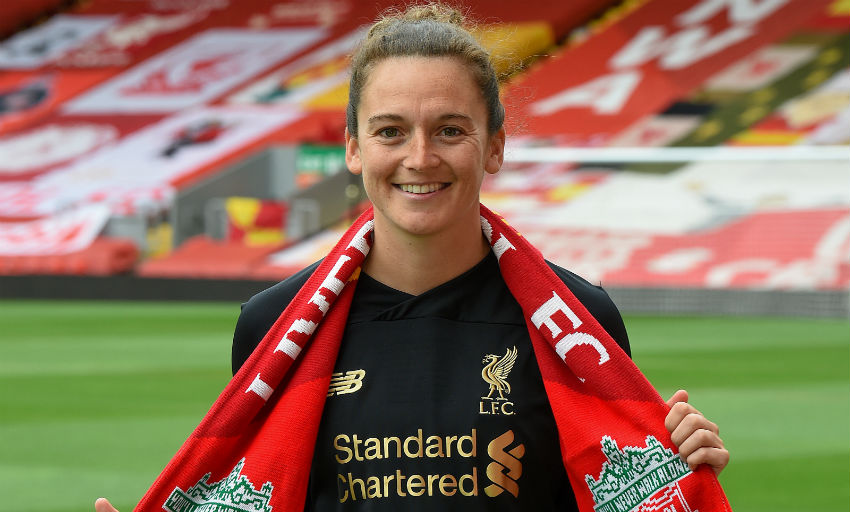 Reds manager Vicky Jepson was an up-and-coming Foundation coach when Laws was last at the club and the goalkeeper is looking forward to renewing their acquaintance.

Laws said: “It’s great that she’s been at the club for many years, she understands what the badge represents and hopefully she can put together a team this season which really complements her and can thrive on the pitch.”

An immediate return to the WSL from the Championship will undoubtedly be at the top of the wish list for LFC Women and Laws is fully aware of the task ahead.

“It gives us something to aim for, something to chase,” she said. “It’s not going to be an easy season, it’s a difficult league to get out of.

“But I think we’ve got a good group who will work hard through the good and the bad, and it’s about picking points up along the way and sticking together.”

Reds boss Jepson expressed her delight at her first signing of the summer window.

Jepson commented: “This signing is great news, Rachael is an experienced WSL goalkeeper, who actually had her WSL debut with our club back in 2013, so it’s great to welcome Lawsy back.

“She’s got the characteristics we expect from a goalkeeper, to demand and drive our outfield players to retain and build attacks and hopefully keep many clean sheets in the future.

“I’m sure many LFC fans will be delighted to welcome her back and I’ll look forward to watching her contribution to our team over pre-season.” 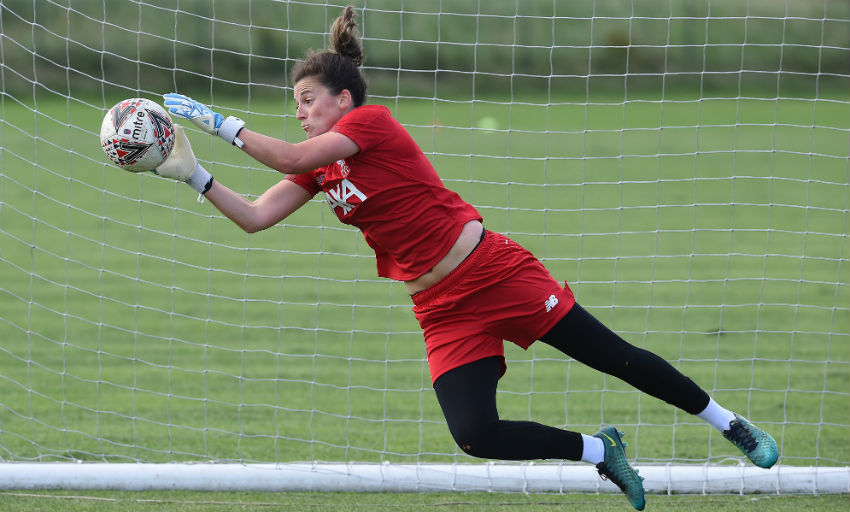 Laws enjoyed her first training session with her new teammates on Monday as the squad returned to training following the break.

Goalkeeping coach Jen Herst said: “We had a great first session with Lawsy. Her positive attitude, work-rate and experience shone through. I’m really looking forward to working with her over the coming season.”