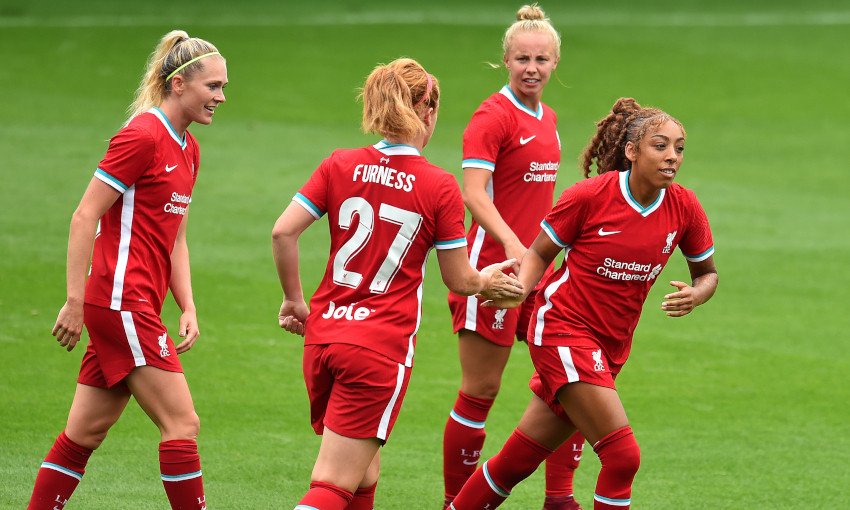 Liverpool FC Women enjoyed another valuable workout as they continued their pre-season preparations against Brighton Women at Prenton Park on Sunday.

All three of the Reds’ summer signings played the full match, with Rachael Laws between the posts, Taylor Hinds at left-back and Amalie Thestrup leading the line.

The Prenton Park pitch – relaid during the lockdown – was in good condition, allowing both sides to try to build from the back and control possession.

It was the Reds who had the best of the early exchanges, with Jess Clarke bursting between two players to fire on goal, the goalkeeper grabbing only at the second attempt.

She didn’t have long to wait for a goal, though, meeting a terrific cross from Rinsola Babajide on the left with a controlled volley at the back post on 12 minutes.

Rhiannon Roberts and Amy Rodgers anchored the Reds midfield, the former occasionally unleashing some of the tackles for which she is renowned.

Hinds tried her luck from distance, the ‘keeper clawing it away from the top corner, before a clash of heads saw lengthy treatment for Rachel Furness, who played on until the break. 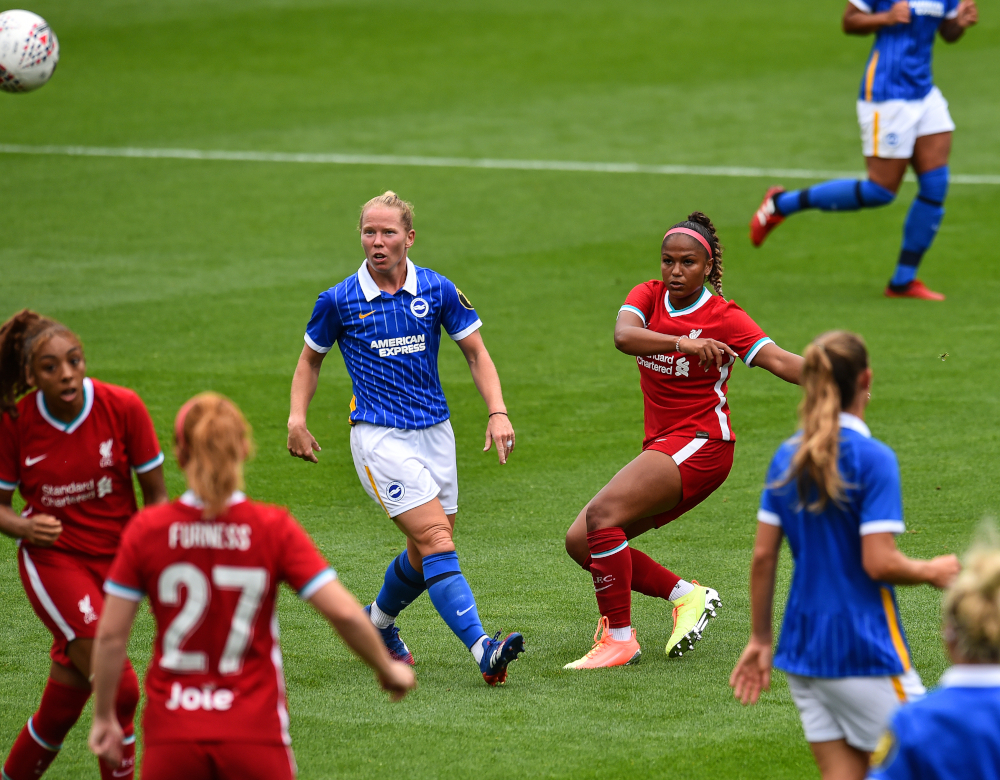 Laws was more evident for her passing ability than goalkeeping in the first period, Brighton’s best chance coming from a good cross headed wide shortly before half-time.

Kirsty Linnett, Jade Bailey and Melissa Lawley arrived for the second half and the Reds almost extended their advantage straight away.

Good work from Babajide – voted the team’s 2019-20 Player of the Season – sent Hinds down the left and her cross was struck against the crossbar by Lawley.

Brighton came more into the game and had the ball in the net just before the hour but the flag was up for offside.

The visitors were almost level after the Reds lost the ball at the back and Laws was beaten to it, but the defenders regrouped and the shot went wide. 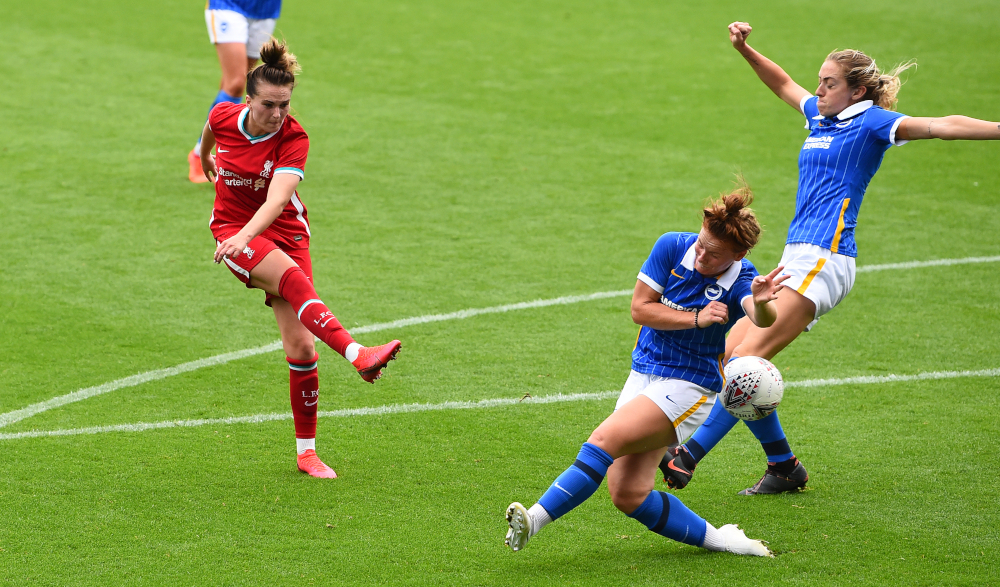 Vicky Jepson sent on Missy Bo Kearns from the bench with 10 minutes left and the midfielder could have had two goals during her short cameo.

Lawley caught Brighton playing out from the back and fed the young Liverpudlian but her attempt to chip the ‘keeper curled wide, before she headed wide from a Hinds corner.

But the Reds nevertheless made it three wins out of three in pre-season so far.