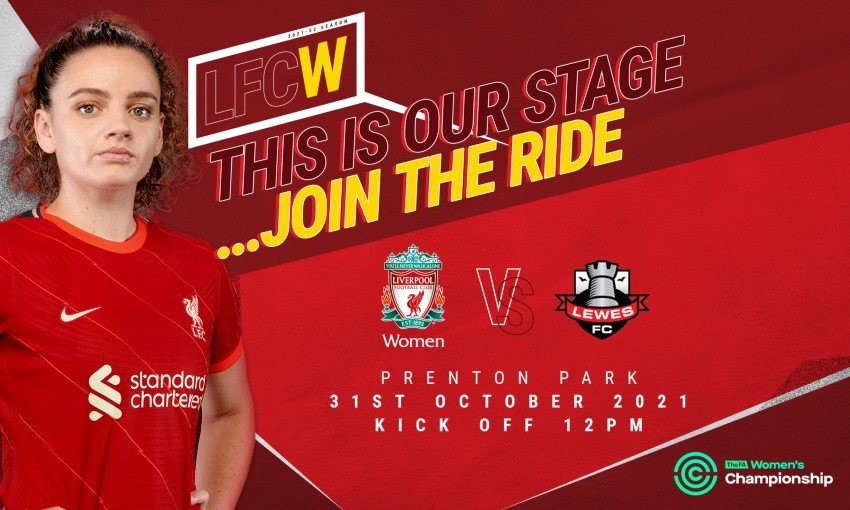 A fantastic family day is in prospect at Prenton Park on Sunday as Liverpool FC Women return to action.

Matt Beard’s side were on a fine run of form before the international break, winning four of their last five league games before a penalty shootout victory against Aston Villa Women in the Continental League Cup.

That has left the Reds in second place in the FA Women’s Championship ahead of the visit of Lewes FC Women on Halloween (12pm GMT kick-off).

The Liverpool Women Supporters Club is encouraging fans to come in fancy dress, with Mighty Red to award a special prize for the best costume.

The family fan zone will be open from 90 minutes before kick-off with a face painter for the kids and hot and cold food being trialled for the first time.

A free coach will leave Anfield at 10am to transport fans to Prenton Park. Anyone needing to park and ride can use the car park at the Sir Kenny Dalglish Stand before getting on the coach, which will also bring fans back after the game.

You can book your place on the coach here.

Tickets for the match are on sale now here, priced at just £4 for children and concessions and £6.50 for adults.

Anfield season ticket holders and LFC Members are also reminded that they can claim up to four free tickets for the game by using the special discount codes that will be placed in the Members area of the website this week.