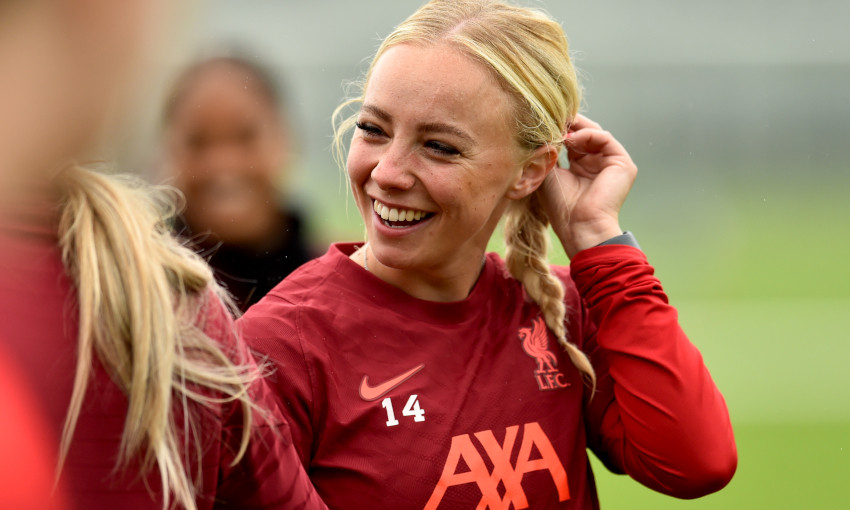 Ashley Hodson is enjoying a season to remember so far.

The popular Liverpool FC Women forward has already written her name into the club's history books and netted a couple of vital goals for the team in recent weeks.

After being given her senior debut in 2014 by Matt Beard, Hodson overtook her friend and former teammate Gemma Bonner to become the Reds' record appearance holder in the professional era.

Game No.116 arrived when the 26-year-old came off the bench at Prenton Park during the goalless draw with Bristol City in September.

A special presentation was then made by the club to Hodson before the subsequent clash with Crystal Palace, and she marked the occasion by netting the winner on her return to the starting XI.

Beard's side have made a good start to 2021-22 and currently sit second in the FA Women's Championship, just two points behind leaders Durham.

"We have found a bit of consistency now in our performances and I think we are building on what Matt is implementing," Hodson told Liverpoolfc.com.

"Obviously, we know it's going to take a little bit to gel in what he wants us to do, but I think we are starting to do that now consistently.

"The new signings have all settled in really well. Matt has brought in a really good group of not only good players but good people as well and I think that is showing on the pitch with our performances."

One newcomer this term is Republic of Ireland attacker Leanne Kiernan, who has helped herself to four goals in her last three outings.

"Leanne has been outstanding, especially in the last few games," said Hodson.

"She has been consistent all season and now she's really coming into form, scoring goals and she's a really important player for us."

With just one promotion spot available in the league, Hodson feels the race to reach the Women's Super League is going to go right to the wire.

But the No.14 insists this LFC Women squad is more than capable of achieving that ambition.

"We lacked consistency last season and I think that could be the key to us getting to where we want to be, come the end of the season," she said.

"Leicester City last season were consistent throughout the season and got promoted, and that is what we are looking to do this year."

Hodson has been at the club for more than a decade, having first joined the youth set-up at the age of 15.

It was Beard who gave Hodson her senior debut during his first spell in the Reds dugout - and she is delighted to be working with the manager again following his return in the summer.

She said: "I love working with Matt and we have got a really good relationship off the pitch as well as on it.

"He wants the best for all of his players and I think everybody can see that. It's really good to be back working with him.

"Everybody wants to do their bit and it has been nice to get a couple of goals, but we all want to do our best to chip in.

"This is the best I've felt in a while and the most confident as well. We have got a great group of people here and Matt has shown a lot of confidence in us all and I think that is really showing on the pitch.

"Even when I was out injured, I still felt like I did my bit to help the team and everybody new that comes into the club, I'm always looking to welcome them with open arms. We all get on so well." 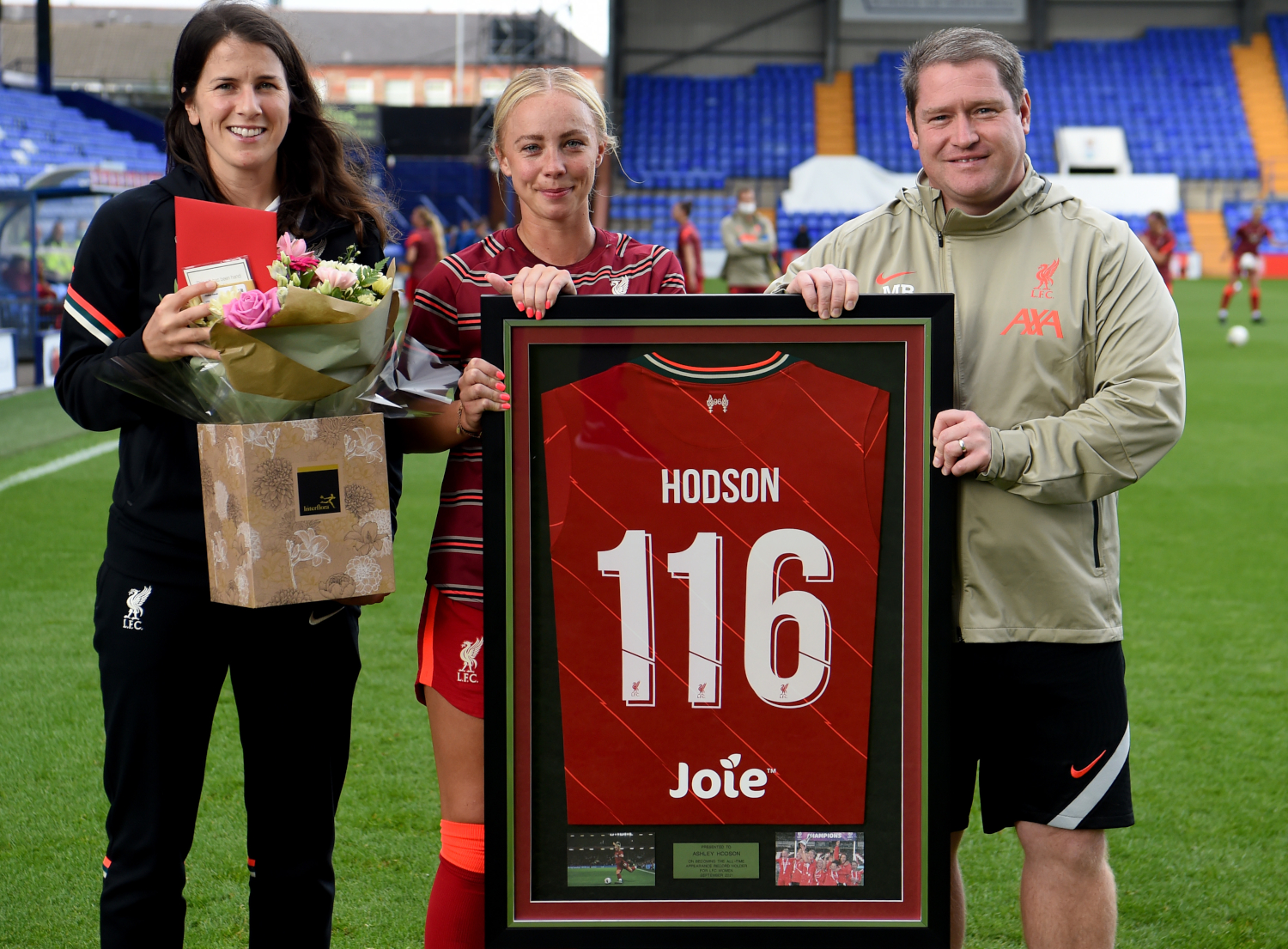 Previously a Women's Super League title winner with the club, Hodson's new status as its record appearance holder is one she is immensely proud of.

"That was really special," she said. "People kept telling me I was close to it but I was just taking each game as it comes because you know in football different things can happen, but I'm really proud of that.

"I've been at this club since I was 15. This is all I have wanted to do and hopefully there's more great moments to come."

Sunday sees the Reds continue their Championship campaign at Prenton Park when they welcome Lewes FC in a 12pm GMT kick-off.

The club's loyal supporters can play a big role for the team once again as they aim for three more points.

"We love playing in front of our fans at Prenton Park and they really help us," said Hodson.

"Lewes is going to be a tough game and we don't underestimate any team in this league because anybody can take points off each other.

"Lewes put in a really good performance against Charlton and got the win, so we know how tough this game is going to be.

"But with our brilliant fans behind us we know they can make that difference you need to get it over the line. Our fans can definitely play a massive part for us this season.

"They really get behind the girls and we all have our individual songs and it's really good when you are out on the pitch to be able to feel that atmosphere." 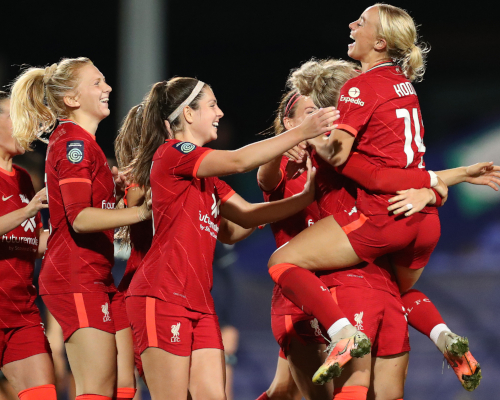 Hodson's own supporter anthem is sung to the tune of The Beatles' She Loves You.

"It's really catchy and sometimes when I go home that song is stuck in my head," she said with a laugh.

"It's a good song and I love the fact they have a song for all of the players."

A popular figure in the squad, the Canadian will have the full support of everybody at the club as she recovers.

"Obviously, we are all going to stick with Rylee throughout this tough time for her," stated Hodson. "We are just glad she is going to be OK as it could have been a lot worse.

"We are all going to rally around her when she comes back in. We know she is going to get looked after and we can't wait to have her back on the pitch with us."