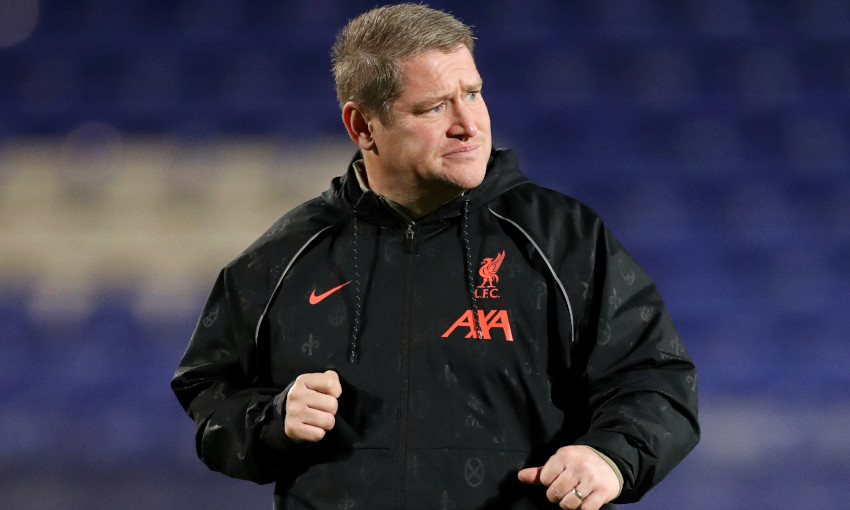 It’s great to be back in action again at the weekend after the international break and we have some very tough fixtures coming up.

I was very pleased with our performance against Aston Villa in our last game in the Continental Cup. We made a lot of changes but the players responded really well and it just shows the depth we have in the group. We have done a lot of repetitive work on the training ground, especially with our pattern of play, and everyone has been involved in that.

You could see the girls taking the work we have done on the training pitch into the game and that was so pleasing to see, especially against a WSL side.

Leanne Kiernan scored another excellent goal for us. Our second assistant manager Paul McHugh has been doing a lot of work with Leanne on her finishing on a daily basis in training. We saw the rewards of that against Coventry United and again against Aston Villa. She had to leave the field unfortunately but thankfully it wasn’t serious. It was just a muscle spasm by her ribs and a couple of days after that she was fine.

I read one of her interviews while she was on international duty and you could see that she is happy, which I think is like everything in life. If you are happy where you are and what you doing then you are going to do well.

We have had a number of players away on international duty so hopefully all of the players will be fine ahead of Sunday’s game against Lewes FC. We are well prepared because we have done a lot of repetitive work in training. We have done a lot of stuff where we tweak it every game but we’ve got a structure and a foundation to play from, and we adapt as we go.

Missy Bo Kearns and Taylor Hinds have been away with England U23s and that was brilliant to see them get their opportunity and they certainly have earned it. 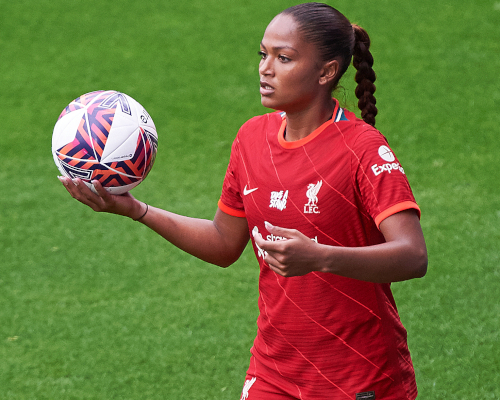 Taylor is a wonderful football player. Wherever you put her in training, as we do some sections where we mix up their positions, she is just gifted and natural. She just plays and she is such a good footballer.

She reminds me of when I was at West Ham and I was watching Declan Rice come through the Academy system. He was playing full-back and central midfield, and everywhere he played he was just comfortable. I see the same traits in Taylor. I’m delighted she got the recognition because Jamaica are also interested in bringing her in.

Taylor’s performance level is getting better every week and I really believe she can go to the very top. She can play left-back, wing-back, right-back and I wouldn’t have any qualms about putting her in a holding midfield role because she knows the game, understands the game and can play off both feet.

We are back at Prenton Park on Sunday but the challenge against Lewes FC is a tough one. They have beaten Charlton Athletic and London City Lionesses and had a close game with Bristol City. They have changed their manager as well, which leads to a bit of an unknown to a certain extent.

Lewes FC are a good organisation and are a good club with some good players, especially at the top end of the pitch. In Rebecca McKenna, she played for Northern Ireland against England and was excellent on Saturday night up against Lauren Hemp. That’s not easy and I thought she did really well.

They have players who can cause you problems and they are in and around the top of the table again. Every year as a team they get better and they progress, but listen, and I’ve said this before, we are in a good place. On the pitch and off the pitch we are in a fantastic place – as long as we concentrate on ourselves and keep working hard, which is what I demand from them.

You look at our men’s first team at Manchester United. Every time Liverpool turned the ball over, the intensity was to either win the ball back or get behind the ball, and our girls are doing that in abundance. I’ll use Mel Lawley as an example when we played Aston Villa. In the 95th minute she made a 60-yard recovery run to win the ball back. I’ve seen that time and time again over the course of the last six weeks as we’ve got better, fitter and stronger.

There’s still plenty more to come from this team, believe me. That’s the exciting thing for me. I know we’ve still another 25 to 30 per cent to give and improve on. We’ve given ourselves a good platform to build on and we know this is a really tough month with the fixtures that we’ve got, with the likes of Blackburn Rovers, Durham and Sunderland. There’s some tough fixtures in this block but all we can do is just prepare as best we can. Hopefully we can get the three points on Sunday and then turn our attention to the Continental Cup tie next Wednesday night away at Sheffield United.

I would also like to say a few words about our goalkeeper Rylee Foster, who was in a road traffic accident. First and foremost, the main thing is Rylee is OK. We just need to assess the injuries that she has got. We are grateful for the care that she got and she is now back on Merseyside. The doctor has been to see her and we have got a couple of appointments booked for her, so hopefully we’ll be able to give everyone an update how long Rylee will be out for.

But the main thing is she is OK and I know Rylee and the team have seen all the support from the fans and the club. I know she is grateful for that. Rylee is a fantastic character, a great person and she will come back from this but she’s going to need a bit of time in the short term.

Thanks for your support as always.