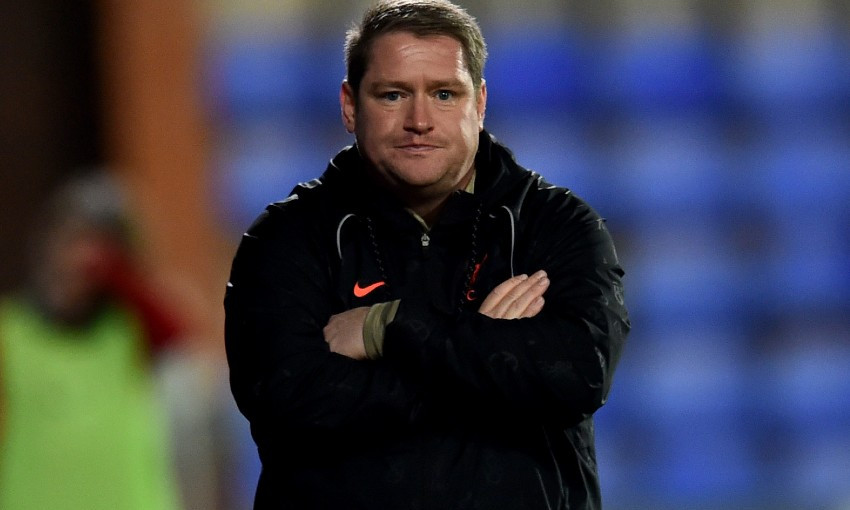 While it was frustrating not to take all three points on Sunday against Blackburn Rovers, I can’t be disappointed with our overall performance - especially the second half when I thought we absolutely dominated the game.

We created chance after chance and sometimes you have got to give the opposition credit for the way they defended and put their bodies on the line. They came to frustrate us and try to hit us on the counter-attack, and I felt we dealt with that really well.

A few teams dropped points on Sunday and Durham lost to Crystal Palace. I’ve said it all along: it’s not going to be a foregone conclusion for anyone this season. If you look at us, Durham and London City Lionesses, there is a little bit of a gap. We lost to London City Lionesses and drew with Bristol City and now Blackburn.

Like I said from day one, our season is not going to be defined by the opening-day defeat to London City or the draw with Blackburn. It’s another positive performance and we’ve just got to continue to make sure that we continue to pick points up - whether it’s one or the three points. That is all we can do.

Durham are a very well-organised side and I am expecting a very tough game on Sunday. They are consistent year in, year out, and their manager Lee Sanders has done an amazing job over time. We are just one point behind them in the league and we will go there full of confidence and nine games unbeaten.

People might say this is a massive game with it being first against second and just one point in it, but there is a long way to go and this game will not define the season. It’s about us just being in that position when we break for Christmas. That is then the business end of the season and when it all matters.

I’ve said to the players: we need to ensure that when it comes to that Christmas break, we need to be in and around the top group, and then we can really kick on in the New Year.

We have a few players out at the moment injured and that is why it’s so important we have such a good squad, which I’m really happy with. Our striker Rianna Dean is a few weeks away from returning and we are hoping Charlotte Wardlaw will be back soon. Charlotte is getting there and hopefully she will be back on the pitch for us very soon.

On Sunday it was fantastic to see our goalkeeper Rylee Foster back with us watching the game and she got a brilliant reception from our fans at Prenton Park. Rylee is in a good place personally, especially after what she has been through.

I have been amazed at her strength and the character she has shown. The girls have rallied around her and I’ve been going to see her once a week just to catch up with her. It’s vitally important during the next month or two that she looks after herself and her injuries get to heal.

I want to say congratulations to two debutants who played for us against Sheffield United in the Continental Cup last week in goalkeeper Katie Startup and defender Hannah Silcock.

With Rylee being out, it’s given Katie an opportunity and she has been training really well. I thought she did really well against Sheffield United.

Hannah, for such a young player, I thought she put in such a mature performance. You can see when she trains with us the maturity she has and she is very good on the ball. I felt she dealt with the threat of Courtney Sweetman-Kirk really well and that is a big positive for us. She can be really proud of her performance. It was great that her family were there to watch her as well and I’m really excited by Hannah’s future.

Thanks for your support as always.