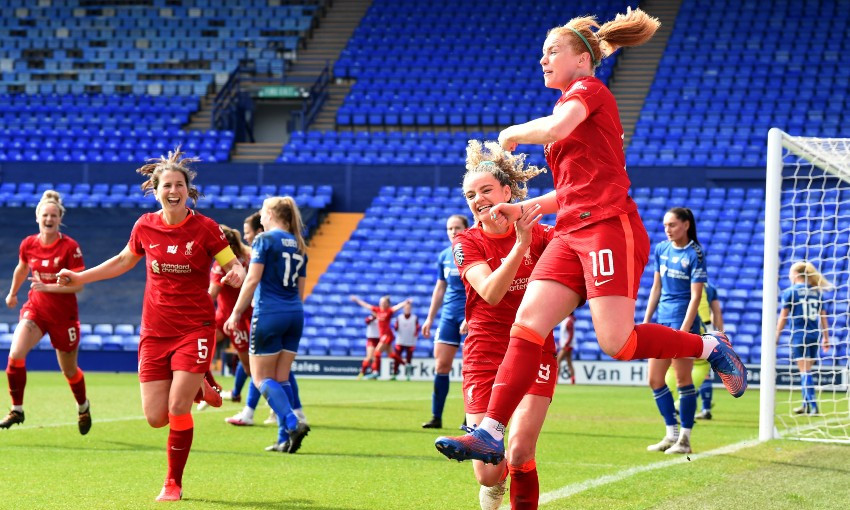 Rachel Furness’ double sandwiched a header from Katie Stengel to secure Sunday’s comprehensive victory, which puts the Reds 11 points clear at the top of the FA Women’s Championship.

Matt Beard’s side have just three matches remaining this season – one fewer than second-placed Bristol City Women, who they visit next weekend.

Therefore, Liverpool will travel to the south-west knowing that a draw will seal the second-tier title and a return to the Women’s Super League. 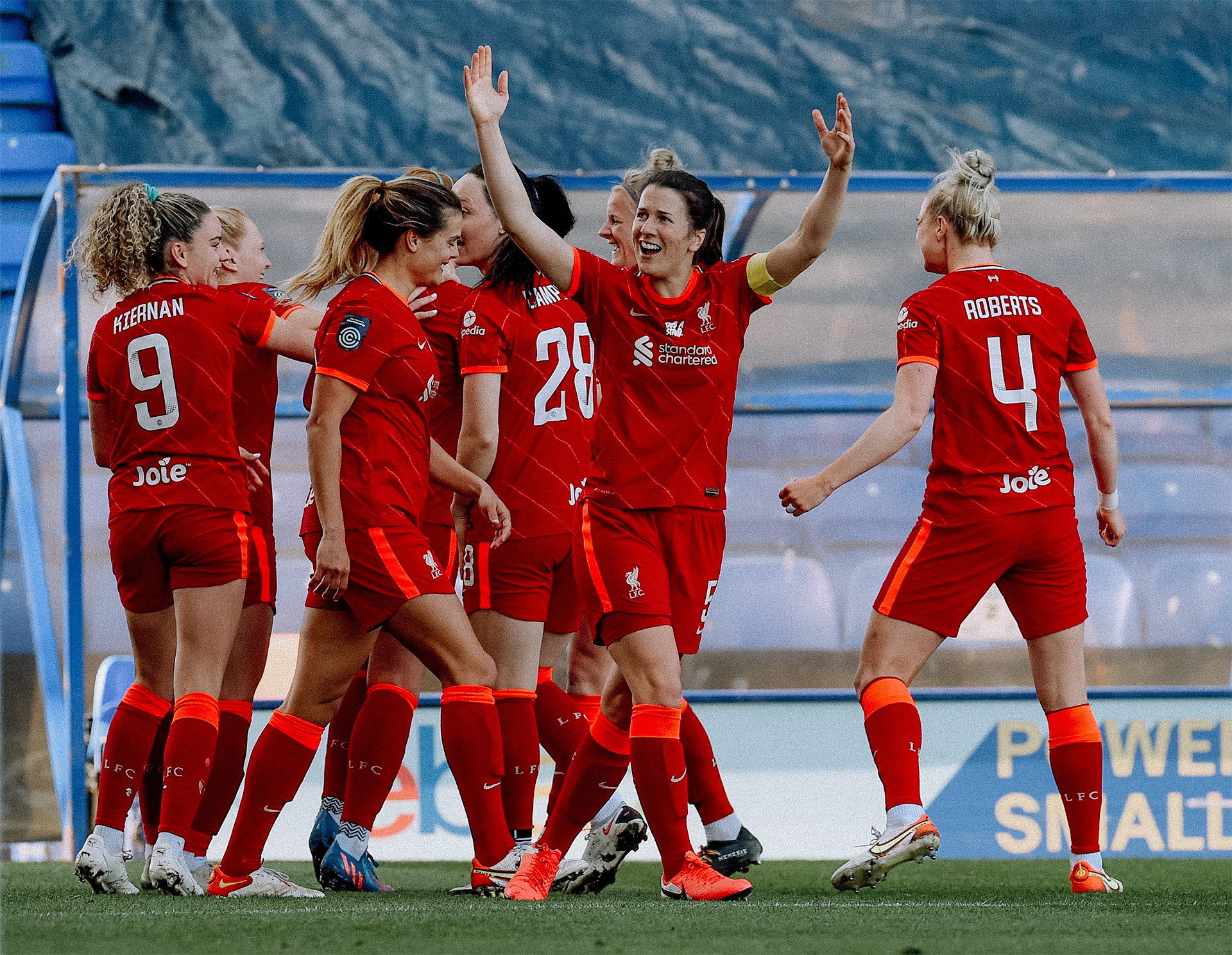 The hosts, unbeaten in the league since the opening day of the campaign, dominated the early exchanges and Leanne Kiernan had already seen a goal ruled out for offside prior to Furness’ ninth-minute opener.

Melissa Lawley’s corner was flicked on at the near post and Furness was on hand to steer a controlled, first-time finish low into the net.

Stengel saw a shot deflected over the crossbar after she had cut inside from the left, but Durham then managed to gain something of a foothold having being subjected to heavy pressure from the off.

However, the visitors were struggling to deal with Liverpool’s set-piece prowess, with Megan Campbell’s long throw-ins in particular wreaking havoc.

One such delivery from the left resulted in Stengel hitting the foot of the post but, just a minute later, the same duo combined to double the Reds’ lead on the stroke of half-time.

Campbell this time launched the ball in from the right and Stengel guided a fine header into the far corner.

Beard’s team remained in complete control after the restart, although chances were fewer and farther between than before the break.

And once again it was a set-piece that undid Durham for the third, which arrived 20 minutes from time.

Another excellent corner was sent in by Lawley and Furness planted home a powerful header to cap a superb Liverpool performance that puts them on the brink of promotion.