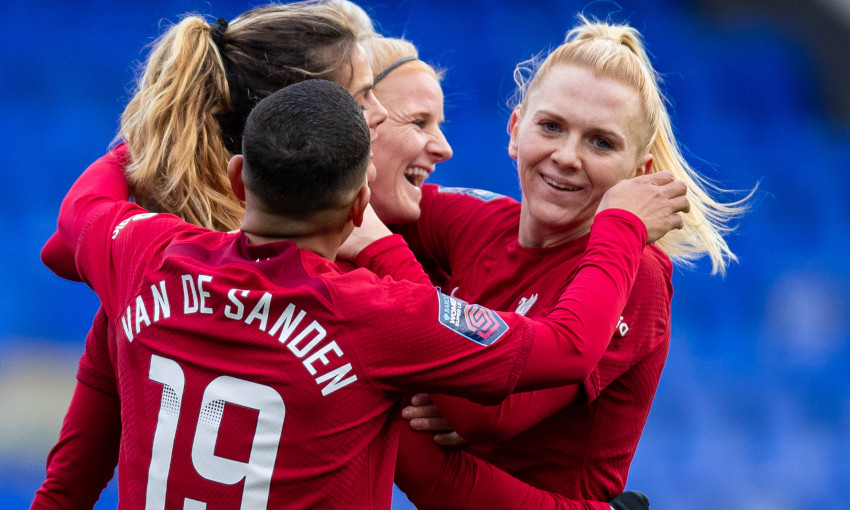 Goals from Ceri Holland and Katie Stengel highlighted a dominant Reds display during a first half at Prenton Park in which they created a host of chances.

A more even contest ensued past the break but Matt Beard’s charges saw it out to bag three points in the Barclays Women’s Super League.

It was an especially notable day for Reds captain Niamh Fahey too, the centre-back reaching the milestone of 100 appearances for the club.

Unbeaten in their last three matches coming into the game, Liverpool built on that recent momentum by taking a third-minute lead.

Holland pounced on hesitancy inside the West Ham penalty area from Gilly Flaherty’s forward pass and beat the outrushing goalkeeper to the ball, which she prodded high inside the left post for 1-0. 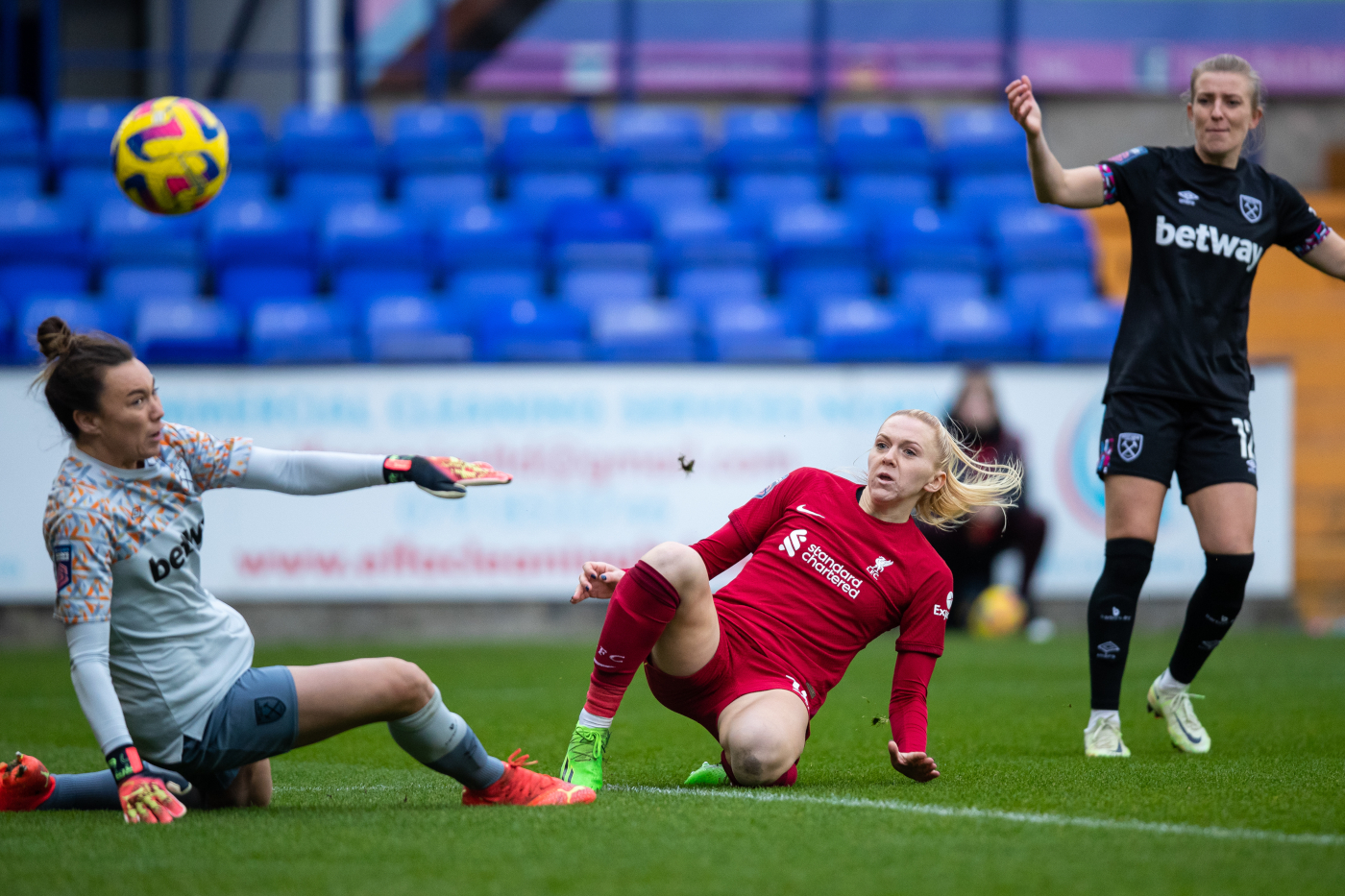 From a right-flank launch into the area, the ball fell to Melissa Lawley, whose effort was dragged low across the goal, struck Flaherty and drifted over into the stands.

Another chance swiftly followed, Fahey flicking on Campbell’s throw from the left touchline this time and Flaherty’s touch-and-shot looping too high to trouble the Hammers.

And it arrived on 20 minutes as Taylor Hinds’ drive from distance was deflected kindly into the path of Stengel. The striker controlled the loose ball with one touch and guided it into the bottom corner with another, her sixth WSL goal of 2022-23.

They were close to a third before the break, with Arnold having to claw away a lovely, curling effort from Holland and Stengel hooking a shot over from Flaherty’s knockdown into a good position.

It continued to be largely one-way traffic upon the restart for the second half and West Ham had to clear away a swerving strike by Lawley that was on course for the net.

The No.11 turned provider soon after, swooping a right-to-left cross that teed up Van de Sanden, whose attempt fell the wrong side of the back post. 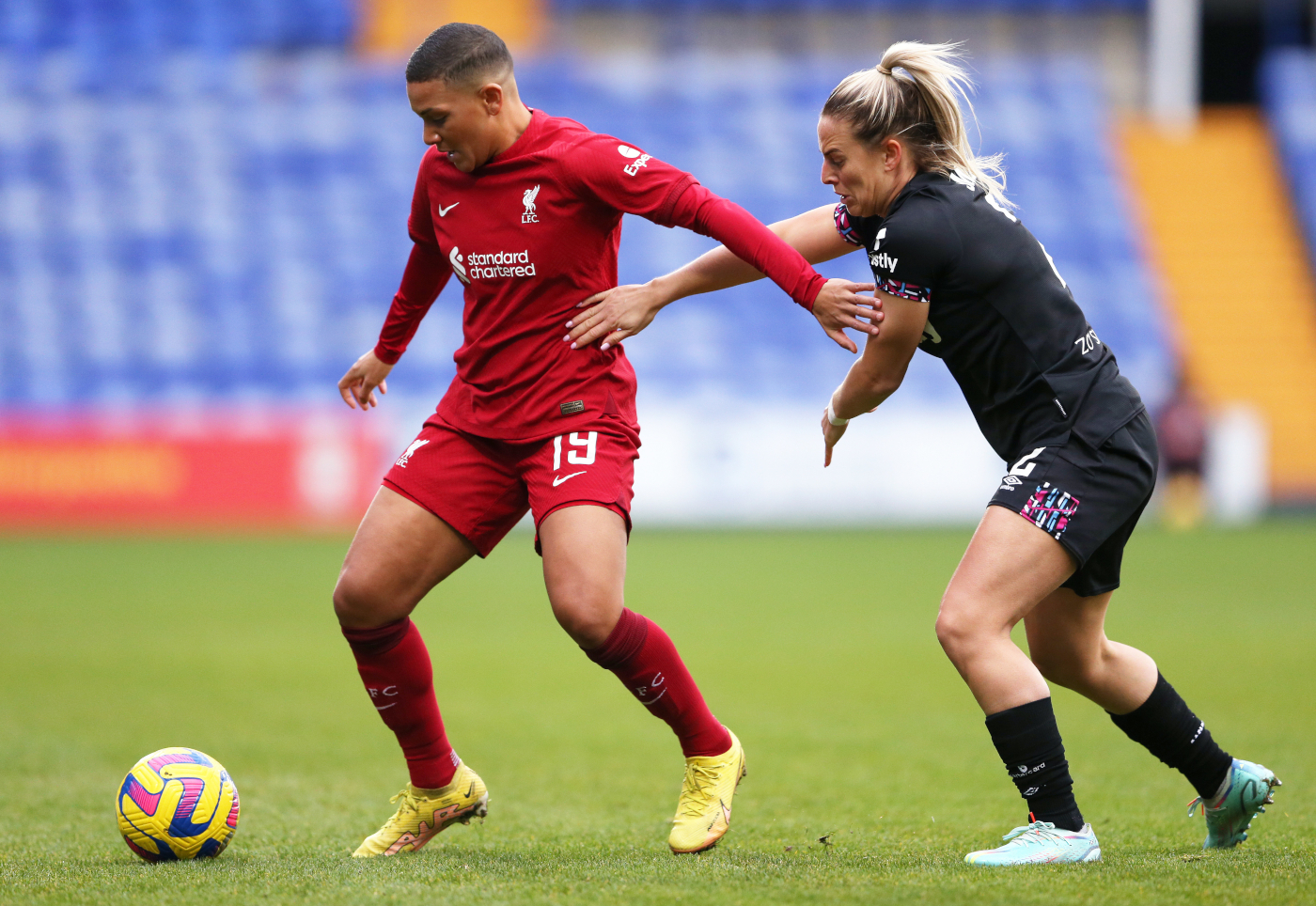 The visitors began to enjoy more possession as the minutes ticked away and Rachael Laws had to be alert off her line to mop up when Lisa Evans got past Campbell and bore down on goal.

Flaherty produced an excellent block inside the box to thwart the same Hammers player’s blast at goal after an incisive attack along their left-hand side.

And Laws was called into action as Evans’ cross into the middle found Dagny Brynjarsdottir for a shot that took a touch off the recovering Hinds and was palmed out by the Liverpool goalkeeper.

Substitute Yana Daniels saw a late diving header pushed off target, but the Reds saw out the 2-0 score and registered their second victory of the campaign in the Women’s Super League.